Something didn’t sit right with the congregation of Okemos Community Church after they spent $1.6 million for much-needed renovations to their nearly 185-year-old building.

“We really needed to have structural and accessibility and asbestos abatement and a number of issues done,” said the Rev. Rick Blunt, a United Methodist and senior pastor of the interdenominational Okemos, Michigan, church. “It’s just that it is not in the DNA of this congregation to spend money on itself.”

As a counterbalance, Blunt made a goal of forgiving $1.6 million in medical debt in their community through RIP Medical Debt, a nonprofit based in Long Island, New York.

By raising $15,000 during their campaign, Okemos retired more than $2.2 million in long-term medical debt for Michigan families making less than $55,000 for a family of four or whose medical debt is greater than 5% of household income.

RIP Medical Debt helped Okemos accomplish this feat by buying up medical debts from collection agencies, hospitals and physician groups in large, bundled portfolios for pennies on the dollar. 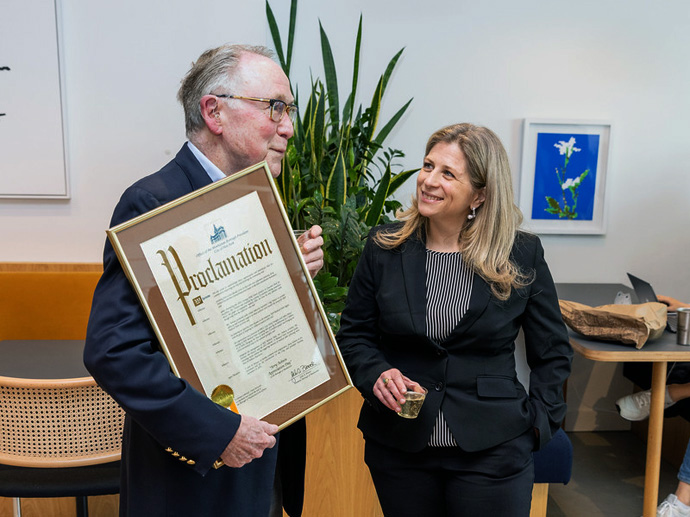 RIP was founded in 2014 by Craig Antico and Jerry Ashton, two former debt collection executives who were inspired by the Occupy Wall Street movement to protest economic inequality. Ashton is retired but still on the RIP board. Antico is now CEO of ForgiveCo in Fort Collins, Colorado, which recruits businesses to pay off debts in exchange for the consumer goodwill it earns them.

RIP has been featured on John Oliver’s “Last Week Tonight,” when the comedian’s show utilized RIP to pay off consumer debts of nearly $15 million in 2016.

Since 2018, RIP has collaborated with 130 United Methodist churches on medical debt abolishment, donating $608,000. That's a face-value impact of over $60 million of medical debt relieved, said Daniel Lempert, vice president of communications for RIP.

The Rev. Harriet Bryan, senior pastor of Madison Street United Methodist Church in Clarksville, Tennessee, found out about the program during a local news broadcast.

“I thought, ‘Churches could do that, too,’” Bryan said. The church has done two RIP campaigns so far, raising enough to wipe out $4 million of medical debt in Tennessee and Mississippi.

“I have the good fortune of serving a church with resources,” she said. “And so I wouldn't say that there are a large number of people who have struggled with medical debt, but there is an awareness that that is a crushing burden for a lot of folks.”

At Wahoo First United Methodist Church in Wahoo, Nebraska, the Rev. Michael Carpenter said the 150th birthday of the church led to a campaign with RIP Medical Debt.

“We wanted to do something for others as well (for the anniversary), not just bless the folks in the church,” Carpenter said. “During our brainstorming, the concept of Jubilee in Leviticus came up.”

In Leviticus 25, people are instructed to forgive debts every 50 years.

“The church latched onto that concept in the Bible of the Jubilee,” he said. “That led me to a friend of mine back in the Oklahoma Conference … who had done a medical debt forgiveness campaign, back probably in 2018.

“I reached out to them, and then got put in touch with RIP Medical Debt.”

The congregation raised more than $15,000 for the effort.

“RIP Medical Debt promises they’ll forgive at least 100 times what you raise, so $1.5 million resonated with our 150thanniversary.” 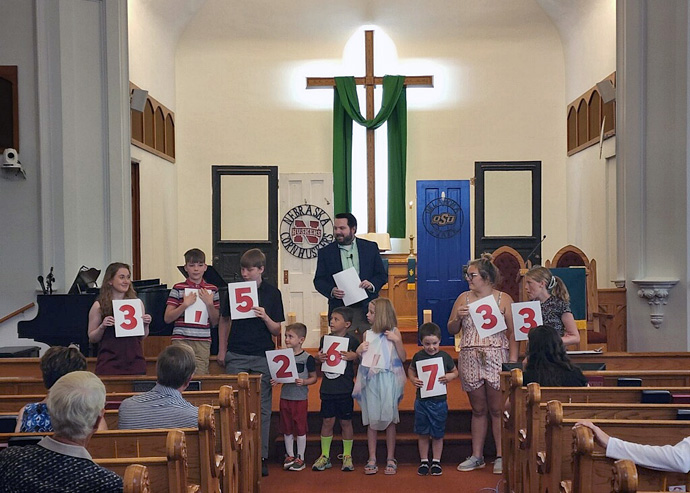 In Wahoo First’s case, Carpenter said, RIP Medical Debt was able to buy significantly more because of factors such as the age of the debt and different market conditions. The church’s campaign led to more than $3.5 million in medical debt forgiveness.

“It's been huge for our congregation,” he said.

For the most part, the churches don’t know exactly who they have helped, unless they are contacted by recipients.

“People are always like, ‘Who are we helping?’” Blunt said.” “If one of them were to contact the church, then you would know, but that would be totally up to them. … But ultimately that protects people’s dignity.”

RIP can target a particular geographical area for a campaign, and also provide a breakdown of how many were helped in each county of a state, he added.

Wahoo First has been energized to do more from the medical debt effort, Carpenter said. A summer “Pizza in the Park” ministry fed some 4,500 children in the community last summer.

“That was received well, and then we just launched a couple months ago a new ministry called ‘Laundry Church,’” Carpenter said. “We had a whole bunch of folks in the church just bring all their spare change, converted it to quarters and camped down at the local laundromat and paid for folks’ laundry and (so we were) in community with them.”

The ultimate goal is for RIP to become unnecessary because the societal issue gets fixed, Sesso said.

“(RIP) is always going to be laser-focused on the issue of medical debt because, frankly, we have our hands full there,” she said. “On the one hand, I want to help people because I know that the system is broken. At the same time, I want to make sure that we are talking about the fact we shouldn't exist as an institution, and that there should be larger solutions to this problem that are beyond me.

“I want to be actively participating in conversations around bigger solutions, and the impact that not solving this problem is having on individuals.”

The United Methodist Church is helping empower women through a group-based funding strategy where women contribute to and benefit from small loans.
Global Health

Healing Guatemala, a medical mission in Guatemala that is connected with the South Carolina Conference, is taking a huge leap of faith in the hopes of saving a young girl’s life. The ministry is arranging to get a bone marrow transplant for Dulce, a 10-year-old with a rare genetic disorder. But Healing Guatemala needs financial help for the procedure.