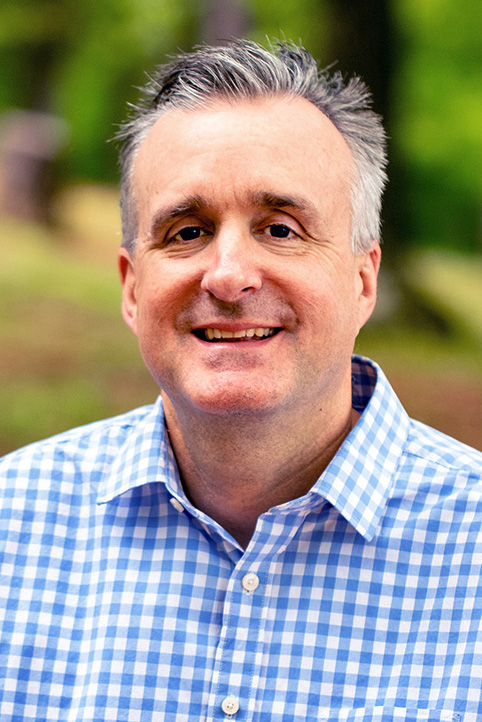 The Rev. Wes Magruder.
Photo by Jennifer Silver, General Board of Global Ministries.

Methodism is an inherently practical movement. From the very beginning, founder John Wesley was conscious of the question, “What works?”

In other words, he was intent on finding the best means for reaching his ends, which I understand to be expressed best in his own words: “to spread scriptural holiness across the land and reform the nation.”

Wesley’s biography is filled with moments in which he discovered new and better ways to accomplish his ministerial goals. For example, despite his initial misgivings, Wesley began preaching outdoors in fields, where he discovered he could draw large crowds to hear the gospel. Later, he discovered that dividing Methodist societies into classes of 12 was not just an effective fundraising scheme but a novel approach to pastoral care. He equipped lay men, and later women, to become traveling preachers, then ordained some of them with his own hands.

All of these strategic choices were practical solutions to problems that Wesley faced in everyday ministry. It seems that this drive to practical innovation is part of the Methodist DNA. We still ask, “Does this work?” “Is this effective?” “Can this be replicated elsewhere?”

Two years ago, in the early throes of the COVID pandemic, I did some research among North Texas Conference clergy and found that most were already offering Holy Communion online, even though they had little to no strong theological rationale for doing so beyond the simple formula, “Does online communion work?”

Almost without exception, the clergy I interviewed framed their decision to offer online communion as a matter of practical necessity. Two went so far as to make an explicit link to Wesley’s own embrace of field preaching; as one said to me, “All the reasons that people are saying no to online communion (are) the very same reason(s) people said no to field preaching.”

This Wesleyan impulse to use any means possible to spread scriptural holiness is admirable to a point. It signals a missional heart, a willingness to act in accordance with the ever-moving Spirit of God, an earnestness to have the mind of Christ.

But an uncritical embrace of any and all means is a dangerous position in this particular period of history. We are in the middle of a seismic shift in technology, particularly digital communication technology. Not only do we not know where these new technologies are leading us, we don’t know what effects they will have on us as human beings, as Christians, as Methodists.

The United Methodist Church’s default position toward digital communication seems to reflect the belief that all technology is value-free; every new app, platform and invention can be used for good or evil, depending on the user. Therefore, the reasoning goes, we can — and must — embrace these new technologies to spread our own content. We propose to simply apply the General Rules to every device we have, asking whether we are doing no harm or doing good.

That’s why the church has mostly supported the practice of online communion, conferences have held workshops that advocate a “both/and” approach to streaming worship online, and practically every local church now has a social media presence. This position can also be seen in a recent United Methodist News opinion piece, which advocated that the church stake out a presence in the metaverse; the reasoning goes, the metaverse is a part of our world, therefore, we should be present in that world to offer Christ.

One of the longest-running debates among technology’s ethicists and philosophers is the question of whether the tools we create are truly value-free. From the earliest days of the 20th century, Lewis Mumford and Jacques Ellul began sounding the alarm that technological progress itself is not an intrinsic good, and that it can act as a kind of idol, an unacknowledged god of modern society.

Marshall McLuhan showed us clearly that every new technology does more to us than we recognize, especially at first. The school of thought which he founded, including such names as Neil Postman and Douglas Rushkoff, continues to sound the warning that social media, virtual reality and artificial intelligence are not simply tools that we wield at our own volition to shape the world around us; these tools are shaping us. And we don’t know yet how they are doing that.

But we are beginning to discern that something is not right. Just to cite one example, an increasing amount of academic data shows that social media use among young people greatly lowers self-esteem and feelings of self-worth, particularly among girls. Perhaps the most Christian thing the church could do would be to urge young people to stay off social media. Instead, the church, like every other institution in the world, actively encourages its people to become involved on social media. In fact, the church cannot bear the thought that it should not be present on social media. If one were to ask, “Why must we be active on social media?,” the only honest answer that can be given is, “Because everyone else is!”

We are living in a far different time than John Wesley, particularly when it comes to communication media. His decision to preach in the fields didn’t change the medium of his sermon; it only changed the spatial context. He still spoke in the presence of his listeners; the act of speaking and hearing occurred in one place. But something different happens when we use electronic or digital communications. Our communication becomes disembodied. Mind and body are separated.

This is a feature of contemporary life that the church ignores at its own peril, for the essence of our faith is the conviction that God has become incarnate in this world. God took on a body and entered the space-time continuum. Jesus is the Incarnate One, the perfect image of God.

Therefore, it should be noted that God did not come to us in disembodied form. God didn’t come to us as a Monty Python-esque floating head in the sky, nor as a televised image or radio broadcast voice. God had a body that could be seen and touched.

Rather than rush to use every new digital technology that comes to us because “it works,” the heirs of Wesley have to do something that he simply never did: develop a critical mindset toward the technologies that we have naively allowed to shape our lives.

Magruder is an ordained elder in the North Texas Conference and is currently serving as a Global Ministries missionary, appointed to Katanga Methodist University in Mulungwishi, Democratic Republic of Congo.

Pastor says it’s time to move beyond binary thinking about abortion and have a broader conversation.
Local Church