In July 2008, Bishop Joaquina Filipe Nhanala made history by becoming the first woman elected to the United Methodist episcopacy in Africa. She leads the Mozambique Area.

In honor of Women’s History Month, Nhanala reflects on United Methodism in Mozambique — its challenges and achievements — and how she has managed the multiple crises that confront her episcopal area today. Some responses have been edited for space and clarity.

Since your election to the episcopacy, the Mozambique Episcopal Area has faced several challenges. What are the biggest ones you have experienced?

Poverty, high unemployment, illiteracy, lack of proper infrastructure that ensures health for the population, immorality, domestic violence and the proliferation of churches that speak more about prosperity than the good news itself for salvation. ... Associated with these challenges, we also have armed conflicts and natural disasters. Such phenomena make the lives of our people worse, forcing them to live on the periphery of the periphery — that is, making them more vulnerable.

What are the possible solutions to these challenges?

We try to encourage families to embrace the various opportunities the church offers in order to equip themselves with skills to face the challenges of day-to-day life, thus enabling them to create self-employment for income generation. With the help of our partners, we have created projects in … agriculture, electricity, metalwork, carpentry and others for communities, with a greater focus on young people. We also have a project of building houses for rent, with hope that, one day, it will ease the burden on members and, in some way, improve the life of the church and even the clergy.

In 1992, the General Peace Agreement in Rome was signed between RENAMO (Mozambican National Resistance) and the FRELIMO government (Mozambique Liberation Front). What good did this agreement do for the Mozambican people?

The General Peace Agreement brought hope to the Mozambican people. It brought the possibility of people restarting their lives after 16 years of civil war. It also brought an environment in which people were able to forgive themselves, even without the other person asking for forgiveness. The (agreement) allowed that both internally and externally displaced persons, or rebels, could return to family life. … It seemed to be at the end of two consecutive conflicts: the one that culminated in the celebration of independence that did not last long (1975) and the one that marked the end of the civil war (1992).

What did the peace agreement do to the church in Mozambique?

It naturally made room for the church to carry out its mission of preaching the gospel in words and deeds. The church grew numerically and qualitatively. The church found room, once again, to preach the gospel of forgiveness, to teach, to baptize and to carry out socially beneficial works for the communities. The (agreement) allowed the church to be and act as a church in almost the entire country.

Natural disasters such as droughts, floods and cyclones happen frequently in Mozambique. What message has the church shared with its members and society?

In the last five years alone, the country has been plagued by six cyclones of overwhelming magnitudes (Dineo, Idai, Kenneth, Eloise, Chalane and Guambe). In times of natural disaster, the church has, once again, preached the gospel of healing and hope ... It has helped, shared and encouraged survivors to benefit from the available means the church has in the country, and from those it receives from its partners such as the United Methodist Committee on Relief and … conferences in Missouri, New York and Germany. The church seeks to do good through provision, therapy and healing for survivors of natural disasters.

Church members in the country have responded in a fantastic way. Practically, they live out and show what Christ would do when seeing people suffering. The church provides food, clothing, and hygiene and construction supplies. Still others welcome survivors who were left homeless. The support that the church has provided is … moral, psychological and spiritual.

In response to natural disasters, what is the church doing at the moment?

One of the things we thought … good to incorporate, apart from provision of livelihoods and shelter, is education of the church and communities about the importance of observing the warnings and information signals shared by the government for the prevention of the effects of natural disasters. We have, in some places within our episcopal area, relief teams. These are trained response teams that, in turn, train communities at the grassroots levels on disaster prevention and mitigation. 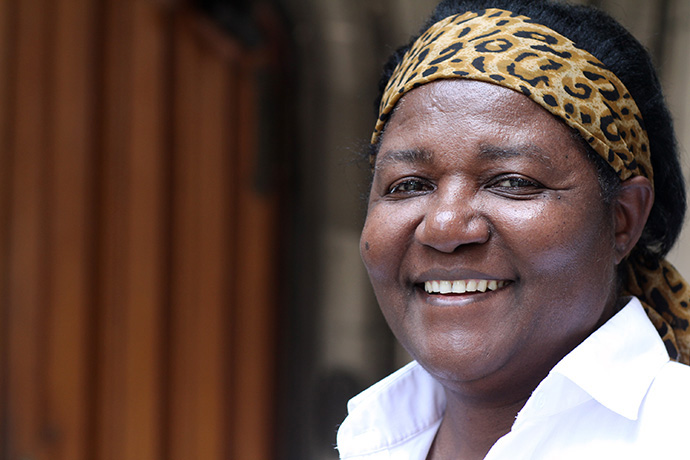 What is the geographical extension of your episcopal area and how have you managed all these crises?

Our episcopal area is geographically large. It encompasses four countries, namely: Mozambique, South Africa, Swaziland and Madagascar. Therefore, this sometimes requires travel for supervision and guidance. Thank God, the Lord’s work on the ground has been going well … with the collaboration of servants who are committed to the church mission. Although in some places we have to work with the help of translators, the flame of the gospel is burning and very strong.

Mozambique is a country in the southern part of Africa, rich in natural resources. Do you think this blessing is becoming detrimental because of the emergence of armed conflicts?

Talking about armed conflicts in Mozambique is a reality. As we speak now, in the north and center of the country, there are brothers and sisters who are suffering due to these conflicts. A conflict not only kills and displaces people; it (also) destroys all human and psychological web. Such destruction is not reconstructed simply by provision of home, clothing and food. Here, both church and the whole active society in the country are called to act in search of therapeutic solutions that will accompany other means of cure in order to revive … God’s children. 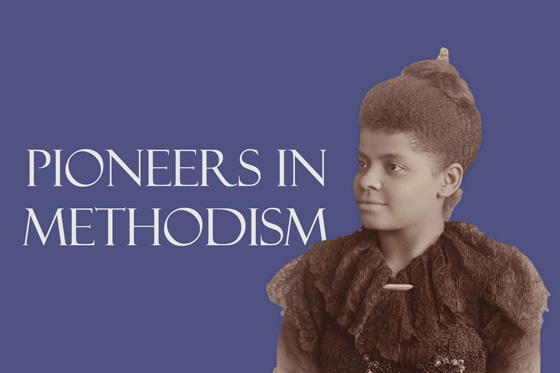 Read more about pioneering Black women in Methodism in a two-part Ask The UMC series.

How is the church doing in areas affected by armed conflicts?

Conflict does not choose victims. Our members in the conflict zones are directly affected. Pastoral families appointed there are also affected. There are places where we had to remove the appointed pastors to spare their lives. Naturally, with a forced exodus such as this, we are left without a church in the conflict zones, which is very unfortunate.

What do you believe are the root causes behind these conflicts?

These are two types of conflicts with different protagonists. One has to do with discord with regard to the results of the presidential elections in the country. Associated with that, there was a division within the largest political opposition party in the country, National Resistance of Mozambique (RENAMO). … The so-called RENAMO Military Junta … sows pain and terror in the central area. Secondly, the conflict … is perpetrated in the northern part of Mozambique, particularly in Cabo Delgado province, which has already claimed thousands of deaths and displaced persons. It has many faces, and one of them is religious because Al-Shabaab members are involved.

Are the reasons for this conflict known?

The reasons behind this conflict in the north of the country are potentially linked to the existing natural wealth in Cabo Delgado. The Rovuma basin and the deep waters, under national management, are a source of large oil and gas deposits, with millions of cubic meters to be explored. It is in Cabo Delgado also where precious stones of international and economic interest are found. Thus, Cabo Delgado becomes a hub of attraction for vultures with perverse interests. Another face of the conflict is attributed to insurgents who, unfortunately, do not want to … sit at the negotiation table with the government. While negotiations are not happening, these armed unknown forces kill, loot, set fire to houses, destroy all types of infrastructure, and kidnap and rape defenseless populations.

What has been the church's action in these conflicts?

The church has actively provided relief in those places where survivors have found refuge. It has supported families who have fallen victims/survivors of the armed conflicts. In Cabo Delgado, for example, through local initiatives, we collect financial and material resources that have been channeled to beneficiaries. … Partners such as UMCOR and the Missouri Annual Conference have been with us in the search for solutions to mitigate the suffering of our brothers and sisters in Cabo Delgado.

What do you think is still missing in conflict resolution?

The lack of a serious and open dialogue between the parties contributes to the outbreak of armed conflicts. The dialogue between human beings, however different they might be in their opinions, is important because it is only through dialogue that people understand each other. Weapons have never resolved our differences of opinion.

You spoke earlier about the challenges. What steps has the church taken to resolve or minimize them?

One of our investments is focused on the empowerment of church members and communities within the episcopal area. We encourage them to embrace the gifts and opportunities. … We have, for example, empowerment programs aimed at women, girls, children and young people as they represent the most vulnerable strata. At the conference level, we try to implement sustainability projects for fundraising that can alleviate and reduce poverty.

We have serious problems in the maternal and child health sector, where, even today, we continue to have high mortality rates.

In the area of education, we have schools at all levels where we contribute with the formation of a new generation of leaders who will positively respond to the current global challenges. We equip the church and society in general with tools and skills with which they can create self-employment or search the market.

Sambo is the Lusophone correspondent in Africa for United Methodist News. He also is assistant to Bishop Nhanala and pastor of a congregation in Maputo. News media contact: Julie Dwyer, news editor, [email protected] To read more United Methodist news, subscribe to the free biweekly summaries.

Three episcopal leaders from Africa signal they would go with a new traditionalist denomination if The United Methodist Church splits, but others aren’t joining in such statements.
Racism

Anonymous letters criticizing the appearance of its African associate pastor have led to self-reflection for a Virginia congregation and a “Do No Harm” campaign seeking changes in The United Methodist Church.
General Church

The drafters of the Christmas Covenant are leading webinars in the Philippines, Africa and Europe about their proposal for changing the denomination’s global structure.