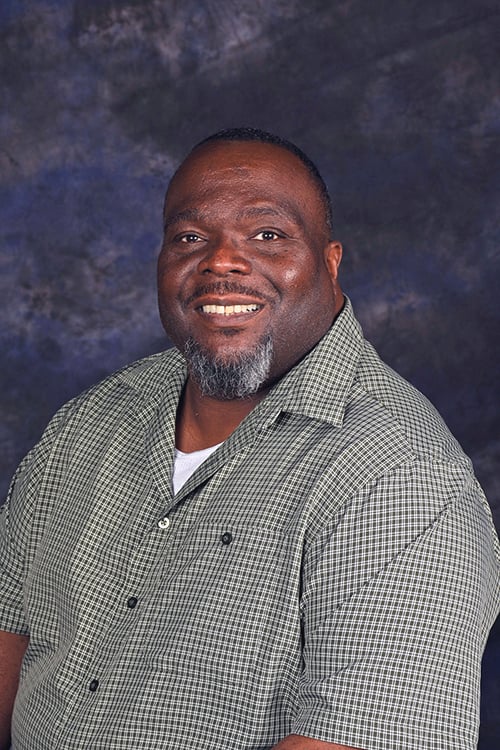 On Aug. 28, 1963, at the Lincoln Memorial you cast a vision for a more egalitarian society. Coincidentally, I was born on the 4th of May in 1963. Yet, it was this vision of a more inclusive, egalitarian and socially accepting world that has captivated this nation ever since.

So many notables spoke before you that day, but history was building to a crescendo, and all of your rhetorical and spiritual gifts came flowing through. And just for a moment, the world seemed like a more hopeful place. Your wife, Coretta, said, “At that moment it seemed as if the Kingdom of God appeared. But it only lasted for a moment.”

We have been chasing the dream ever since. There have been moments of bright sunshine and deep despair. In my last letter to you, I told you about the first inauguration of Barack Obama. It was a beacon of hope, and we did get the Affordable Care Act passed, which has helped millions to access the health care system in America. For that we are grateful. Yet, Black, brown and poor people of all colors still have morbidity rates higher than our affluent white brothers and sisters.

The dream that you shared in 1963 always finds itself pushing against the darkness created in the boardrooms of nationalism, racism and economic inequality. Our cities in urban America, though often headed by black mayors and city councils, still show signs of blight, while we build lavish downtown corridors for commerce and tourism. Just blocks away, you find communities ravaged by drugs, violence and hopelessness. Gentrification has become the oppressors’ answer for urban decay. Communities that once flourished fell into decay, in part due to redlining and the lack of real urban planning that included good jobs for non-skilled workers.

Yet, Martin, there are glimmers of hope and, again, your city of Atlanta is the epicenter of keeping your dream alive. When I wrote to you, the Rev. Raphael Warnock, whom I mentioned in my last letter, is pastoring your home church of Ebenezer Baptist. Well, because he was filling a vacated seat for the Senate, he had to run again in 2022. In the general election he won but not with the necessary margin of victory, so he was forced into a runoff with the Republican nominee Herschel Walker, a former standout running back. The people of Atlanta saw right through the plan to run two Black people against each other.

Walker was not selected for his acumen or his experience. Let’s just say, they saw a chance to use him to advance the ultra-conservative, anti-affirmative action agenda of those who would like to take us back to 1963. In your “I Have A Dream Speech,” you said that you looked forward to the day when humans would not be judged by the color of their skin but the content of their character. Well, Blacks and whites, Latinos and others looked closely at the characters of Sen. Warnock and football great Herschel Walker and decided that Warnock’s character and sincerity were the way to go. After a long night of waiting for results, Warnock was elected to a full term as the Democratic senator from Georgia.

Martin, people stood in long lines and rain, they mailed in ballots, and the race was won on the character of the two men. Of his mother, now in her 90s, a “preacher’s wife and former sharecropper,” Warnock said, “Who would have thought that a Black woman from Georgia who used to pick cotton would be able to use her hands to pick her son for the U.S. Senate.” This, my brother, is progress; this is an unfolding of the dream you preached about.

As a graduate of Boston University School of Theology, you were shaped by many United Methodists, including Alan Knight Chalmers and your dissertation adviser, L. Harold DeWolf. So we consider you a part of the Methodist movement in America. Dr. William B. McClain explained to his students at Wesley Seminary that much of your systematic theology of freedom came from the teaching of Dr. DeWolf. What kind of meeting must be going on in heaven: DeWolf, Chalmers, McClain, theologian Howard Thurman and you — that’s a debate for all eternity.

Another Methodist connection has given us a glimmer of hope. The United Methodist Church has been in a heated debate about human sexuality for more than 30 years. This debate arose while the issue of race, class and gender equality faded into the background. Because of COVID-19 we missed the 2020 General Conference. But our Judicial Council, pressured by bishops who wanted to retire, authorized our jurisdictions to hold episcopal elections in November 2022. Living and serving in South Carolina, we are a part of the Southeastern Jurisdiction that also includes all of Georgia. We went off to the conference with an officially endorsed candidate. However, for the first time we had a majority of progressive delegates who were pushing for the “beloved community” that you referred to in 1968.

Two endorsed candidates were elected, a white male and female. Early in the proceedings, a write-in candidate from South Carolina was presented. Like the Senate race in Georgia, both candidates from South Carolina were Black. Both had similar training and backgrounds in ministry. The difference here was their dream for The United Methodist Church’s future. After a very powerful speech about her dream for an inclusive church to include color and human sexuality, she did the noble thing and withdrew her name from consideration. Yet, the winds of history were blowing from the Palmetto state to Lake Junaluska, and on Thursday morning delegates began to vote with vigor for the Rev. Dr. Robin Dease. Martin, on the 25th ballot on Thursday Nov. 3, 2022, at about 6 p.m., she was elected a bishop of the church.

Bishop Robin Dease has been installed as the resident bishop of the North Georgia Conference, which includes all of Metro Atlanta. In her sermon, she mentioned your dream for the nation. She titled her sermon, “I Dream A Church.” It was in some ways a glimmer of the dream you preached about in 1968.

Bobby McClain wrote to Robin Dease more than seven years ago and told her he believed that she would one day be elected a bishop in the church. He reminded her that “Black folk don’t elect bishops.” I saw it with my own eyes: White people heard you that day, and their children’s children elected a Black girl who was born in Brooklyn, New York, and raised in Bennettsville, South Carolina, to be a bishop in The United Methodist Church. Is it still a struggle to see the dream realized? You bet it is, but after 230-plus years of Methodism in South Carolina, a Black woman has been elected from the Palmetto State. “Let justice roll down like waters and righteousness like a mighty stream.”

By the way, Woodie White, now a retired bishop living in North Georgia, was a part of the installation for Bishop Dease.

So, just as Bishop White would close his letters to you, I say in affirmation, happy birthday, my elder brother. “We shall overcome!”

Lee is lead pastor of the Hartsville Cooperative Parish in Darlington, South Carolina.