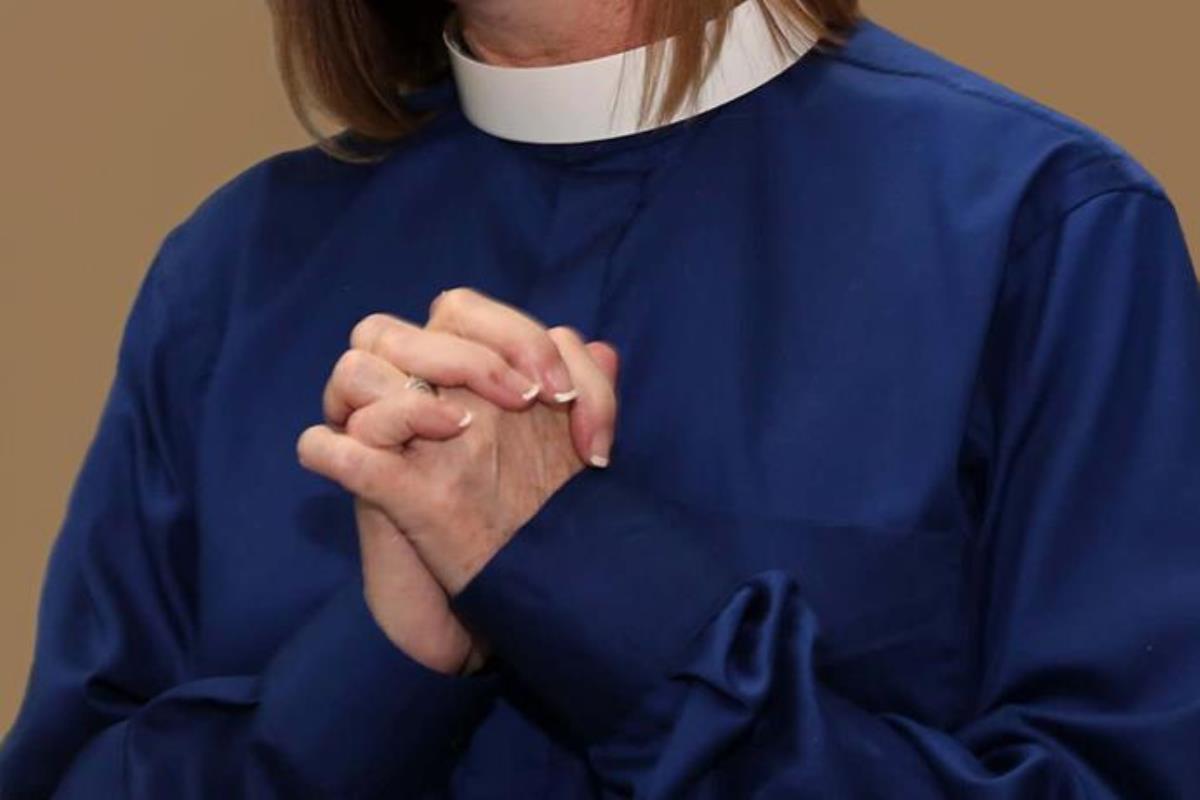 A study commissioned by the United Methodist Commission on the Status and Role of Women shows that while some progress has been made to make clergy salaries equivalent for men and women, there is still a long way to go. Photo by Kathleen Barry, United Methodist Communications.

• Some modest progress has been made, but more committment on the compensation issue from men and women in the church is needed, report says.

Compensation for women clergy in The United Methodist Church continues to trail that of their male peers, according to a new study, despite progress in many annual conferences.

“If we don’t expose it, we will never fix it,” said the Rev. Pamela Pirtle, director of leadership development and accountability for the United Methodist Commission on the Status and Role of Women. The agency commissioned the study. “So we’re just … trying to put it out in the open so that we are mindful, because many people didn’t know.”

The second of three batches of information from the study (“2020 Geographic Trends of Gender Disparities in Composition and Compensation for UMC Clergy”) was released Oct. 27. The research was conducted by Magaela C. Bethune, assistant professor of African American Studies at Loyola Marymount University in Los Angeles.

In the United States, United Methodist women pastors made 8.2% less than their male counterparts in 2020, and there are far more male clergy than female in the denomination. Men make up 68.1% and women 31.9% of all United Methodist clergy.

“The percentages … speak for themselves,” said the Rev. Rachel Billups, pastor of Ginghamsburg Church, a multi-campus United Methodist congregation in the West Ohio Conference. Billups is one of the few female pastors leading a United Methodist megachurch. “As long as this level of disparity exists … there has not been enough emphasis within the denomination. And, it’s not simply an issue of equity for women, but also for persons of color, as well as for those clergy serving in and among the poor.”

The disparities are moving in the right direction, but very slowly, Bethune said.

“Without intentional effort and intervention … it's insufficient to address the magnitude of the issue.”

There are some factors that complicate the study:

• Women clergy were on average 11 years younger than their male counterparts in 2020, and more experienced clergy tend to make more money.
• Data was only collected from people enrolled in the Wespath Benefits and Investments system, meaning some part-time pastors, deacons and elders were not part of the study.
• The cost of living varies in different parts of the U.S., which might account for part of some disparaties.

The study also looked at housing allowances and parsonages — where again, women trail men in compensation.

“When analyses were conducted controlling for age, years of service, clergy member type and jurisdiction, clergywomen still received significantly less salary than men in 2020 in the following conferences: Central Texas, East Ohio, Iowa and North Georgia,” according to the report.

The Southeastern Jurisdiction stands out because of its lower percentage of female clergy: 27% in 2020. The four other jurisdictions all fall between 31% and 35%.

“I know they did some significant work down in the North Alabama conference,” Bethune said. “They're still not in a great space, but there has been a little bit of improvement.”

There are a good many women in the church hierarchy who are helping, and they are probably feeling pressure to do more, Bethune said.

“There are some conferences that are led by women right now … that are faring pretty poorly in terms of both representation of women and the compensation of women in those conferences,” Bethune said. “It is probably true that those women leaders are uniquely positioned to have greater intention and an understanding of how these issues work because they have actually made their way through that pipeline.

“But it's also logical that people would put the onus of that work on women because they're women,” Bethune said.

All conferences and jurisdictions need to examine policies and procedures that influence how clergy are compensated, according to the report.

“It is advised that factors influencing the overall situation of clergywomen (e.g., appointments, ordination processes, pipelines to ministry, etc.) also be reviewed, such that they may better support the participation, promotion and equitable compensation of clergy along lines of gender,” the report concluded.

Billups echoed the call for more work to be done and suggested a change in the way the issue is perceived.

“We need to fix our scarcity mentality and embrace our God of abundance,” Billups said. “We’ve got to share. There is plenty of Gospel and more than enough mission fields to go around. Let’s pursue new systems of justice for achieving equity together.”

United Methodist churches held memorial services where people who lost loved ones during COVID-19 gathered to console one another and celebrate life — things they were unable to do during pandemic restrictions.
Faith Stories

The Rev. Autura Eason-Williams, a leader in the Tennessee-Western Kentucky Conference, is being remembered for her exuberant Christian faith, her passion for justice and her generous hugs.