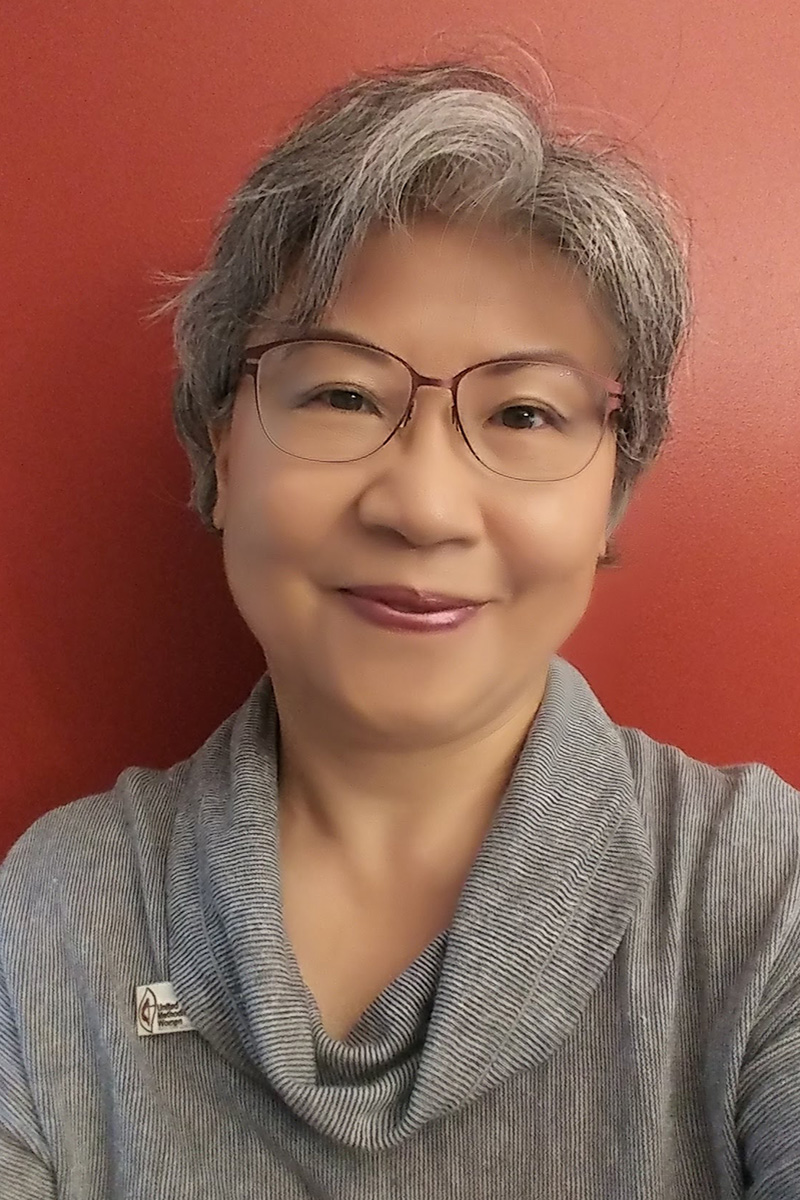 These questions are often asked in succession of Asian Americans. Sensing the implicit bias, my replies are: “I am from Bedford, Massachusetts,” “I am from Westchester, New York, but moved to Massachusetts a few years ago,” “Oh, I am Korean! I came here when I was in high school,” or “Oh, I discovered America in 1972. How about you?”

I reply with a smile, depending on the situation. I often feel their brief dismay before they share their personal history/herstory.

I was enlightened by the naked history of the racial injustice and systemic racism of my adopted country while serving on the Racial Justice Charter Support Team at United Women in Faith — previously known as United Methodist Women. I understand now the importance of standing up for my rights as a Korean American and also providing an educational opportunity to those who insist on their innocence of not seeing skin color.

Being “color blind” is white privilege that grows into entitlement. What seems to be a simple question of “Where are you from?” may explicitly imply their false ownership of this land that was taken away violently from the indigenous people more than 400 years ago.

Asian American and Pacific Islander Heritage Month originated from a weeklong celebration in the first week of May 1990. The first week was selected to commemorate the first-known Japanese immigrants arriving on May 7, 1843, and the completion of the transcontinental railroad by Chinese laborers on May 10, 1869.

In 1992, Congress passed the law for the monthlong celebration that needs to be credited to Jeanie Jew, a former Capitol Hill staffer who brought the idea of designating a month to celebrate Asian heritage to a New York representative in 1978. Jew’s great-grandfather emigrated from China in the 1800s and was part of the transcontinental railroad workforce.

Twenty thousand Chinese workers toiled through back-breaking labor, and hundreds died from explosions, landslides, accidents and disease, but their major contribution to this historical event was intentionally ignored. Not a single Chinese worker was asked to pose with the other white workers when the celebratory photo of the Golden Spike was taken.

These Chinese workers were hired due to a shortage of willing workers but were accused of taking jobs from white people while suffering from the xenophobic notion of “Yellow Peril.” The acts of violence toward the Chinese were common; one incident involved 17 men and boys murdered in Los Angeles in what is now known as the Chinese Massacre of 1871. Another involved San Jose’s Chinatown being burned and destroyed.

The first major wave of Asian immigration occurred in the late 19th century, originating primarily from China, Japan, Korea, India and the Philippines. These contracted workers were brought to Hawaii and the West Coast, where capitalists and missionaries had established plantations and settlements. As the Chinese population increased, the government banned the entry of Chinese to the U.S. and instead imported Japanese — and then substituted the Japanese with Koreans when they protested against the poor living conditions and low wages.

The Chinese Exclusion Act of 1882 prohibited their immigration for 10 years and was renewed by the Geary Act, which added restrictions such as requiring Chinese residents to carry permits at all times or face possible deportation. Influenced by the civil rights movement, the Immigration and Nationality Act of 1965 eliminated Asian exclusion laws and brought a large increase in the number of Asian immigrants. Today, about 22.2 million Asians are living in the U.S.

The nonviolent work of Dr. Martin Luther King Jr. leading the civil rights movement made it happen. Because of their fight for racial justice, my dad was able to come to New York City in 1969 and work hard for his American dream, with the rest of the family joining him three years later.

While growing up, I enjoyed the life of an affluent community and made an effort to assimilate to the mainstream culture. However, I was confused by my temporary and conditional proximity to “white privilege” and enjoyed the benefits at the expense of Black people. I became both a victim and perpetrator of racism. I was not sure how to react to the “Model Minority Myth” that seems like praise but is used to pit Black people against us. “Divide and conquer” to minoritize and disempower all non-white individuals has been in practice too long, obscuring justice.

In the racial justice charter by United Women in Faith, we state that we believe “that racism robs all human beings of their wholeness and is used as a justification for social, economic and political exploitation.”

We Korean Americans ought to recognize our own and all Asian Americans’ hard work, endurance, courage and cultural values, and celebrate our contributions and accomplishments in the midst of racism — especially during our heritage month. We also ought to remember that Black Americans fought the good fight for all people of color.

Kim is a member of St. John’s Korean United Methodist Church in Lexington, Massachusetts. She is also a member of the Racial Justice Charter Support Team of United Women in Faith and co-chair of the Korean Ministry Plan Racial Justice Task Force.