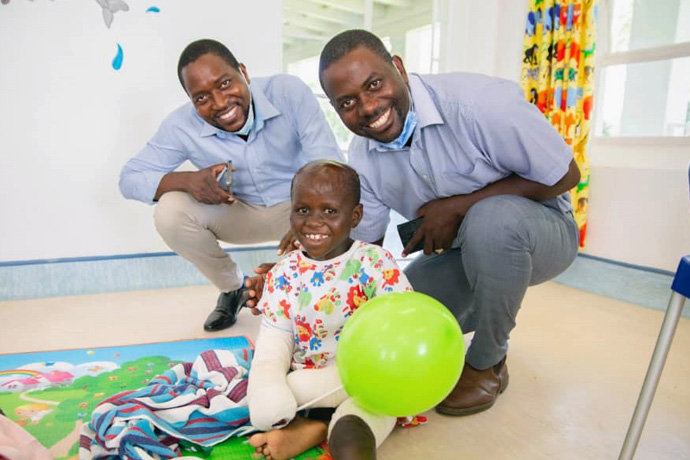 Dr. Eliot Chikati (left) and Dr. Tongai Chitsamatanga visit with Portia after a surgery for burn complications at Cure Children’s Hospital of Zimbabwe. Chitsamatanga, a pediatric orthopaedic surgeon, is one of two top surgeons from Zimbabwe who are United Methodists. Photo by Cure Zimbabwe, UM News. 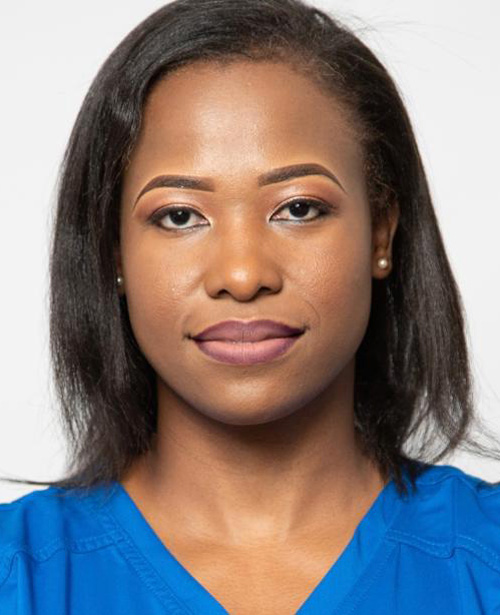 “The achievement of Dr. Kanyepi is unparalleled,” Gurupira said. “It has scored a first in this critical field of medicine.

“The gospel of Christ is centered on humility and selfless service and has been personified in Dr. Chitsamatanga, foregoing possible lucrative benefits for the humble service to his fellow nationals.”

He said the pair has demonstrated the core Christian principles of dedication and service provision. “We are proud of them as a church.”

Kanyepi said her journey started with undergraduate training at the University of Zimbabwe, followed by a two-year internship at the Parirenyatwa Group of Hospitals.

Kanyepi noted the limited number of cardiothoracic surgeons around the world.

“However,” she noted, “the demand for my services is higher in Africa specifically, as the burden of diseases is overwhelming. Heart diseases are quite common in the developing countries, so large numbers of patients need the often-inaccessible cardio surgery.” 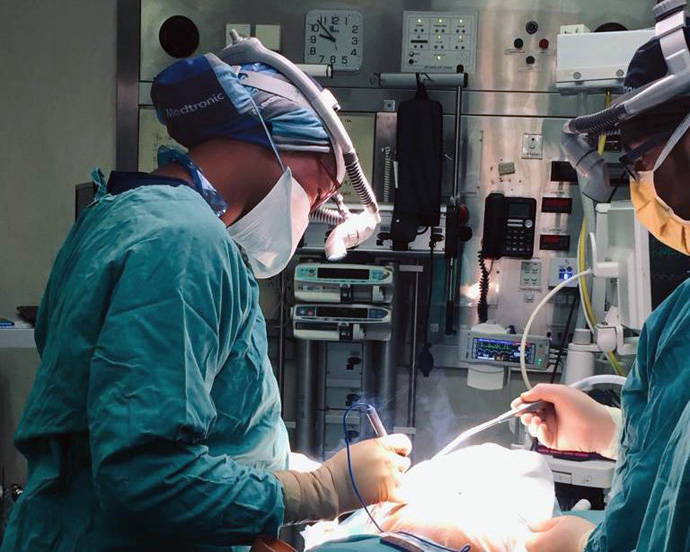 Currently, Kanyepi works at Inkosi Albert Luthuli Central Hospital and King DinuZulu Hospital in South Africa. She said she loves making a difference by offering a second chance in life.

“I am very passionate about my work,” she said, “and would like to come home to Zimbabwe, where, unfortunately, there is no cardiothoracic surgeon.

Because children born with hereditary heart diseases and defects are dying, Kanyepi continued, the issue must be addressed in a sustainable way.

“The main challenges of the job are the long, albeit rewarding, working hours,” she said. “The challenges are outweighed by the actual difference that is made, especially when you see a patient walking out of the hospital.”

Kanyepi “is a kind woman, open-hearted, and of a generous spirit,” said Dr. Nandipha Ndibi, a colleague at Inkosi Albert Luthuli Central Hospital. “What struck me when I first met her was her sense of determination and strong sense of purpose.

“She is a go-getter who set goals that she strived to achieve against all odds. Because of her determination, clarity of thought and certainty about who she wanted to be, everything just aligned properly for her.”

Rose Samuel, Kanyepi’s mother, is not surprised at her daughter’s success.

“She always enjoys putting a smile on someone’s face,” Samuel said. “The journey was long and tough, but I thank and give glory to God for her achievement.”

“My journey began 15 years ago,” Chitsamatanga recalled, “when I was assigned to the United Methodist-related Mutambara Mission Hospital in the remote mountains of the Chimanimani district, near Zimbabwe’s eastern border with Mozambique.” 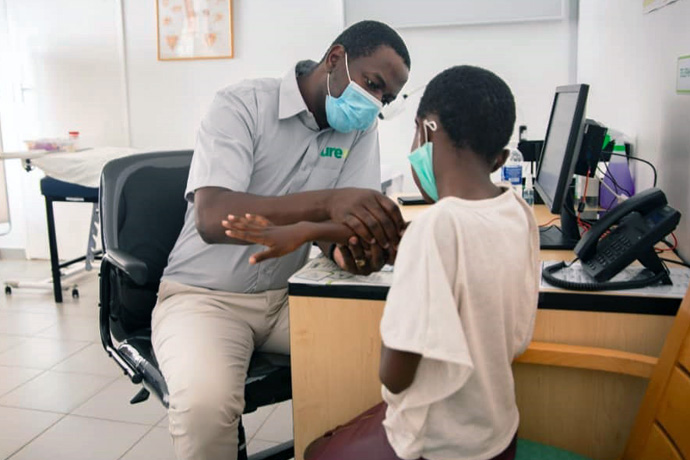 He studied medicine for five years at the University of Zimbabwe’s medical school and spent two years interning at Harare’s main Parirenyatwa Hospital.

“At Mutambara Mission Hospital, I saw a dire need since the hospital had not had a doctor in four years.”

Although anticipating a short stint, he stayed at the hospital for six years. He then began his specialization in orthopedics with the College of Surgeons of East, Central and Southern Africa.

“I did a year at Cure Malawi,” Chitsamatanga said, “where I fell in love with pediatric orthopaedics.”

After graduating, he did a year of senior registrar at Parirenyatwa Hospital, followed by a two-year fellowship in the United Kingdom.

“The decision to come back to Zimbabwe to serve the Lord and his children was not very hard. The foundation had been laid during my time at Mutambara Mission.”

At Mutambara, Chitsamatanga worked with his wife, Dr. Mercy Gaza.

“I enjoy my job,” he said, “especially attending to the most complicated conditions.”

Ethel Mapanda, Mutambara Mission Hospital administrator, described Chitsamatanga as hardworking. “He had a great passion for his work and was very humble,” she said.

Currently, Chitsamatanga is employed by Cure Children’s Hospital of Zimbabwe.

Chitsamatanga “is an exceptional surgeon,” colleague Gardner said. “His presence here has transformed the access to care for children throughout Zimbabwe who have musculoskeletal problems.

“Alongside his role in caring for children with excellence, he will be training the next generation of pediatric orthopaedic surgeons so that children will be able to access timely, local and high-quality care.”

Chitsamatanga was the fifth of 11 children. “He grew up being an obedient child and God-fearing,” said his father, Muroro Chitsamatanga.

“We used to go to the Methodist Church in Zimbabwe together,” the elder Chitsamatanga remembered, “before he started working at Mutambara Mission Hospital. He wedded at Mutambara UMC, and now he is a full member of Chisipiti UMC,” he said.

“I am very pleased with his achievements and the job he is doing. His future is very bright because he remained focused, even after the death of his mother in 2005. I always pray for him so that he remains resilient in Christ. I am very grateful to God and wish him the best in his endeavors.”

The Rev. Daniel Mutidzawanda, pastor in charge of Chisipiti UMC, said the denomination has a tradition of breaking the new horizons and claiming higher ground.

“We are proud of the two who are members of Chisipiti for their achievements,” he said. “They have made us proud as a church and as a circuit. We continue to pray for more members to achieve the highest level in their areas of specialty.”