• Clark was board chair of the United Methodist Publishing House.

• She also was a veteran General Conference delegate and served her local church, First United Methodist in Franklin, Tennessee, as lay leader. 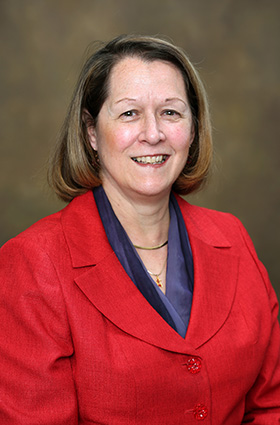 United Methodists joined in tributes to Tennessee Supreme Court Justice Cornelia “Connie” Clark, who served her denomination in a range of ways, including chairing the board of the United Methodist Publishing House.

The Tennessee State Courts announced that Clark died Sept. 24 at age 71, after a short struggle with cancer.

Clark was appointed to the Tennessee Supreme Court in 2005 and served as chief justice from 2010 to 2012. She directed the Administrative Office of the (Tennessee) Courts for six years before going on the high court.

“She loved the Tennessee judicial system and has made it better in immeasurable ways,” said current Tennessee Supreme Court Chief Justice Roger Page.

In a busy career of lawyering, judging and community work, Clark found time to serve The United Methodist Church, both at the local and general church levels.

In 2016, she became chair of the Publishing House, and helped guide that self-supporting agency through challenging times — including the early months of the pandemic, when Sunday school and vacation Bible curriculum sales plummeted as churches had to close their doors.

“She loved her church and saw her work on the Publishing House board of directors as a way to share her love of Jesus with others. Her integrity and commitment to this work continues to inspire us all,” said the Rev. Brian Milford, president and publisher of the Publishing House.

West Ohio Conference Bishop Gregory Palmer, a Publishing House board member, said, “Connie Clark epitomized the joining together of head and heart, diligence and dignity. Every place she served will have a noticeable hole for the foreseeable future.”

Clark was elected Tennessee Conference lay delegate to four General Conferences (2012, 2016, 2019, 2020) and chaired the General Administration Committee at the 2016 assembly, in Portland, Oregon.

At her home church, First United Methodist in Franklin, Tennessee, Clark had stints as lay leader and member of the staff parish relations, finance and worship committees. She also was one of the church’s trustees, and chaired the site selection and building committee during the church’s move to its current location in 2015.

“Justice Clark was among the most committed laypeople I have ever known,” said the Rev. Bryan Brooks, senior pastor of First United Methodist Church in Franklin. “Her greatest love was for Jesus Christ, and living out that love through the ministry of Franklin First was one of her greatest joys.”

Nashville Area Bishop William McAlilly was yet another United Methodist offering a statement after Clark’s death.

“The world is a better place and The United Methodist Church is a stronger church because of the faithfulness and witness of Connie Clark,” he said. “Connie modeled discipleship in every aspect of her life.”

Clark was born in Franklin, Tennessee, and grew up there and in Atlanta. She earned a Bachelor of Arts at Vanderbilt University and Master of Arts in Teaching at Harvard University. She taught for several years before returning to Vanderbilt to study law.

She joined a law firm after being admitted to the bar, and became the firm’s first woman partner. She also was city attorney for Franklin.

In 1989, Clark was appointed judge for the 21st Judicial District of Tennessee, and served for 10 years. She then became director of the Administrative Office of the Courts, a position she held until Governor Phil Bredesen appointed her to the state’s top court.

Clark was deeply involved in community service, serving on more than 25 boards through the years.

“She never had the time, but she made the time,” said Deborah Taylor Tate, current director of the Administrative Office of the Courts.

Clark was a founder of the Faith and Justice Alliance. That group connects volunteer lawyers with churches and other religious centers, to help reach those who need legal help but can’t afford it and also are reluctant to visit a law office or courthouse.

“Today, hundreds of Tennessee houses of worship provide thousands of hours of pro bono legal service to more than 7,000 people a year,” the court system said in a press release.

Clark had the second-longest tenure of any woman on the Tennessee Supreme Court.

“Perhaps more notable, she made a specific point to ensure the doors opened for her earlier by others continue to widen and be accessible to judicial candidates from all backgrounds, genders and races,” the court system said in its release.

Governor Bill Lee ordered flags across the state to be lowered in Clark’s honor. Her body will lie in state in the Old Supreme Court Chambers in the Tennessee State Capitol in Nashville from 10 a.m. to 2 p.m. on Sept. 29.

Clark’s family announced that her funeral will be at First United Methodist Church in Franklin, beginning at noon on Oct. 1. The service is expected to be livestreamed through the church’s website. Visitation will be at the church from 2 to 7 p.m. Sept. 30 and 10 to 11:30 a.m. Oct. 1.

In answering a Tennessee Conference questionnaire for candidates to be delegates to the 2020 General Conference, Clark shared about feeling called to serve The United Methodist Church.

“Our inability to resolve deep disagreements has caused pain to each other and harm to the church,” she said. “But I believe there is still hope for a way to live together, and I do not want to resist being part of God’s solution.”

Hodges is a Dallas-based writer for United Methodist News. Contact him at 615-742-5470 or [email protected]. To read more United Methodist news, subscribe to the free Daily or Friday Digests.

During the past 27 years, Reidland United Methodist Men and multi-denominational partners have built more than eight miles of handicap ramp. This month, the men’s ministry is on schedule to build its 1,000th ramp. The Tennessee-Western Kentucky Conference has the story.
Social Concerns

An annual gathering celebrating Native American culture under the auspices of the Tennessee-Western Kentucky Conference draws Native and non-Native Americans for dance, art and contemplation of serious issues.
Global Health

Once-vulnerable women who learned trades at the United Methodist Church of East Congo’s Mama Lynn Center are supporting themselves and becoming indispensable to their families.