The United Methodist Publishing House dates to 1789 and has come through many dangers, toils and snares, as the old hymn goes.

While the pandemic was closing church buildings, it also was sabotaging the Publishing House’s sales revenue, prompting leaders to lay off about a third of the staff and put the Nashville, Tennessee, headquarters up for sale.

Even with severe cost-cutting, the self-supporting agency recently forecast an operating loss for fiscal year 2021.

“We’re continuing to evaluate and reset the business, and right size, if you want to call it that, for what we can afford,” said the Rev. Brian Milford, the Publishing House’s president and publisher.

Among those watching is retired United Methodist Bishop Will Willimon, who has written many books for the Publishing House and its imprint Abingdon Press.

“I’ve talked to a couple of editors and they were in deep pain for having to lay off some talented and consecrated people,” he said.

But Willimon is a longtime advocate for shaking up The United Methodist Church, and he feels there are lessons in the bold moves the Publishing House was making even before the pandemic.

“They have been the first to recognize that we’re in a very different time and there’s got to be some painful adjustment,” he said.

Founded as the Methodist Book Concern, the Publishing House is the denomination’s oldest continuous agency, rooted in the emphasis Methodism’s founder, John Wesley, placed on Christian formation through literacy. 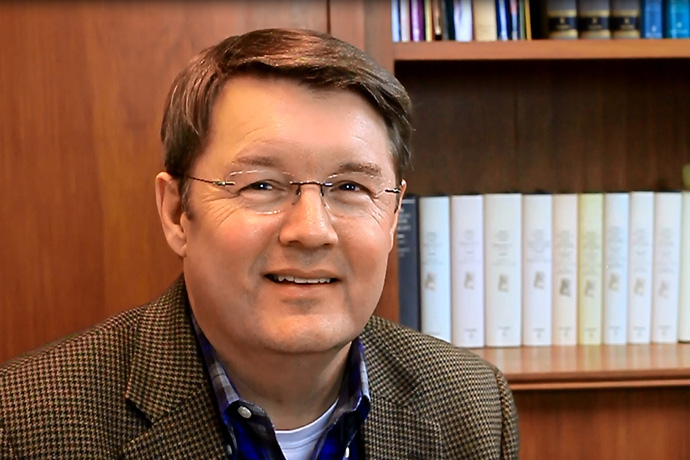 The Rev. Brian Milford is president and publisher of the United Methodist Publishing House in Nashville, Tenn. 2015 file photo by Kathleen Barry, UM News.
The Publishing House provides United Methodists (and other mainline Protestants) with Wesleyan-focused Sunday school and vacation Bible school materials, an array of Bible translations and editions (including its own recent Common English Bible), books on Christian faith and church leadership, the online magazine Ministry Matters, the United Methodist Hymnal and the Book of Discipline.

It also sells church supplies — everything from clergy robes to pre-packaged communion elements, which have been in demand during the pandemic.

“Their whole heartbeat is: ‘How do we help local churches make disciples of Jesus Christ for the transformation of the world?’” said the Rev. Adam Hamilton, pastor of the largest United Methodist church in weekly attendance, the Church of the Resurrection, in Leawood, Kansas. He also is a prolific author whose Abingdon Press books on Christian faith have sold cumulatively more than 2 million copies.

The Publishing House has persisted through wars, denominational breakups and mergers, and the Great Depression. But recent decades have presented some of the biggest challenges.

The denomination has been gradually declining numerically in the U.S., while also facing internal division over how accepting to be of homosexuality. In what many observers see as a post-denominational age, churches have increasingly shopped around for or made their own vacation Bible school and Sunday school curricula.

Reporting in writing to the 2016 General Conference, the Publishing House said that “the natural markets for congregational-based resources that have been the mainstay of UMPH work for decades continue to shrink.”

Meanwhile, the Publishing House has had to adapt to the internet age, including the discounting and delivery prowess of bookseller Amazon.com.

“We know we have churches that are buying their Advent study materials from Amazon,” said Neil Alexander, president and publisher emeritus of the Publishing House. “We know that because Amazon purchases those same products from us at a wholesale discount.” 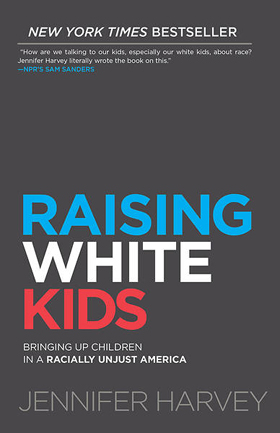 Book cover courtesy of Cokesbury.
One bright spot in a tough year for the United Methodist Publishing House has been the success of the Rev. Jennifer Harvey’s book “Raising White Kids: Bringing Up Children in a Racially Unjust America.”

Published in 2018 by the Publishing House’s Abingdon Press, the book made the New York Times bestseller list this summer after the George Floyd killing prompted so much discussion about race relations in the U.S.

Harvey, an ordained American Baptist pastor and professor of religion at Drake University, praised the Publishing House/Abingdon staff for their editing and promotion, including helping her to make national media appearances.

She said Abingdon had a new cover with the words “New York Times bestseller” on her book within a week or so after the fact.

In past decades, the Publishing House contributed nearly $50 million to support United Methodist clergy pensions. Since the 2008-2009 financial crisis, it has needed to focus on restoring its own defined-benefit plan assets.

The Publishing House, unlike other key United Methodist agencies, gets no apportionment dollars — that is, shares of church giving. Depending largely on sales, the Publishing House has had little choice but to change and retrench.

Through the years, the Publishing House has outsourced its printing and distribution operations. The most attention-grabbing move, announced in 2012 and carried out the next year, was closing all 57 of its bricks-and-mortar Cokesbury bookstores and focusing instead on selling through Cokesbury.com and at annual conference gatherings.

Many United Methodists complained about losing their local store, but the decision is hard to challenge in retrospect, given the demise of the Borders and LifeWay bookstore chains.

A few years back, the Publishing House also sold its downtown Nashville properties at a big profit and relocated farther out in the city, turning existing office space into a digital-first headquarters. Staff size dropped too, from 415 in 2016 to about 300 at the beginning of this year.

The board, elected from across the United Methodist connection, strongly backed the executives.

“All those very tough (board) decisions have been ultimately, virtually unanimous every time,” said Tennessee Supreme Court Justice Cornelia Clark, a board member since 2008 and current chair. “Not without regret, but with the understanding of the moment we’re in.”

But COVID-19 presented an unanticipated threat, closing church buildings across the U.S. beginning in March.

“If congregations are not meeting, they’re not using the resources we sell,” Milford said. “It was like somebody turned the faucet off.”

This year, given the pandemic, the church’s vacation Bible school went online. About 100 kids participated.

Instead of ordering lots of hands-on curriculum materials from Cokesbury.com, Bowen and team mostly came up with their own online activities.

Thinking of her church and many others that have limited or foregone curriculum orders, Bowen said, “It is evident how this impacts our Publishing House.”

When most U.S. annual conferences decided because of the pandemic to meet online, another depended-on sales opportunity for the Publishing House vanished.

The agency’s vacation Bible school-related sales have fallen 51% this year. Other key categories have been sharply down, and though many churches resumed meeting in-person, overall sales revenue for the Publishing House was still down nearly 30% for this October compared to a year ago.

The agency announced in late April that it would soon have to let go about 70 of its 296 employees. Additional layoffs followed. 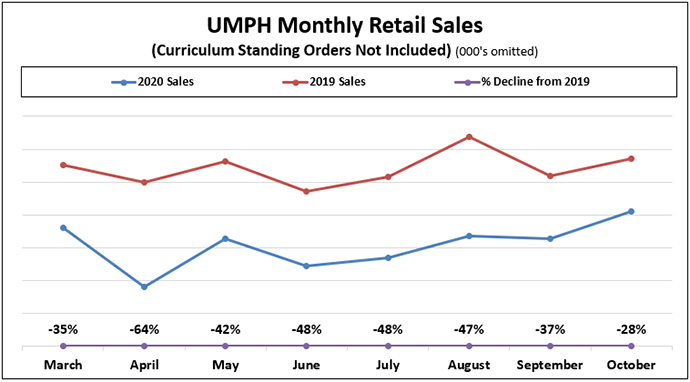 The COVID-19 pandemic has limited the ability of United Methodist churches to meet in person, which in turn has cut into the United Methodist Publishing House’s sales. Chart courtesy UMPH.
Milford said the Publishing House followed government guidelines in using about $3.8 million in federal Paycheck Protection Program funds to retain employees and extend severance for those in jobs that were eliminated. The agency had 153 full-time and 42 part-time workers at the end of November.

Clark verified that the agency’s top executives — whose salaries, some in the $200,000 to $300,000 range, are set according to publishing industry standards — have taken pay cuts.

“That to me speaks volumes about their understanding as to where we are and that they need to lead,” Clark said.

The Publishing House closed its own headquarters because of the pandemic, and the positive experience of working remotely, combined with the need to save funds, prompted a decision to sell the property — though the agency has only occupied it since 2015.

The Nashville real estate market remains hot, and the property should bring considerably more than its $17.6 million appraisal value, Alexander said. He foresees the agency having a small office for administration but with nearly all employees working elsewhere.

Even as the Publishing House works with the United Methodist Commission on Archives and History to arrange transfer of historical manuscripts and other artifacts, it’s trying to come up with a plan to close a projected operating loss in the $31.3 million working budget for fiscal year 2021.

The dissemination of vaccines for COVID-19 should eventually allow churches to resume in-person worship and order from the Publishing House more or less as before. But The United Methodist Church may well be headed for a breakup after so many years of division over LGBTQ inclusivity.

Hamilton of the Church of the Resurrection is among those pulling for the Publishing House, not least because he wants United Methodist pastors younger than himself to have a Wesleyan publisher to share their insights into Christian faith.

“The need for the Publishing House is more now than ever,” he said.

Meanwhile, Willimon sees the Publishing House as shock troops for the denomination.

“They’re a model for how you deal with downsizing. … They’re the first to step up and face facts.”

United Methodist leaders agree that big changes are coming as the denomination grapples with rising church disaffiliations. But disagreements remain on how best to balance financial uncertainty with missional commitments.
Evangelism

What began as a small way for Booneville United Methodist Church to reach out to the community has blossomed into an annual event attracting hundreds.
General Church