Nov. 30 Update: The Rev. Michael Tupper has pitched his tent in the snow and said he plans to camp outside a church official's Marquette, Michigan, office until the complaint against him moves a step closer to a church trial. Tupper wants the Rev. Elbert P. Dulworth, the Marquette District superintendent and the appointed counsel for the church in the case, to move the complaint to a committee on investigation. The Book of Discipline, the denomination’s law book, has no specific timeline for the work of a counsel, who acts as a sort of church prosecutor compiling material in the case. Dulworth’s office is housed at First United Methodist Church in Marquette.

Even after the case moves forward, Tupper said he plans to continue sleeping outside his own home in the Kalamazoo area until the 2016 General Conference. “It’s a symbol of how our church is treating LGBTQ people ─ that there is no room for them,” Tupper said. Beside his tent are signs that read "Delay & Silence Lead to Injustice & Harm" and "Sleeping Outside because The United Methodist Church's doors aren't open to everyone."

“We are aware that Rev. Tupper is frustrated by the pace of due process," said the Rev. Melanie Carey, clergy assistant to the bishop. “However, it is important that we allow the counsel for the church the necessary time to thoughtfully gather all pertinent information on this matter. The potential of a clergy trial is a serious situation, and that is why there is no time limit given to the counsel for gathering information.”

The church officially bans the ordination of openly gay clergy and bans clergy from officiating at same-sex unions. The denomination also officially encourages congregations to welcome all people.

A complaint against the Rev. Michael Tupper for helping to officiate at a same-sex wedding is moving forward in a process the pastor hopes will culminate in a church trial.

After an impasse in attempts to reach a resolution, Michigan Area Bishop Deborah Lieder Kiesey announced that she had referred the complaint to a counsel for the church. A clergy member appointed by the bishop, the counsel is responsible for compiling relevant materials in the case and acting as a sort of church prosecutor.

Kiesey designated the Rev. Elbert Dulworth, superintendent of the Marquette District, to serve in this role — the next step in a long process that could still end without a trial.

Under church law, the counsel for the church compiles the material that would next move to a committee on investigation.

“I am deeply saddened that we have come to this point,” Kiesey said in a statement. “We have spent hundreds of hours seeking a just resolution to this matter, but we have reached an impasse. These are difficult and emotional matters and I hold all who are a part of this process and impacted by it, in my prayers.”

In late September, Tupper — a pastor in the West Michigan Conference — informed Kiesey that he would not sign on to a just resolution of the complaint. Instead, he said, he would plead guilty at a church trial and would not contest any penalty determined by a jury of his clergy peers. His hope is that his case will spotlight what he sees as an unjust church law.

“Some may look at this decision and feel bad about what the church is doing to Mike Tupper,” he said of the bishop’s referral. “Please do not feel sorry for me. I am not the victim here. The church is not harming me. The United Methodist Church is harming the many LGBTQ people who are trying to live out their faith fully in the life of our denomination." 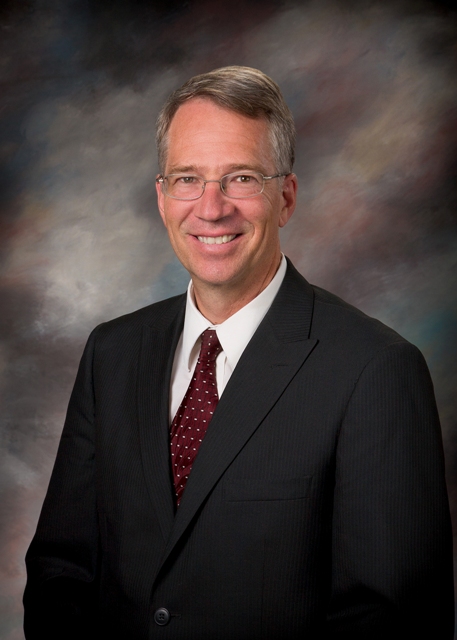 The initials stand for lesbians, gay, bisexual, transgender and queer or questioning.

At the same time, he told his district superintendent, who filed the complaint, that he would not simply surrender his clergy credentials.

“I value the United Methodist Church and my ordination in our church,” he said to the Rev. John Boley in a letter. “I do not consider the violation of this offense to be worthy of the extreme penalty of the loss of ministerial credentials.”

The Book of Discipline, the denomination’s law book, bans pastors from officiating at same-sex marriages and prohibits “self-avowed practicing” gay clergy from serving United Methodist churches. Since 1972, the book has proclaimed that all people are of sacred worth but that the practice of homosexuality is “incompatible with Christian teaching.”

Only General Conference, the denomination’s top lawmaking assembly, can change that. Debate about that position has surfaced at each General Conference during the past 40 years, with people on all sides citing biblical support. The body next meets May 10-20, 2016, in Portland, Oregon.

Background on the case

Tupper is one of nine United Methodist pastors under complaint for helping officiate at the July 17 wedding of the Rev. Benjamin David and Monty Hutchison.

The Rev. Hutchison, an African Methodist Episcopal elder, was compelled to resign as pastor of a United Methodist congregation after he admitted to being in a committed relationship with another man. He and Monty legally wed later that same week with nearly 30 United Methodist clergy in attendance. Tupper was among clergy who signed the wedding license.

The complaint against the other eight clergy is proceeding separately, and details have not become public.

Last year, Tupper reached a resolution without trial in a complaint against him for officiating at his daughter’s same-sex wedding. He discerns God leading him in a different direction this time, he said.

The denomination’s teaching regarding homosexuality is doing harm to people, he said.

After the counsel for the church compiles the relevant materials and drafts a judicial complaint, the next step would be a seven-member committee on investigation — sort of the United Methodist version of a grand jury. The committee would include four clergy and three lay members.

The committee can dismiss if members decide there is not enough evidence to bring charges. At least five committee members must vote that Tupper be charged for a trial to proceed.

If the committee files charges, Kiesey would then appoint a presiding officer, a retired bishop who would serve as a judge.

The option of reaching a resolution without trial is possible at any time during the process. The Book of Discipline says trials should be regarded as “an expedient of last resort.”

If a church jury ─ called a trial court ─ convicts Tupper, it could vote to remove his clergy credentials or for a lesser penalty.

Tupper, who has been in ministry for 35 years, plans to retire at the end of his appointment year this coming summer regardless of what happens. But as long as he has clergy credentials, he can officiate at rites of the church, including sacraments, funerals and weddings. He also has hopes of serving as a part-time pastor during his retirement.

“I recognize that the United Methodist Church is a ‘Big Tent’ where we are not all on the same page on many things,” he said. “But I pray that our church will someday allow me to welcome all people and officiate at the weddings of all people, without violating our Book of Discipline.”