When Jefferson B. Knight attended the Paris climate summit at the end of 2015, he already knew that climate change was not a theory for debate but a present-day crisis in Liberia and other parts of Africa.

As a follow-up to his experience as part of the United Methodist Board of Church and Society delegation in Paris, Knight — director of the Peace With Justice Program for the United Methodist Liberia Conference — plans to launch a denominational Africa Creation Care Ministry in Monrovia in October.

But he and other United Methodists are concerned that President Donald Trump’s decision, announced June 1, to withdraw the U.S. from the Paris climate accord undermines the fight against climate change.

Knight said the U.S., which is one of the biggest emitters of greenhouse gas, must lead the process and "ensure that climate change issues are mitigated to save the world from destruction.”

Two other founding members of Africa Creation Care Ministry said they were dismayed by the U.S. withdrawal. Eloge Wakwanyembo of the Democratic Republic of Congo believes it was a selfish decision. “We will continue enforcing the Paris agreement to save our planet,” he added.

Yerima Kenneth Handibeh, a ministry member from Nigeria, said it is wrong to “sit by and accept this, especially when the U. S. is the greatest emitter of GHGs (greenhouse gases).” 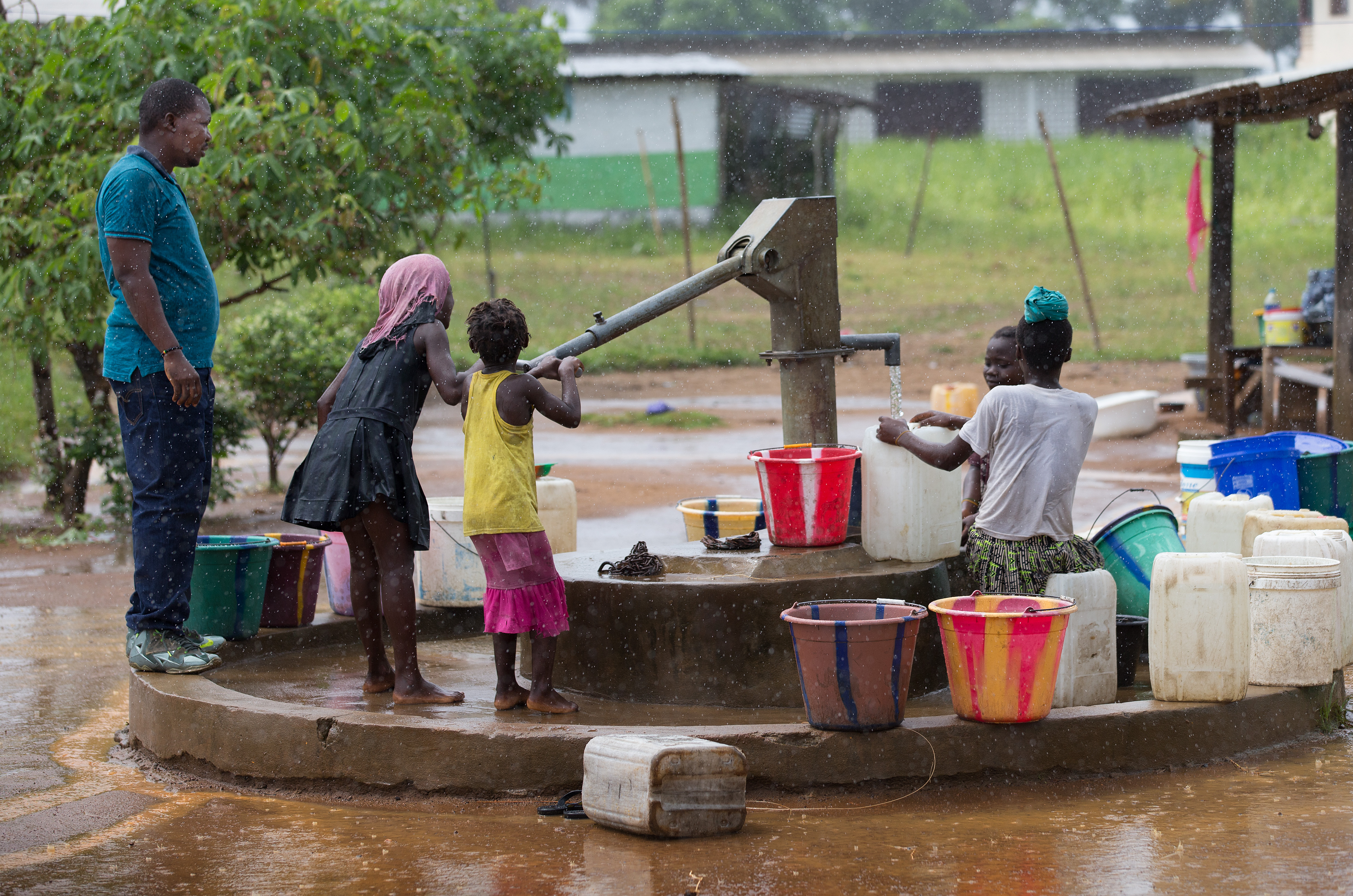 Jefferson B. Knight (left) checks on the output of a water well during the rainy season in Robert's Town Village near Marshall City, Liberia. Knight is director of the Peace With Justice Program for the United Methodist Liberia Conference. Photo by Mike DuBose, UMNS.

“We must resist at all levels so that we do not lose the gains that have been made, but also demand for more,” Handibeh said.

Because of unprecedented changes in weather conditions in Liberia, “climate change is having its toll on the land where the production level of agriculture continues to decrease,” Knight explained. Issues range from drought to flooding to sea erosion. In 2016 and 2017, heavy winds destroyed the Foyah United Methodist Church and a home for Ebola orphans in Lofa County.

“The continuous interruption of the rain that is expected in April to September comes anytime and disrupt farming activates. And sometimes, the rain doesn’t come when it is expected,” he said, adding that wells and rivers can run dry for nearly six to seven months now.

Petitions to General Conference 2016 in Portland, Oregon, showed that The United Methodist Church is moving beyond recycling and household energy conservation to larger public policy issues related to fuel consumption and the impact of “business as usual” on global climate change.

As the Africa regional representative on the six-member creation care team sponsored by the United Methodist Board of Global Ministries, Knight also connects with representatives in Asia, North America, Latin America, Europe and the Pacific who have similar concerns.

In the Philippines, for example, about 20 tropical cyclones enter Philippine waters each year, with eight or nine making landfall with increasing intensity. Severe drought also has occurred in the provinces and torrential rains have become so frequent that floods have devastated huge areas.

Rommuel Flores, a United Methodist layperson, has long been involved with Disaster Risk Reduction Network Philippines, which has facilitated planning in 105 high-risk communities and coastal areas.

Disaster response teams have been organized from district to conference level in the denomination’s Philippines Central Conference, he said, and mitigation efforts include education and advocacy, renewable energies and tree and mangrove planting.

"Part of the plan is adopting a watershed following the ‘from ridge to reef’ climate change strategy, which is eco-system based, for upland, midland, lowland and coastal areas," Flores said.

United Methodists in Nigeria are suffering as more land is lost each year to desertification. Sharon Adamu Bambuka, director of communications, Southern Nigeria Annual Conference, says millions of people are affected as more arable and pastureland is washed away by rain or gone with the wind.

At the congregational level, he noted, the vision is: "Every church has the light from the Lord," utilizing sunlight as the building’s source of energy through solar panels.

And in Manila’s crowded urban area, Good Samaritan United Methodist Church in Quezon City is growing organic vegetables in containers arranged in a tower. Every space has a plant, and everyone is invited to nurture a plant.

In Africa, the challenges are continent-wide. “Climate change affects all of us, but Africa is the most vulnerable and that is why these groups of United Methodists have organized themselves to take action that will mitigate the problem and heal the land,” Knight said.

As the Africa Creation Care Ministry gets off the ground, the Liberian church’s Peace With Justice Program will launch its bio-diversity project in October, with the aim of planting more than 1,500 trees in mainly coastal lowland areas.

The United Methodist Church in Nigeria also has designed a tree-planting project in all four of its annual conferences to help replace the trees being cut down so the wood can be used as a fuel source.

This project is now gaining ground in five states of the northeastern region of Nigeria. “Climate change is graduating becoming the major cause of poverty in the northeastern part of Nigeria where I live,” said the Rev. Ande Emmanuel. “High levels of deforestation has caused a heavy flood disaster in this region for the past 10 years.”

More than 150 people lose their lives to flooding each year, he reported.  In the past four years, some 10,000 home were destroyed by floods and more than 250,000 people displaced as a result of flooding in states like Benue, Taraba, Gombe, Bauchi, Adamawa and Nasara.

Deforestation also causes severe drought and the church’s tree-planting program is one way to help prevent further erosion. Church members are encouraged to plant a tree where ever they are and to use energy-saving stoves that can cut the consumption of wood.