Three longtime United Methodist leaders are among those remembering a former bishop whose faith in their abilities, as well as in other young church members, helped create a lasting legacy for the denomination.

That mentor, A. James Armstrong, died July 17 in Winter Park, Florida, at the age of 93. A memorial service is planned at 10 a.m. on Saturday, Aug. 18, at the First Congregational Church there.

The Rev. Donald Messer, the retired head of Iliff School of Theology in Denver; Dakotas-Minnesota Area Bishop Bruce Ough, immediate past president of the United Methodist Council of Bishops, and the Rev. Kent Millard, president of United Theological Seminary in Dayton, Ohio, all credit Armstrong with teaching them important leadership principles.

“He helped shape my career in ways I had never anticipated,” said Messer, who — with Armstrong’s encouragement — became the president of Dakotas Wesleyan University at the age of 30.

“He was committed to developing leaders,” Ough told United Methodist News Service. “He always was watching and looking for places where he could not only identify but then empower pastors and lay leadership to take on significant tasks.” 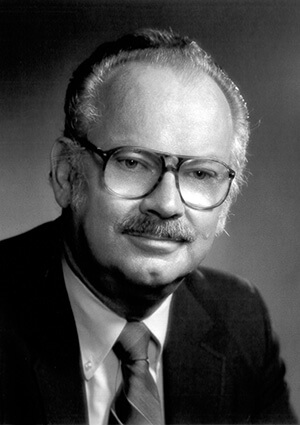 As a preacher, he was simply the best, Millard said. “Annual conference was always alive because Armstrong was going to be preaching.”

Armstrong, the son and grandson of Methodist ministers, would gain national prominence as an anti-war and civil rights activist, an ecumenical leader and a preacher whose eloquence and commitment to Christ was admired even by some who strongly disagreed with his political views.

But his standing as a bishop and a national leader came to an abrupt end in November 1983, when Armstrong resigned as president of the National Council of Churches, citing exhaustion and a heavy workload. The married leader also admitted to an affair. He quickly resigned his position as bishop of the Indiana Episcopal Area and the South Indiana Conference revoked his clergy credentials.

That very public burnout was distressing to everyone. There were no excuses for what happened, Millard said. “All of us felt heartbroken because of his moral failing.”

For Messer, in whose home Armstrong found refuge in the immediate aftermath of the scandal, the situation was “a stunning shock.”

But the now-former bishop and native Hoosier had developed a loyal following in the Dakotas. That started after he became a bishop 50 years ago this month and was assigned there. Then 43, he was the youngest episcopal leader ever elected at the time.

The year was 1968, a tumultuous time in U.S. society, and it soon became clear that this long-haired urban pastor and social activist would not fit the traditional bishop model. When Armstrong missed his first annual conference to travel to Vietnam for a peace protest against the war, “right off the bat we knew we had a different kind of bishop,” Messer recalled.

Armstrong called home a young leadership team — including Messer, Ough, and the Rev. Rueben Jobs, a future bishop — who all lived in Mitchell, South Dakota, for a time.

Ough was planning to pursue a doctorate at Garrett Theological Seminary in Evanston, Illinois, when the bishop asked him to join the area program staff. Even before being ordained an elder, he said, he was elevated to a significant position within the Dakotas area.

Despite his nontraditional management style, the new bishop immediately endeared himself to clergy “because he was highly pastoral,” Ough said.

He watched as Armstrong kept a log, where the bishop jotted down anything he heard about a pastoral concern related to clergy members. “Before the sun set that day, he would be in touch with them,” he noted.

“It was an important lesson I learned, very early on,” Ough said. “He knew how to reach out and care for people.” That ability, he added, also bought Armstrong credibility as “a prophetic witness” on behalf of Methodist movement around the world.

As a young pastor at a small-town church in Flandreau, South Dakota, Millard wholeheartedly accepted Armstrong’s message that everyone could change lives. “I would go back (to Flandreau) from annual conference thinking this is the most important work in the world, that I am so fortunate to be here,” he remembered.

The bishop soon named him as a district superintendent, which Millard believes propelled him into future leadership roles in the church. “He took a chance on me — a 38-year-old in his second appointment in the conference,” he explained. “He believed with God all things are possible.”

Armstrong’s activism against the war and in support of peace and justice issues also came from that deep faith, Millard said, and his commitment to speaking out “inspired a whole generation of young pastors.”

Millard also pointed to Armstrong’s successful role in bringing the explosive 1973 standoff at Wounded Knee, between American Indian Movement leaders and the federal government, to a nonviolent conclusion by bringing in a team representing the National Council of Churches that included the Rev. John Adams, a United Methodist negotiator. “It’s an amazing story of the role of the church in really saving lives,” he said.

The Rev. Gilbert H. Caldwell, a retired clergy member of the Mountain Sky Conference, knew Armstrong as a friend, colleague and then president of the denomination’s Commission on Religion and Race.

Referencing a sermon on “The Drum Major Instinct” preached by the Rev. Martin Luther King Jr. two months before his assassination, Caldwell called Armstrong “a drum major for justice,” whose type of “faith-based, prophetic yet pastoral spirit” is still needed today as The United Methodist Church considers its future.

Preparing to officiate at McGovern’s funeral in 2012 gave Ough a chance to reach out to Armstrong again, although they had some casual contact before then.

Ough acknowledges the tragedy in the way Armstrong’s ministry in The United Methodist Church ended and the profound ripple effects it had on the church. But he regrets that, lost to the church in the fallout over Armstrong’s failure in personal holiness, was the bishop’s deep commitment to spiritual formation.

Armstrong, a prolific writer and preacher, did have a second act. From 1985 to 1991, he was a visiting professor of preaching at Iliff School of Theology, then served eight years as the senior pastor at First Congregational Church in Winter Park and taught at Rollins College until a few years ago.

Messer, Ough and Millard had lunch together with Armstrong and his wife, Sheri, when General Conference met in Tampa, Florida, in 2012.

And he continues to be remembered at Dakota Wesleyan University, which annually awards the Bishop Armstrong Peace and Justice Medal as well as the Armstrong Native American Scholarship.

In a letter to board members, Amy C. Novak, the university’s president, noted that Armstrong “corresponded with me on an almost monthly basis until his passing this week. He was ever gracious and kind and offered tremendous affirmation of the progress of the university in recent years.”