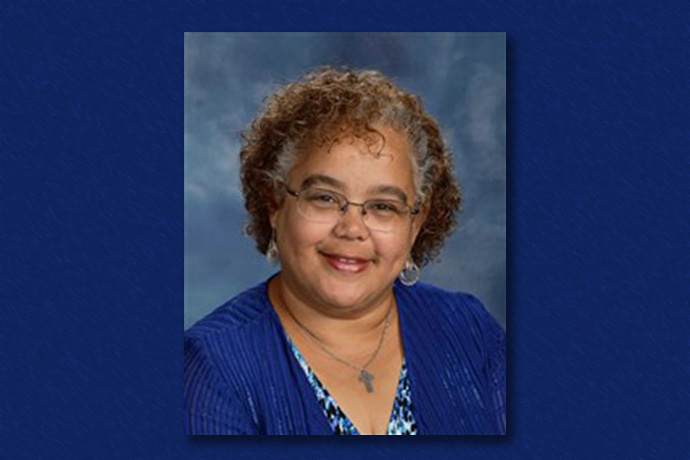 The Rev. Marita Harrell, pastor of Connections at Metropolitan United Methodist Church in Atlanta, was fatally stabbed on or before May 18, according to DeKalb County (Ga.) police. An Atlanta TV station reported she had been counseling the suspect, who has been arrested and charged with murder and arson. Photo courtesy of the North Georgia Conference.

Many are mourning the Rev. Marita Y. Harrell, a 57-year-old United Methodist pastor in Atlanta who was stabbed to death earlier this week.

Police in DeKalb County, part of the Metropolitan Atlanta area, issued a statement May 20 saying they have arrested Christopher Griggs, 27, and obtained warrants against him for murder and arson. Griggs is being held in the DeKalb County Jail.

The statement says Griggs stabbed Harrell at his Dekalb County residence on or before May 18, then transported her in a vehicle to another location, where she was eventually discovered.

One quoted investigators as saying Harrell had been trying to mentor and counsel the suspect.

“I am broken-hearted since being informed of the death of Rev. Marita Harrell. It is a blow to our clergy family, especially since it appears she died at the hand of one she was helping. Marita was a friend and a shining light among us. I pray for her family, her church and all who loved her. I am grateful that the Lord she represented so well was with her in all things and accompanied her to her eternal home. May His Spirit comfort those of us who remain.”

Harrell had most recently been serving as pastor of Connections at Metropolitan United Methodist Church in Atlanta. That church posted on Facebook about Harrell’s death.

“Please be sure to keep each other and especially her family and friends in your prayers during this tragedy,” the post said. “Spread kindness in her memory!”

Harrell was a lifelong Methodist and Chicago native who relocated to Atlanta more than 30 years ago and completed an undergraduate degree at Emory University, according to her church webpage bio.

Before entering ministry, she worked for 22 years at the Atlanta Journal-Constitution, as a call center manager in the advertising department and a diversity training facilitator.

The newspaper was among the media outlets covering her slaying.

She earned her Master of Divinity degree from Emory’s Candler School of Theology in 2014. She was licensed to preach in The United Methodist Church in 2015, and conference records show she had gone on to become a provisional elder.

Her bio describes her as having been married to Antonio Harrell for more than 27 years and as being the “proud mother of two daughters,” Marae and Alyse.

Among those expressing heartbreak at Harrell’s slaying was the Rev. Christopher Szarke, who became her friend when they were students at Candler.

He said he never met her family but felt he knew them because Harrell spoke of them so often and lovingly. And he recalled her as a serious student.

“She was very engaged in her classes, always wanting to learn the deeper truth and to listen to viewpoints beyond her own – and a woman of immense compassion,” said Szarke, an Episcopal priest serving at St. James Episcopal Church in Midvale, Utah.

Haupert-Johnson said the North Georgia Conference would focus on offering care and support for Harrell’s family and congregation, as well as for clergy colleagues.

“In the coming days, we will share additional grief and trauma resources as well as ways to celebrate Marita’s life. Lord, in your mercy, hear our prayers,” the bishop said.