Visitors to the special 2019 General Conference will need to pay at least a $200 registration fee to witness The United Methodist Church’s top policymaking assembly first hand.

Many expect the gathering to be historic. The denomination’s Council of Bishops has called the special General Conference for Feb. 23-26, 2019, to act on its report and possibly other petitions related to the denomination’s stance on homosexuality. Longtime debate over how to minister with LGBTQ individuals has threatened to split the 12.5 million-member, multinational denomination.

After a long discussion wrestling with different alternatives, the group that plans General Conference concluded the registration fees are necessary to help cover the costs of the special — and initially unfunded — meeting.

“The choices are: a) go ahead with the registration fee or b) reduce the budget. If you reduce expenses, there’s another group that’s going to be upset.”

Namely, he said, the people most affected by cutting the budget will be the 864 lay and clergy delegates who next year will travel from around the world to prayerfully decide the denomination’s future. As with previous General Conference sessions, the special session will be streamed live online.

The Commission on General Conference spent most of its May 10-11 meeting at the Iowa Conference office discussing plans for ensuring delegates have the accommodations, the schedule, the written materials and translation services needed to do their work.

The earlier-bird registration rate for non-staff, non-delegate visitors will be $200 with rates going up to $300 closer to the dates of the special session.

The special General Conference will be held in downtown St. Louis in The Dome, part of the America’s Center Convention Complex. The denomination’s last special session of its lawmaking assembly, in 1970, was also in St. Louis. 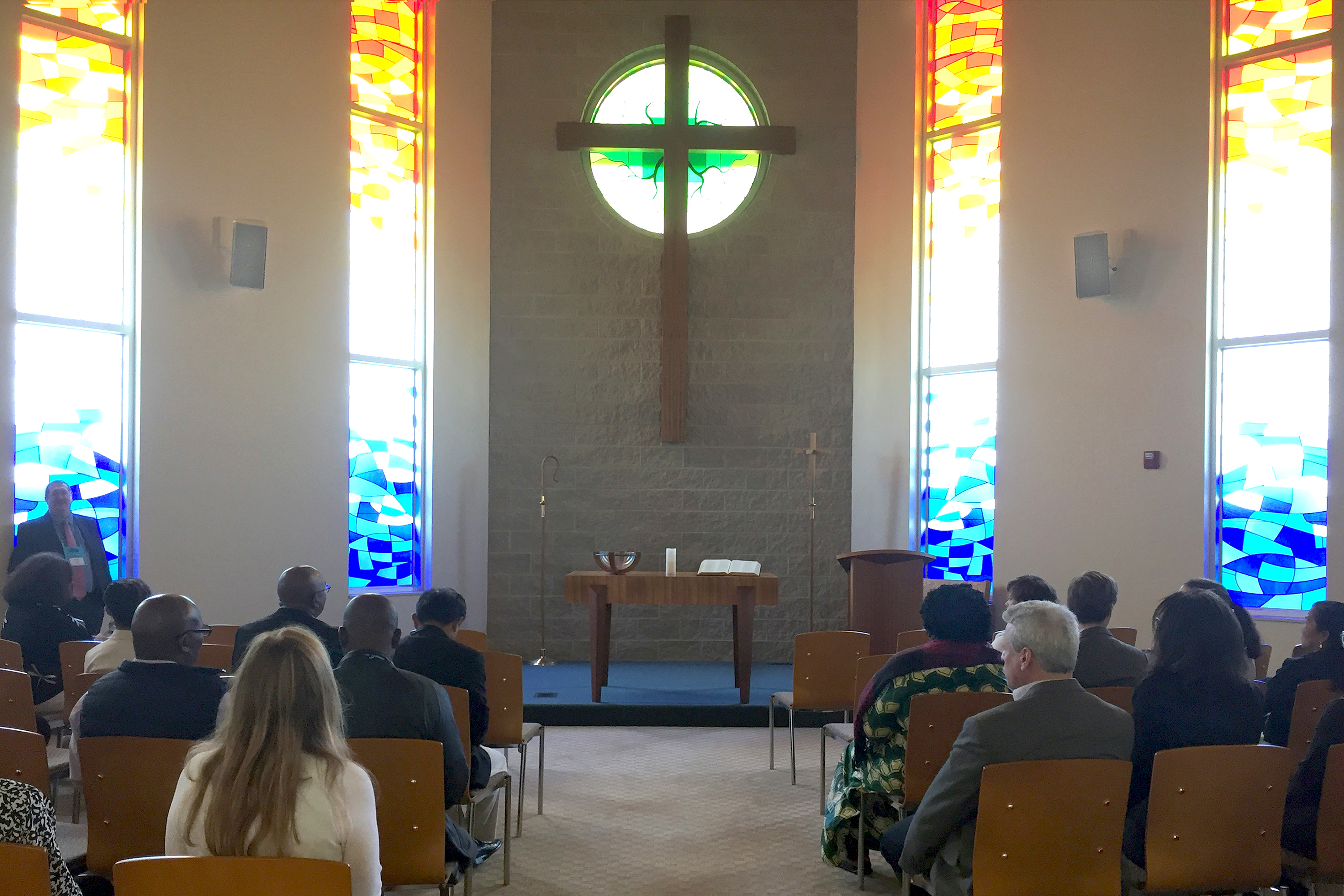 A view of the chapel at the Iowa Conference Office, where members of the Commission on General Conference prayed and worshipped during their meeting Photo by Heather Hahn, UMNS.

During its meeting, the Commission on General Conference prayed together for the 2019 meeting, most intensely between 2:23 and 2:26 p.m. CDT each day. The timing corresponded with the Feb. 23-26 dates of the special 2019 General Conference.

The commission still faces a number of uncertainties in planning the special 2019 session. Chief among those questions is what legislation can be submitted to General Conference ahead of time.

The Judicial Council, the denomination’s top court, next week will take up the bishops’ request for a ruling on whether United Methodist organizations, clergy or lay members can submit “valid petitions” for the special General Conference if the petitions “are not consistent” with the bishops’ own report.

The church court has named the commission as a respondent in the case. The commission, as a body, has not taken a position on the question before the Judicial Council. Stephanie Henry, chair of the commission’s Rules Committee, submitted a brief as an individual United Methodist. The church court agreed to make a ruling long after the Commission on General Conference had scheduled its meeting.

One thing that is fixed is the expense of the large, international gathering. All told, the estimated cost of the four-day gathering will be a little under $3.7 million.

That figure includes $500,000 for translation and interpretation services, $212,000 for the Daily Christian Advocate and petitions software, and $610,000 for facility expenses. The largest expense is $2.2 million for delegate expenses, including travel, housing and a per diem for food.

The General Council on Finance and Administration, the finance agency that Kumar leads, has committed $3 million for the meeting’s costs. That leaves about $700,000, which the commission reluctantly agreed, will have to come from registration fees.

The 2019 gathering will also be the first time visitors will need to wear the badges they receive to enter the plenary space.

Kumar pointed out that a number of United Methodist annual conferences charge registration fees. For example, the Wisconsin Annual Conference this year is charging $165 before May 18, and then after that a regular fee of $215. 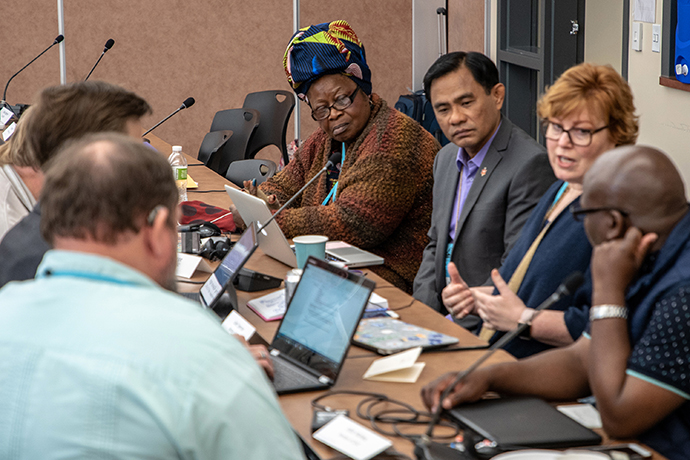 Members of the Education and Innovation Committee, part of the Commission on General Conference, meet in a small group. Photo by Art McClanahan, Iowa Conference.

Still, a number of people at the commission meeting acknowledged the registration fee could be seen as a barrier to visitors.

“I think of a man in my district who would come to General Conference in his RV and because he could not afford a hotel, he would sleep in his RV,” said the Rev. Kennetha Bigham-Tsai, the top executive of the denomination’s Connectional Table and a meeting observer. “A $200 registration fee for someone like that is prohibitive.”

Planners have been looking for ways to save money.

At this month’s meeting, Hotchkiss announced that United Methodist Communications — which includes United Methodist News Service — will provide all production resources to the February 2019 meeting at no cost to the commission.

That option is no longer on the table because the 2016 General Conference later mandated all petitions get a vote, meaning the 2020 gathering will need its full 10 days.

With a tight schedule to plan the special General Conference, the commission and Council of Bishops have appointed a joint design team that will work on more details before the commission next meets in November.

The design team is looking to schedule training to prepare the bishops to preside over sessions in as fair and smooth a manner as possible. Bishops do not have a vote at General Conference.

Most of all, bishops and other design members are looking for ways to change the mindset of General Conference, which is sometimes characterized by anger and distrust. Bishop Thomas Bickerton, who serves on the commission and leads the New York Conference, said he and his episcopal colleagues plan to meet with delegations ahead of the 2019 meeting.

“It is our hope that we will set a tone of relationship-building and prayer rather than a posture of winners versus losers,” Bickerton told the commission.