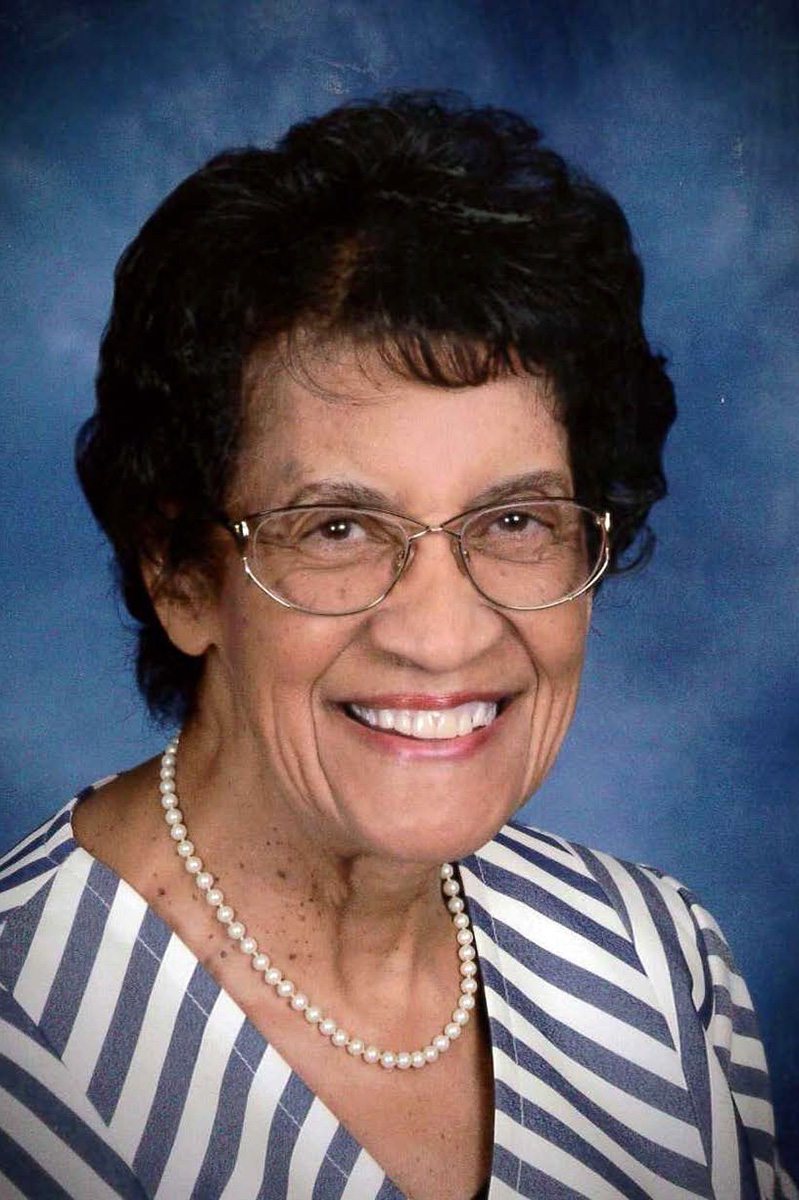 Fear grips me when I turn on the news. An unspoken plea bursts within my soul: “God, let the news be free of yet another killing of a Black male or female!”

Yet, this fervent petition too often goes unheeded. As the critical details and video unfolded in the May 25 murder of George Floyd under the knee of a police officer in Minneapolis, Minnesota, there was no holding back the piercing yell, “No! No! No!”

My own body went limp. My own breath became labored and seemed to stop. Spoken words stopped. But a cascade of thoughts gushed forward that moment and has continued to this day: Why?  He was a human being. He was a child of God.  His life mattered.  We as Black people matter. Will there be no end to hate? Too many gone because of hate. How many more?

Oh, too many more.  There should be none.

My mind went back in history. I recalled the murder of 14-year-old Emmett Till, who was disfigured, murdered and dumped in the Tallahatchee River in Mississippi in 1955; the 4,400 Black men, women and children who were lynched by white mobs between the years of 1877 and 1950, with more to succumb to this atrocity in the 1960s. This number included Mary Turner, who was 21 years old and pregnant when she was lynched in 1918 for protesting her husband’s lynching the day before. She was set on fire and riddled with bullets. Her abdomen was split causing her unborn child to fall to the ground whereupon the child was stomped and crushed.

The memories are too heavy and bring tears. No!  Wailing comes that builds from images and stories of the human toll of injustice heaped on Black enslaved forbears and for living Black souls today whose lives have been touched, changed and maimed by racially motivated brutalities, beatings, dehumanizing treatment, insults and personal indignities. To these, my own experiences could be added. I confess to a deep anguish and impatience for the stop to all of it.

I am not alone in my feelings, remembering, grieving and impatience. There is a deep, penetrating collective anguish in the Black community. Multiple types of disparities now being highlighted in the impact of the COVID-19 pandemic on Black people and dehumanizing indignities have, in fact, evoked deep within the collective soul the piercing words of the psalmist, “How long, O Lord?”

Yes, the unfolding of time and circumstances is bringing together people across races, religions, social status and age in locked arms, resounding footsteps of protest, a unified chant of “I can’t breathe,” and firm insistence that “Black Lives Matter!” But truthfully and painfully, the reality of racism remains.

There is a crucial question for the church in this current era of racial crisis and tribulations that frankly brings dehumanizing injury, harm and death to all people of color — Black, Hispanic, Native American and Asian:  Does the church as a whole really see, hear, and care?

In what ways does our United Methodist Church:

- Grieve with the anguished.
- Weep for what has happened and what has not been done to rectify it.
- Probe ways the church body and members knowingly or unknowingly contribute to the dehumanization of others.
- Uncover and confess its shortcomings, and
- Commit to making “justice roll down like waters and righteousness like an ever-flowing stream” (Amos 5:24)?

Nearly three decades ago, the poignant question, “Can’t we all get along?” was voiced by Rodney King, an unarmed Black male, who was brutally beaten by four Los Angeles Police officers. The beating and subsequent lack of indictment of the officers resulted in immense racial unrest. At the center of Mr. King’s poignant words is the plea for a relational human household—a hospitable place of human connection.

For Christians, it points to God’s peaceable community of righteousness and equity that appears in Isaiah 11 and to God’s extended family in Ephesians 2:19-22, where dividing walls of hostility are broken and Christ’s peace makes possible people joining together and growing together as God’s dwelling place. The Rev. Martin Luther King Jr. called it the beloved community that necessarily has personal, religious, public and political dimensions centered on God’s requirement of justice. There is the requirement of action. This action starts with courage to name the reality of white racism and its effects on others’ lives.

White racism is a difficult term to hear and apply to self. It is not easily admitted because it digs into the defenses of persons that are held tightly in order for a positive sense of self to be maintained.

It is also a misunderstood term. Defined, it is the combination of the power to dominate by one race over other races or ethnic groups and the historical assumption and prejudice that a particular race is innately superior to others.

Systemic racism is the practice of the power dynamics of racism in social systems, organizations, businesses and groups resulting in negative and harmful attitudes and treatment, hostilities, exclusion of rights, restrictions to full and rightful participation and denial of full access to goods and services. Personal racism particularly refers to the individual expressions (attitudes and/or behaviors) that accept the assumptions of a racist value system and maintain the benefits of the system. Racial harassment is an act of covert or overt racism.  It is often subtle, and in a limited interpersonal setting, it may be directed at persons of another ethnicity or race for the purpose of defaming, humiliating, degrading or otherwise treating them unfairly.

Making concrete the peaceable family of God is a spiritual matter based on love of God and love of neighbor. The ethic of God’s love for all and Jesus’ reconciling love is the central image and guide without which it is impossible to dismantle racism and live in peace with justice.

Moving beyond yearning for the peaceable family of God is about practicing this love. Truthfully, it means that God’s people are willing to be together, move together and act together on behalf of peace with justice. It is daring to open spaces for calling the names of victims of atrocities, lamenting with hurting people, inviting and hearing stories of hurt, and exploring and confessing missed steps in averting hurt and what steps for peace with justice will yet be taken.  It means bringing forth empathy or endeavoring to see through the eyes of the other. It centers on the “somebodiness” of others.

The voice of my late friend the Rev. Gil Caldwell, revered United Methodist pastor and Civil Rights leader, still speaks through his view of somebodiness: “I want to be me without making it difficult for you to be you. This is the essence of community.”

Making concrete the peaceable family of God recognizes the struggle inherent in moving from troubling ways of being and acting in everyday life to transformed lives that assure peace, justice and wholeness. It requires strategic action that engages the church and members across racial ethnic groups to speak and act together for peace and justice in the prayer room, the polling place, the pulpit and the pew, the protest line, the privacy of home through what we teach and model before our children, and in every form of public and private life.

Such a family builds from our hope that it will, in fact, become so. Gil Caldwell put it this way: “I guess my hope is that the church of the future will be more humble, more Jesus-like, more willing to admit its flaws and the fact that God’s, you know, not finished with us yet.”

Wimberly, who holds a Ph.D., is executive director of Youth Hope-Builders Academy and Connecting with Hope Innovation Hub, a young adult ministry initiative, and she is Christian education professor emerita at the Interdenominational Theological Center in Atlanta. She is also co-editor of “From Lament to Advocacy: Black Religious Education and Public Ministry?” on the United Methodist Board of Higher Education and Ministry’s Wesley’s Foundery Books imprint.