While some have labeled Central American migrants headed to the U.S. as criminals or opportunists, many people of faith see them as children of God escaping desperate situations in their home countries. 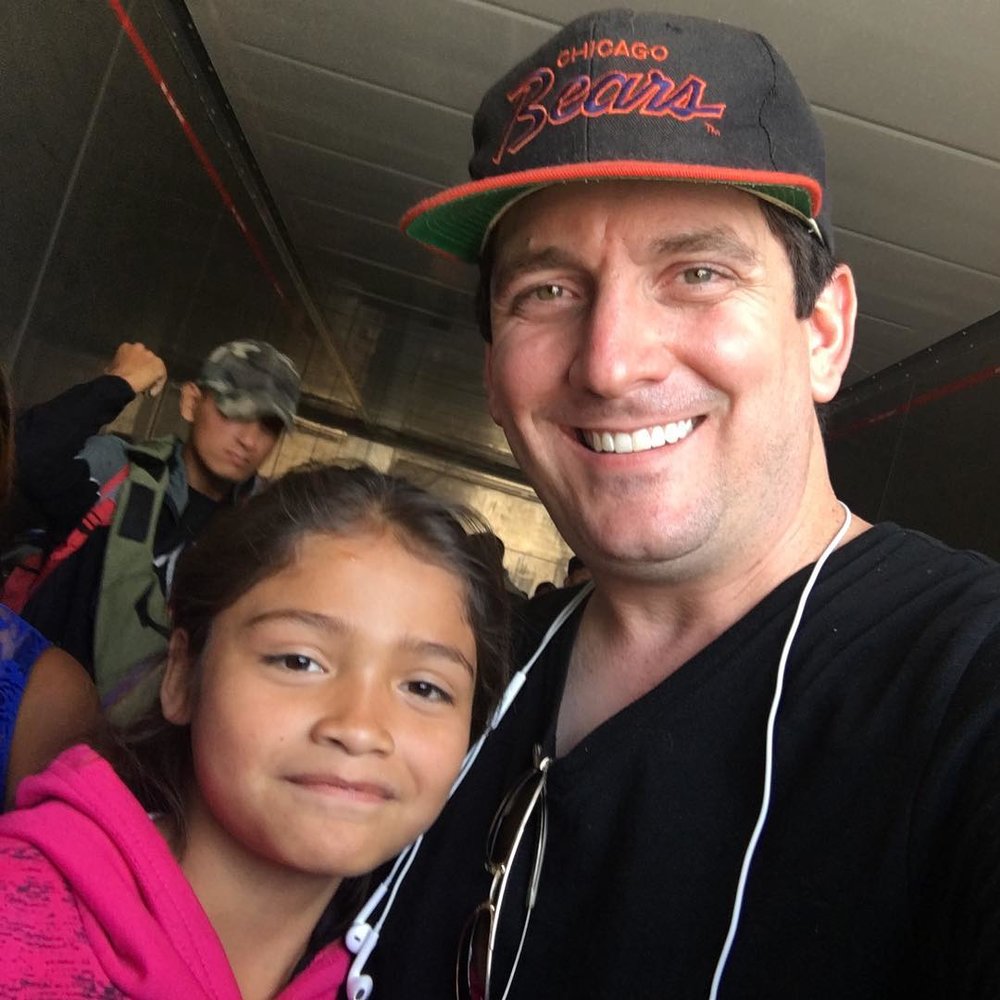 The Rev. Gavin Rogers, an associate pastor of Travis Park United Methodist Church, San Antonio, recently traveled to Mexico City to join the migrant caravan as the group continued its journey. Photo courtesy of Gavin Rogers.
One of those people is the Rev. Gavin Rogers, an associate pastor at Travis Park United Methodist Church in San Antonio, Texas. He joined the migrant caravan on Nov. 9 for a few days because he wanted to hear the migrants’ stories and understand why they are risking so much to leave their home countries.

In an article in the San Antonio Express-News, Rogers noted that some people hear the asylum-seekers say they’re seeking a better life and translate that into “They’re going to steal our jobs.” But for refugees, a better life just means life, he said.

“They’re not out to steal anything,” Rogers said.

The Rev. Samuel Murillo, a pastor with the Methodist Church of Mexico, said the first group of about 6,000 people was welcomed 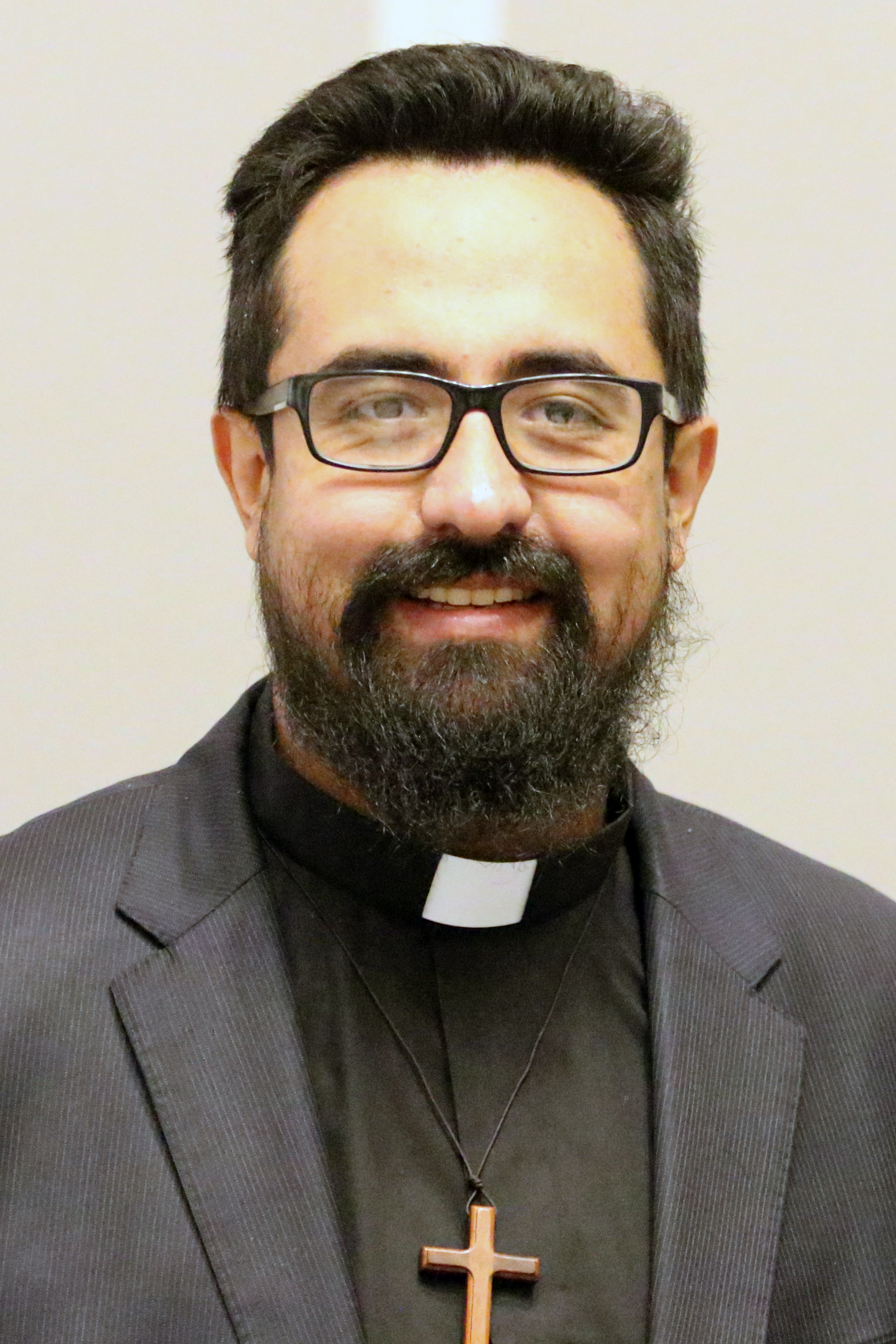 “When they were in Mexico City, we came together as a collective of churches and faith groups and NGOs (nongovernmental organizations), trying to provide from our own backgrounds any kind of a pastoral, psychological support to them,” Murillo, who is the youth and young adult president for the World Methodist Council, told United Methodist News Service.

Those in the U.S. who call the people in the caravan a threat are using fear as a way to justify closing the border, Murillo said. From a Christian and societal viewpoint, the issue is how to address the desperation of those seeking asylum in the U.S. They will risk as much as they can “not to go back to the violence they are running from,” he pointed out.

Bishop Felipe Ruiz-Aguilar of the Methodist Church of Mexico said shelters are being prepared in Tijuana.

“Unfortunately some of the citizens (of Tijuana) have expressed a strong rejection to the caravans. I think it’s the result of the negative publicity that they’ve been given,” Ruiz-Aguilar said. “In general, the church’s participation has gone fairly well, there’s great organization, we know that the shelters are prepared and what kind of capacity each one offers.”

He said the church was working with the Salvation Army shelters for men and women as well as Movimiento Juventud 2000, a nonprofit shelter in Tijuana’s Zona Norte.

“Lord willing, we’re initiating a Methodist soup kitchen this week that will offer meals to at least 400 people, seven days a week,” he said.

Give to the Global Migration Advance #3022144. Funds from this advance are being used to alleviate the suffering of migrants around the world.
Other options include

Read about The United Methodist Church’s stand on migrants.

The first group of migrants to reach Tijuana were a group of LGBTQ migrants, Ruiz said.

“Things are going better for them in comparison to the others. Upon arrival, someone rented a very large and nice house in an upper-middle class area,” he said.

United Methodist Bishop Grant J. Hagiya, who leads the Los Angeles Area, said Methodists are extending “biblically rooted Methodist hospitality to those who come from afar.” He issued a call for support and compassion with asylum seekers and refugees.

A number of organizations in the California-Pacific Conference work with migrants.

Safe Harbors Network, a coalition of congregations, charities and individuals based at Christ Ministry Center, San Diego, is preparing to form a “wall of welcome,” said the Rev. Bill Jenkins, director.

Jenkins has been helping waves of immigrants since Christ United Methodist Church was closed as a church in 2011 and reborn as an immigration center. Over the years, the growing need to provide more beds led to the formation of Safe Harbors Network.

Nine churches in the San Diego area and one church in Portland, Oregon, are members of the network and will be taking in migrants. Jenkins is enlisting help from several other churches in San Diego, El Centro and Yuma, Arizona.

The Rev. John Fanestil, a U.S. United Methodist pastor, and Guillermo Navarrete, a lay leader in the Methodist Church of Mexico, hold church every Sunday on the beach that separates Mexico and the U.S. On Nov. 12, Guillermo and Fanestil blessed a pair of young Honduran newlyweds.

Guillermo and his ministry team are opening a day center near the San Ysidro Port of Entry into the U.S. to help shelter and assist migrants from the caravan as well as people deported from the U.S. to Mexico, Fanestil said.

The California-Pacific Conference is working in coordination with the Conferencia Anual del Noroeste de Iglesia Metodista de Mexico supporting the efforts of the ministries related with migrants.

Hagiya emphasized words from a statement recently released from the United Methodist Council of Bishops: “Above all, we call upon our congregations to be agents of God’s mercy toward the migrant.” 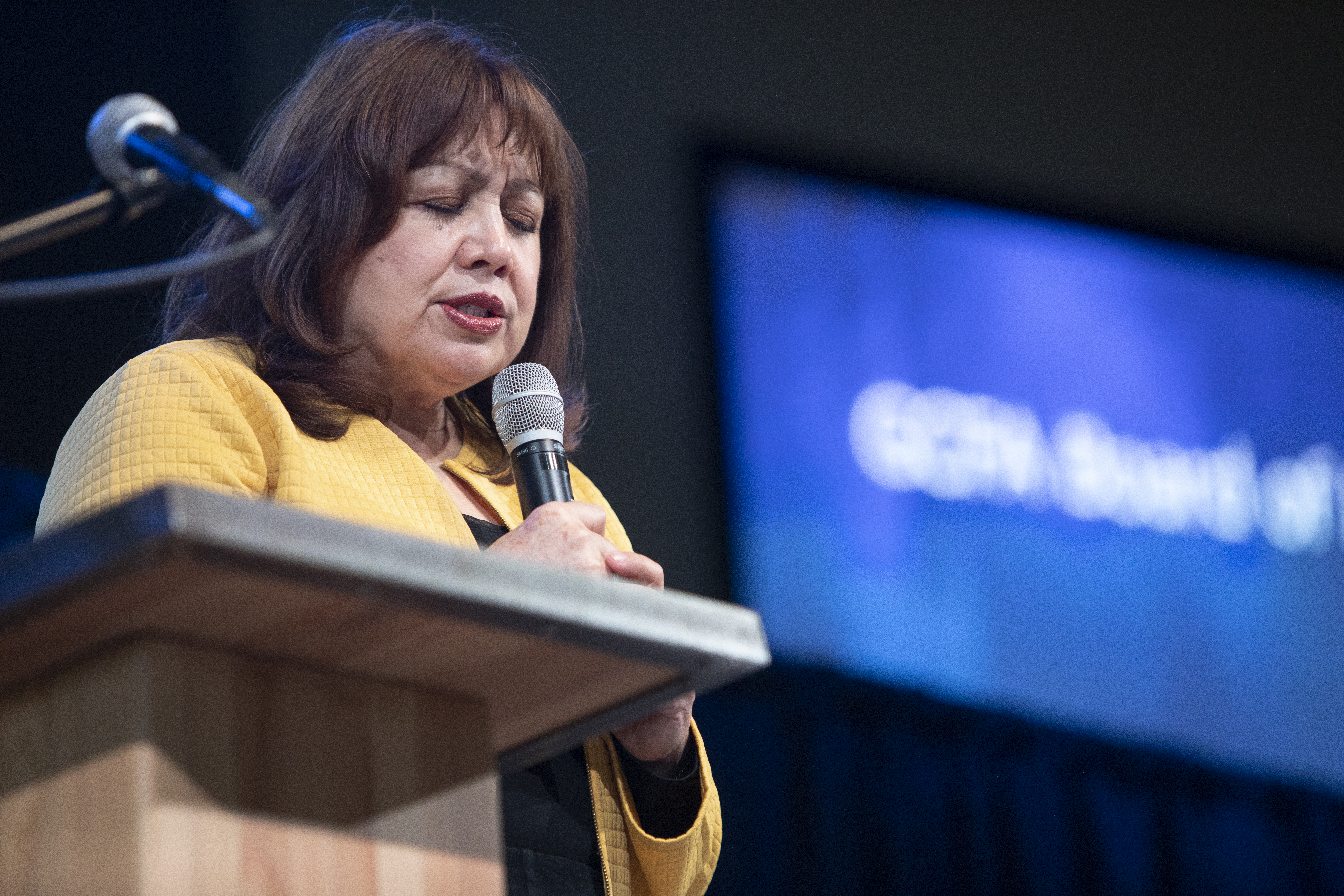 She said those in the migrant caravan are fleeing from violence and hunger and want to protect their children.

“It’s not unlike what Mary and Joseph did for baby Jesus when Herod came against him and children of his age and of his gender. As the migrants come, we are reminded of Jesus. We are reminded of the fact that we are called to love God and make it real by loving our neighbor,” she prayed.

“We pray this experience of the courageous boldness of those who travel may stir within our hearts your commandment that we love you and that we love our neighbor. We remember that you beckon us to even love our enemy.

“And so be with those who travel and be with us as we determine if we will love them. In the name of Jesus the Christ, we pray.”

“The Bible of the Bear,” the first complete Bible translation to Spanish, will be celebrated at a ceremony in San Antonio.