Conflict in The United Methodist Church took an unusual and highly public form on March 8, when a Florida Conference district superintendent was denied entry to one of the churches he oversees.

The Rev. Wayne Wiatt, superintendent of the conference’s North West District, and his wife Ramona were told to leave Waukeenah United Methodist Church in Monticello, Florida, where the Wesleyan Covenant Association Florida Chapter was holding a meeting for local churches wanting to depart The United Methodist Church. 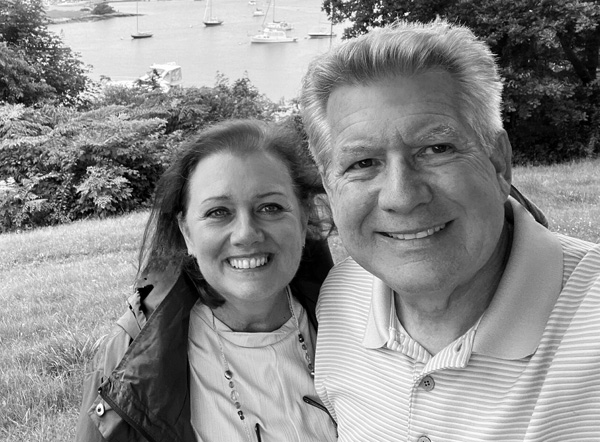 Ramona Wiatt and the Rev. Wayne Wiatt. Photo courtesy of the Wiatts.

Ramona Wiatt posted to Facebook what has become a widely viewed video of herself and her husband standing outside the church after they had been told to leave.

“This is a first for me,” Ramona Wiatt says as the video begins. “I’m at Waukeenah United Methodist Church, and I’ve been thrown out of the church.”

Her video pans to show a sheriff’s deputy by the church’s entrance.

“There’s even an officer at the door who is keeping the peace, he says,” Ramona Wiatt notes in her narration.

Jay Therrell, president of the Wesleyan Covenant Association Florida Chapter, responded with his own, longer Facebook video. He said the chapter rented the church building for the meeting, that the meeting was meant only for those wanting to exit The United Methodist Church and that Waukeenah United Methodist made the decision to have an officer present for security.

Therrell asserts in the video that Wayne Wiatt was sent by Florida Conference Bishop Kenneth Carter to intimidate meeting participants, and that Ramona Wiatt’s taking of video contributed to that. 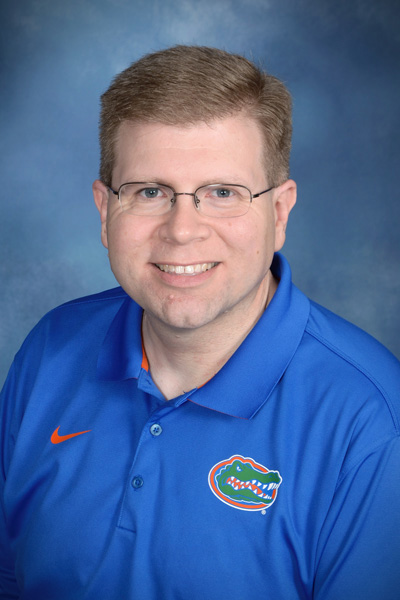 “Make no mistake. This was a power move,” Therrell says.

Wayne Wiatt confirmed in a phone interview that he went to the meeting at Carter’s request, accompanied by his wife and district lay leader Randy Clay. But Wiatt insisted his purpose was to be available to answer questions about the disaffiliation process.

He said he left when Therrell told him he was not welcome.

Carter declined to answer questions from UM News, but pointed to his own Facebook post about the Wiatts being kept out of the meeting at Waukeenah United Methodist.

“I both publicly grieve the wrongness of this action and affirm the goodness and courage of Wayne and Ramona Wiatt,” he said in the post.

The United Methodist Church has experienced longstanding, intensifying internal division over LGBTQ inclusion and other issues.

In early 2020, a diverse group of church leaders offered the Protocol of Reconciliation and Grace Through Separation. That legislative plan would allow traditionalist churches to leave with their properties and form their own group, getting $25 million in United Methodist funds to ramp up.

The WCA, anticipating the protocol’s passage, began to work toward the creation of a denomination to be called the Global Methodist Church.

But the pandemic twice postponed General Conference, the denomination’s law-making assembly, which would have to approve the protocol. Recently, the Commission on the General Conference announced a third delay, until 2024.

That decision prompted the Global Methodist Church to move up its formal launch to May 1, and the WCA, including the Florida chapter, is busy sharing how local United Methodist churches can explore options for leaving the denomination with their properties.

Therrell used social media to announce a series of March meetings by the WCA’s Florida chapter. The March 8 afternoon meeting at Waukeenah United Methodist was the first.

“These are not public meetings,” Therrell says in his video. “We’ve made them known publicly, but that doesn’t make them public. They are strategy meetings. And, yes, legal meetings.”

Therrell says in the video that Carter planned to send teams to the meetings. In an email response to questions from UM News, Therrell said the attorney for the WCA’s Florida chapter informed Carter ahead of the meetings that neither Carter nor anyone representing him would be welcome — and also warned Carter against having anyone try to take video of the proceedings.

“Neither Wayne nor Ramona will be departing the UMC for the GMC,” he said, a fact the couple confirmed. “Accordingly, clearly this meeting was not for them.”

Therrell himself once served as a district superintendent under Carter, and while doing so made news by joining two other conference leaders in filing articles of incorporation for a new traditionalist Methodist denomination in Florida. He went on leave and eventually gave up his United Methodist clergy credentials, claiming he had been harassed by conference leaders for his work organizing traditionalist churches. He now works full time as president of the WCA Florida Chapter.

The Wiatts said they have known Therrell for years and have always considered him a friend.

Wayne Wiatt said he has attended other meetings for churches trying to determine whether they will remain in The United Methodist Church, including one in January where Therrell made a presentation. Wiatt described that meeting in Alachua, Florida, as amicable, and he insisted he has not sought to prevent churches from leaving.

“I’ve already done two disaffiliations in my district,” he said.

Wiatt — who serves as pastor of Trinity United Methodist Church in Tallahassee, along with overseeing the North West District — said he and other district superintendents heard from the bishop’s office about the WCA Florida Chapter meetings and were asked to attend if they could.

He said there was no request to gather information about who attended or what was said.

“Absolutely not — just to go and be a presence, see if anybody had any questions,” Wiatt said. “I had the checklist for disaffiliation with me, so I could have that available.”

Wiatt said he never got word that he would be unwelcome at the meeting at Waukeenah United Methodist.

“The last thing I expected was to be turned away at the door,” he said. “I was really surprised when Jay approached me and said, ‘You’re not allowed to stay.’ I said, ‘I’m the district superintendent and this is one of my churches.’ He said, ‘This is a private meeting. I have a letter from our lawyer.’”

Therrell confirmed that he had been at church forums with Wiatt where disaffiliation options were discussed but said this was a WCA meeting organized solely to help those committed to leaving The United Methodist Church.

Wiatt’s presence alone was a problem, according to Therrell.

“Anytime a district superintendent, bishop or conference official is in a room, the power dynamics change,” Therrell told UM News. “Every DS knows that.”

Ramona Wiatt said she too heard from Therrell directly that she was not welcome at the meeting, since she was married to Wayne Wiatt. She said she used her phone to document a situation she found “physically intimidating,” especially when the sheriff’s deputy walked over.

Ramona Wiatt said Therrell warned her that recording someone without permission is against the law in Florida. She said she deleted the video she’d taken inside.

“Ms. Wiatt clearly started videoing the participants inside, panning across the room before I reminded Ms. Wiatt (that) in Florida it is a felony to record people without their consent. I observed the deputy approach both of us inside the church, and he acted appropriately at all times.”

Stan Monroe, lay leader of Waukeenah United Methodist, backed up Therrell’s account and confirmed that he and the church board chose to hire the sheriff’s deputy, anticipating that there might be an attempt to disrupt the meeting.

Therrell noted that Ramona Wiatt continued to take video outside of people coming and going, a move he described as further intimidation.

Ramona Wiatt disputed Therrell, saying, “I never panned the room with my phone.” She said that while outside she took and posted video of herself and her husband, as well as the sheriff’s deputy, by then standing in front of the church.

The posted video includes, in the background, a few people waiting to enter the church, though mostly their backs are on view.

As for why she posted the video, Ramona Wiatt said wanted to share the dismay that she — daughter of a United Methodist minister, and the wife of one — felt at being turned away from a United Methodist church. She said emphatically that she was never encouraged to report any images or names to the bishop’s office, and would never have done so.

While declining to answer UM News’ questions about the incident, Carter issued a pastoral letter on March 10 that said, in part, “I do not condone the turning away of persons at the door of a church. I do not condone falsehoods being shared about The United Methodist Church.”

The bishop said in the letter that the Florida Conference will soon have district meetings, hosted by superintendents, for sharing the vision of the continuing United Methodist Church, and that those meetings will be “open to all.”

The Rev. Derrek Belase, director of connectional ministries for the Oklahoma Conference, shares the emotions he’s feeling as he prepares for the closing of the United Methodist church where he grew up.
Social Concerns

Attendees of the National Summit on Mass Incarceration were urged to work with their churches toward criminal justice reform.
Local Church