One of those, the Rev. Jay Therrell, superintendent of the conference’s North East District, said in a Facebook post that he felt called to start a “traditionalist expression of Methodism in Florida (and possibly beyond).”

Florida Conference Bishop Kenneth Carter, who also is president of the United Methodist Council of Bishops, wrote about the development in a Feb. 20 letter to hundreds of conference clergy and lay leaders. 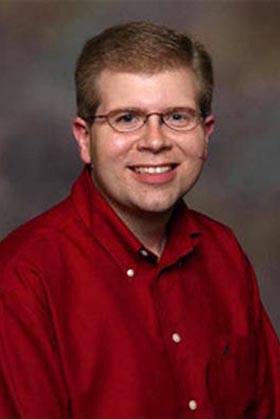 The Rev. Jay Therrell, superintendent of the North East District
Photo courtesy of the Florida Conference
Carter’s letter said Therrell will end his cabinet tenure July 1 but will go on renewal leave April 1.

They have agreed not to help form a separate church group, the letter said.

Hammond is superintendent of the Atlantic Central District.  Hernandez serves the conference as director of new church development and Hispanic/Latino ministries.

“I wish to express my respect for these three beloved colleagues,” Carter said in the letter. “At the same time, I am called to maintain the unity of the church and to strengthen The Florida Conference as we are on mission together, making disciples of Jesus Christ for the transformation of the world.”

Carter and Hernandez declined to be interviewed. Therrell and Hammond could not be reached.

A pastor shared Carter’s letter with UM News, and the Wesleyan Covenant Association’s Florida chapter posted it on Facebook.

The filing with the Florida Secretary of State’s office lists Therrell as registered agent and all three pastors as officers/directors.

Carter’s letter said he and the cabinet learned this week of the filing. The filing date was Feb. 7.

The United Methodist Church has long faced serious internal division over how accepting to be of homosexuality, with traditionalists supporting the denomination’s current bans on same-sex unions and ordination of “self-avowed practicing" gay clergy.

Progressives and many centrists favor removing those, as well as the church’s position that the practice of homosexuality is incompatible with Christian teaching.

The protocol plan — developed by a 16-member team of traditionalists, centrists and progressives, with help from famed mediator Kenneth Feinberg — would allow traditionalist churches and conferences to leave with their properties and with $25 million in United Methodist funds. Another $2 million would be available to other groups of churches that might leave.

Therrell refers to the protocol in his Facebook post, saying he thought he would be able to carry out his duties as district superintendent and “continue to build a framework” for a new church group in the event the protocol passed. He said he had determined he needed to leave the cabinet and “focus full-time on this work.”

“It is exciting and a little scary at the same time,” he said on the Facebook post.

The Rev. Keith Boyette is president of the traditionalist Wesleyan Covenant Association and joined in the protocol talks. The WCA has taken steps to prepare for the creation of a traditionalist denomination.

Boyette said by phone that Therrell and Hammond are WCA members but had not been officers of the main group or its Florida chapter.

He said he had “general knowledge that there was conversation that something was happening in Florida” but nothing more.

“The WCA had absolutely no role in what these three individuals did,” Boyette said. “We were not informed of their specific plans and did not review anything they may have done.”

Boyette added, “We’re not encouraging or supportive of individuals seeking to launch a new denomination that is geographically confined to an annual conference. That’s not our strategy or part of what we’re doing.”