United Methodist officials are making a public appeal to the Philippines government to release a detained missionary and allow him and two other missionaries based in Davao City, Mindanao, to leave the country.

Tawanda Chandiwana has been held since May 9, when he was arrested while attending a training seminar at the Mindanao Peacebuilding Institute. The charge was related to delayed paperwork regarding his expiring visa, but he later was found to be on a “watch list” of suspected subversives. Chandiwana has denied any wrongdoing.

He and the other United Methodist missionaries — Miracle Osman and Adam Shaw — were detained at police checkpoints in February while taking part in an international ecumenical fact-finding investigation of alleged human rights violations, including the deaths of nine indigenous people. 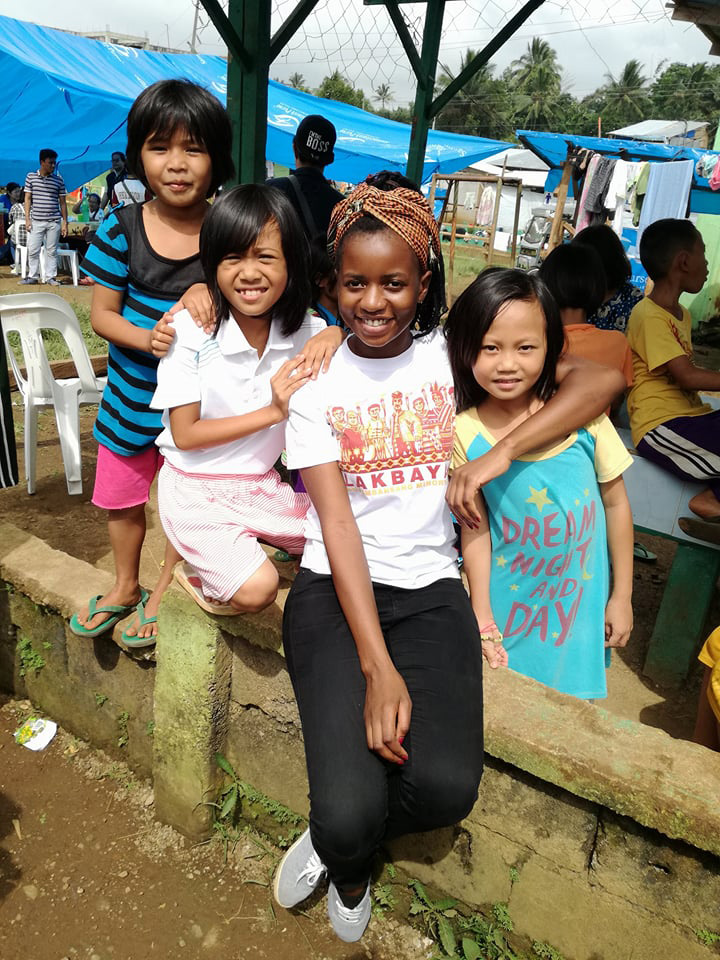 Miracle Osman, center front, has been unable to leave the Philippines voluntarily after her passport was confiscated as she was extending a tourist visa while waiting for her missionary visa. Photo courtesy of the United Methodist Board of Global Ministries.

The United Methodist Board of Global Ministries has been working for weeks with Filipino United Methodist bishops and others to secure Chandiwana’s release. He was moved from Davao City to Manila on June 4 and currently is in the Bicutan Detention Center.

“We have exhausted all our diplomatic and church channels,” Thomas Kemper, the mission agency’s top executive, told United Methodist News Service. “Nothing has come to fruition.”

Now, the mission agency and the United Methodist Council of Bishops are mounting a public campaign on behalf of the church workers. Global Ministries also has created a petition on Change.org for people to sign and the World Council of Churches has joined the appeal.

Osman’s passport was confiscated as she was extending a tourist visa while waiting for her missionary visa to be approved, making it impossible for her to leave the country voluntarily. Shaw has been informed that an order to leave is imminent but it has not been served, Global Ministries reported.

The Council of Bishops has released a statement backing their episcopal colleagues in the Philippines and requesting “assistance and cooperation in the immediate release of three of our missionaries from the country.”

The bishops also called upon United Methodists worldwide “to observe daily prayer beginning at noon on June 27, for the missionaries’ safety and for government permission to return to their homes.”

Both Chandiwana and Osman are part of the Global Mission Fellows program of Global Ministries, which places young adults ages 20-30 in new contexts for mission experience and service. 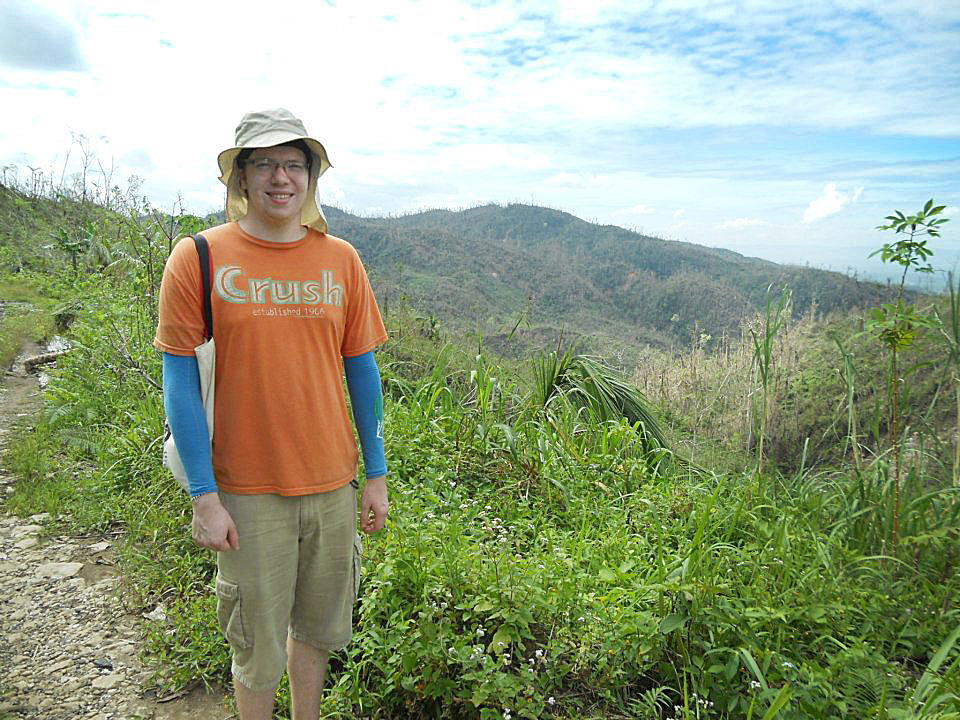 Adam Shaw has been informed that an order to leave the Philippines is imminent but it has not been served. Photo courtesy of the United Methodist Board of Global Ministries.

Chandiwana, 28, from Zimbabwe, is a lifelong United Methodist who says he was saved by God and wants to serve God by serving others. A member of Hilltop United Methodist Church in Mutare, he has a master’s degree in public policy and governance from Africa University, the United Methodist institution there.

Osman, 24, from Blantyre, Malawi, believes missionary work is God’s perfect plan for her life, her bio says. She holds a social work degree from the Catholic University of Malawi and has been the young women’s coordinator for The United Methodist Church in Malawi.

Shaw, 29, of Brunswick, Ohio, is the son of the Rev. Thomas and Susan Shaw, who were missionaries in Tunisia and Germany from 1994 through 2003. He has been a Global Ministries’ missionary in Mindanao since 2016 with Save Our Schools, an education network for indigenous children, and previously served in the region as a mission intern. Shaw says his vision of mission work includes a commitment to genuine peace based on justice.

Hannah Hanson, who has been part of Global Mission Fellows since 2009 — both as a staff member and a participant — knows all three and said they “really feel called to serve God and God’s people.”

While there are sometimes challenges with visas, Hanson added, in her experience with the mission program “this is really something that has been unheard of, for someone to be detained.”

Ways to take for action

Sign the Change.org petition to the government of the Philippines.

Use a social media toolkit to support the release of the missionaries.

Watch as Thomas Kemper, on behalf of the United Methodist Board of Global Ministries, calls upon the Philippines government to allow three missionaries to leave the country and suggests actions for support. 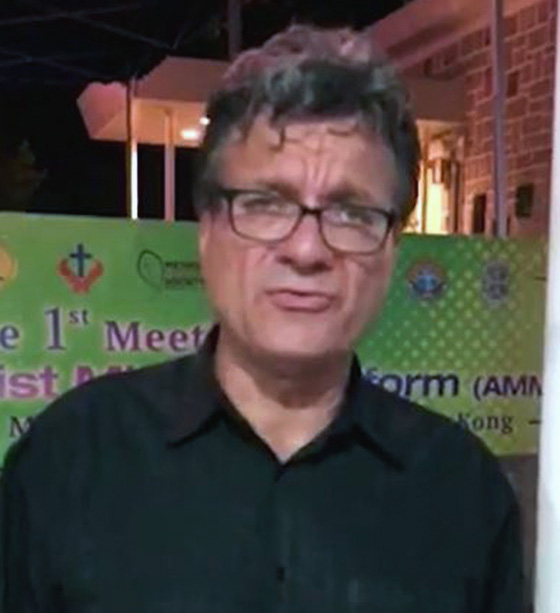 The three missionaries were assigned to InPeace (the full name is Initiatives for Peace), a grassroots, interfaith movement that describes itself as supporting sustained peace negotiations among those involved in armed conflict with the view of achieving meaningful reforms from these talks to benefit the peoples of Mindanao.

Global Ministries has had a “long, long relationship of trust and mission collaboration with InPeace and has placed young adults there since 2006,” Kemper said.

The harassment of the missionaries has been unacceptable, he added. “I think we have to stand up for rights and for human rights. It (the fact-finding) was not to take a political stand.”

Global Ministries has been supportive of Chandiwana on a daily basis throughout his detention, Hanson said. “We’re escalating the situation because we want his immediate departure. Our only aim has been for him to be able to leave. We’re ready and prepared for that.”

Becky Asedillo, a Filipino native and longtime Global Ministries staff member, visited Chandiwana at the detention center in Davao City three times in late May. “He was hoping for early release,” she said.

Pascua organized a group to meet Chandiwana when he arrived at the Bicutan Detention Center in Manila. Visitors to the missionary have included delegations from the seminary and from the National Council of Churches in the Philippines.

Kemper said he hopes to see Chandiwana on June 30 before a previously scheduled meeting in Manila and plans to make a detour to Mindanao early next week to visit InPeace in a show of support.

“We want to continue in mission in the Philippines,” he said. “It’s part of our global United Methodist Church.”

Asian and Pacific Islanders in the United States have continued to face racism from governmental actions and white supremacy since at least the middle of the 19th century. United Methodists are called in baptism to resist these and all forms of evil, injustice, and oppression.
Mission and Ministry