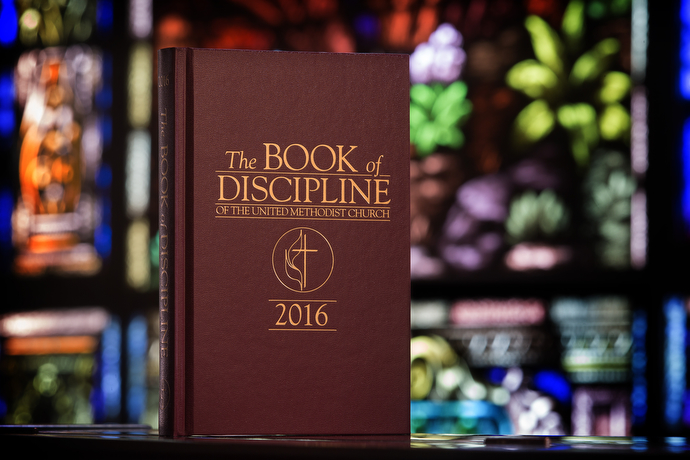 The United Methodist Judicial Council will consider items deferred from its October meeting during a special session just prior the 2019 General Conference in St. Louis. Submissions for the top court’s special session are limited to bodies authorized to file petitions by The United Methodist Book of Discipline. 2017 file photo by Mike DuBose, UMNS.

The United Methodist Judicial Council will consider five petitions deferred from its fall meeting during a Feb. 19-26 special session in St. Louis.

The session will begin just prior to the special General Conference, which meets Feb. 23-26 at the America’s Center Convention Complex in St. Louis to consider possible plans to resolve the decades-old conflict over homosexuality. Judicial Council will continue to meet during General Conference, as needed, when it receives requests from that body to consider.

Submissions for the top court’s special session are only for requests for action “that must be considered prior to the beginning of the called session of the General Conference,” the Rev. Lui Tran, Judicial Council secretary, said in a statement. Requests are limited to bodies authorized to file petitions by Paragraphs 2609 and 2610 in The United Methodist Book of Discipline, Tran said.

Nov. 30 is the submission deadline for the February special session and a tentative docket will be released sometime after that date.

Any amended opening briefs from those who previously submitted such briefs for the five docket items are due Dec. 14. Requests for an oral hearing also are due by Dec. 14. Amended original reply briefs must be submitted by Dec. 24. Any new submissions related to the docket items must be approved by the Judicial Council president.

Docket items deferred by the council in October include:

Regular filing dates, available on the Judicial Council calendar, will apply to the court’s spring meeting, which is April 23-26 in Evanston, Illinois.

Rulings from the United Methodist Judicial Council meeting include those related to Oct. 23 oral hearings on clergy appeals and removal of General Conference delegates.