In the United States, reporting a United Methodist congregation’s membership figures takes no more than a trip to the closest computer.

No matter the conference or country, the United Methodist membership data collected serves an important purpose.

“Collecting membership provides a method to show where we are and how many we are globally,” said Sharon Dean, chief officer for communications at the denomination’s General Council on Finance and Administration.

The data also helps determine the number of bishops in a given region, the amount of grants some local churches receive and the size of delegations each annual conference can send to General Conference — the denomination’s top lawmaking assembly.

Put another way, church membership has implications for both funding and votes. That means the numbers can face some skepticism — especially in the wake of this year’s tumultuous special General Conference that saw delegates, by a 438-384 margin, support stronger church restrictions related to homosexuality.

The United Methodist Church had about 6.8 million members in the United States as of the end of 2017, according to the most recent data from the General Council on Finance and Administration. That represents a drop of about 2% since 2016.

The administrative agency reports just under 5.7 million members in central conferences — church regions in Africa, Europe and the Philippines. That total has remained unchanged since the data collected for the year 2015.

GCFA’s data services department does what it can to ensure accuracy and to report the totals as quickly as possible. The department communicates with annual conferences, compares new numbers with historical data and tries to verify any large swings. Annual conferences — church regional bodies — work closely with districts and local churches to verify information as well.

However, counting people remains inexact in a denomination that spans multiple countries, languages and cultural understandings of church membership — not to mention different levels of infrastructure and technology for sharing the information in the first place.

For example, much of Congo has limited internet access at best and few roads that are passable by motor vehicle. District superintendents must journey long distances by bicycle to meet pastors and collect the membership data in person, said the Rev. Betty Kazadi Musau, secretary of the Central Congo Conference. 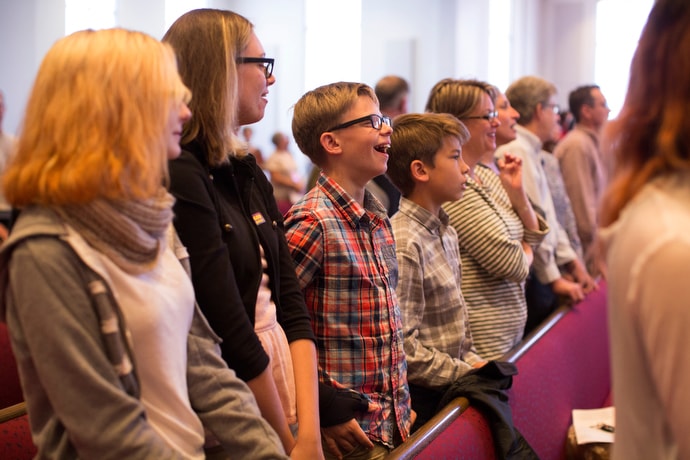 In the Philippines, a lack of internet accessibility is also a challenge. The Rev. Abraham Natividad, the statistician for the Middle Philippines Annual Conference, said district superintendents often wrestle with unreliable connectivity and end up making their church’s membership reports just before or during annual conference sessions.

“I would say that there is a number of not updated records due to these predicaments,” Natividad said.

The Philippines encompasses 26 annual conferences. That large number presents both challenges and benefits, said Bishop Rodolfo A. Juan, who leads conferences in the Davao Area. But among the benefits, he said, is the encouragement of "growth, numerical and spiritual."

In the United States, most churches now track membership and attendance data through Ezra, an online system provided by GCFA. The statistical year is from Jan. 1 to Dec. 31. It then is a matter of months for local church numbers to go through vetting from district superintendent to conference to GCFA, which posts U.S. congregational numbers on its website, umdata.org.

The result of the unequal infrastructure is that the membership reports are usually out of sync between the U.S. and the rest of the globe.

In hopes of promoting greater consistency, the administrative agency submitted — and the 2016 General Conference overwhelmingly passed — legislation that requires the secretary to make the calculations based on the membership data in the most recent conference journals submitted to GCFA. Journals are the official record of each annual conference.

The Rev. Gary Graves, the secretary of General Conference, used journals in determining the size of the 2020 General Conference delegations. The calculations use a statistical formula for professing and clergy membership detailed in the Book of Discipline, the denomination’s policy book.

The 2020 General Conference in Minneapolis will have 862 delegates overall, two fewer than this year’s special session. Of the 2020 delegates, 55.9% will be from the U.S., 32% from Africa, 6% from the Philippines, 4.6% from Europe and the remainder from concordat churches that have close ties to The United Methodist Church. Compared to the 2019 session, the U.S. will have fewer delegates overall, while African delegations gain 18 and the Philippines two.

But whether online or on paper, all membership data comes with some uncertainty.

“All of the data that we collect from local churches in any conference, regardless of continent, we collect on the basis of trust,” said Scott Brewer, treasurer and director of administrative services with the Great Plains Conference. He formerly oversaw data collection at GCFA and helped draft the journal legislation.

“I cannot, as the statistician of the Great Plains Conference, swear that the membership data that I report on to GCFA is 100 percent accurate because I am not inspecting the individual membership rolls of the 1,000 churches in my conference,” Brewer added.

The Book of Discipline outlines a process for congregations to keep updated rolls of professing members. 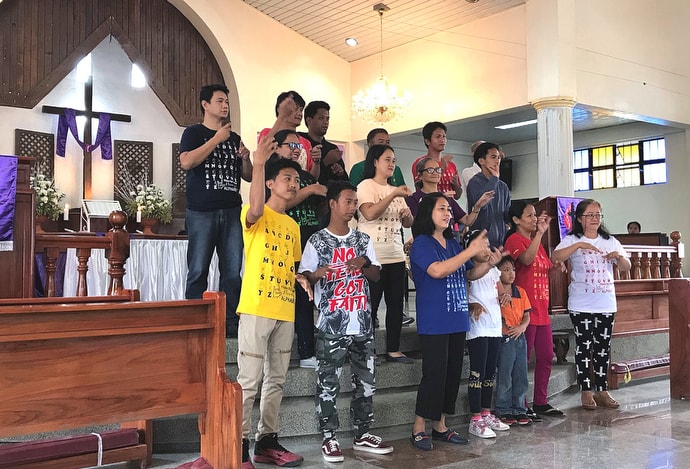 A United Methodist deaf choir signs the words of a hymn during worship in the Baguio Area in northern Philippines in April 2019. File photo courtesy of the Standing Committee on Central Conference Matters.

The Discipline defines a church’s professing membership as all baptized people who have come into faith by a profession of faith or through transfer from other churches.

Gaining the status of a professing member takes commitment, and losing that status takes time. The Discipline instructs a church’s pastor and other congregational leaders to make every effort to reenlist absent members over two years before removing them from the rolls. The Discipline also requires churches to give a reason for removal whether because of church meeting action or because the person’s address is unknown.

Still, many churches feel pressure to keep members on the rolls indefinitely.

Don House, an economist who frequently advises GCFA, recalled researching membership for the agency some years back and learning about a very large U.S. church that had not cleaned its rolls in decades.

With a new pastor, the church finally took note of who was missing and discovered its rolls included souls who had transferred to the Church Triumphant some 20 years before.

“They actually went to the county records to get records of deaths,” House said. Ultimately, the congregation’s decline resulted in an overall drop in its annual conference’s memberships.

“What it reminded us is that you have to be proactive in cleaning the rolls,” House said. For that reason, he believes attendance figures are a more reliable metric of the activity of a church. 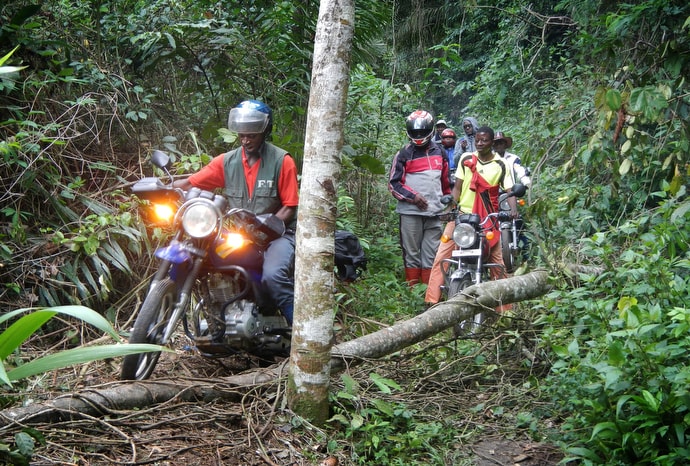 When it comes to membership statistics, Brewer calls The United Methodist Church in Zimbabwe “the gold standard.”

Each pastor in Zimbabwe produces a statistical report with the full names of every member, said the Rev. A. M. Gurupira, administrative assistant to Zimbabwe’s Bishop Eben K. Nhiwatiwa. Pastors also report each member’s attendance and financial giving. Statisticians in the two conferences in Zimbabwe then audit the reports to make sure they match the church registries. The audits make it impossible for pastors to report “ghost” members, Gurupira said.

Brewer wishes more churches would embrace an understanding of membership as more than occasional church attendance.

“If we could get back to a place where we really saw membership as having some pretty significant requirements around discipleship — the way it was 150 or 200 years ago — then membership could become a much more useful metric and really would be closer to what it’s intended to be.”

Hahn is a multimedia news reporter for UM News. Gladys Mangiduyos, a communicator in the Philippines, contributed to this story. Contact them at (615) 742-5470 or [email protected]. To read more United Methodist news, subscribe to the free Daily or Weekly Digests.

Aging congregations and expensive buildings are plaguing many churches, but there is an upside. Church leaders are starting to get innovative about how their real estate is used, and that could be the road to a sustainable future.
General Agencies

United Methodist leaders agree that big changes are coming as the denomination grapples with rising church disaffiliations. But disagreements remain on how best to balance financial uncertainty with missional commitments.
Local Church