The approvals came when UMCOR’s board of directors met during the April 20-22 meeting of the United Methodist Board of Global Ministries, the relief agency’s parent organization.

The health board projects focus on hospital revitalization and malaria prevention and control, said Dr. Olusimbo Ige, director of Global Health. She was later elected by Global Ministries directors to be UMCOR’s interim executive director. 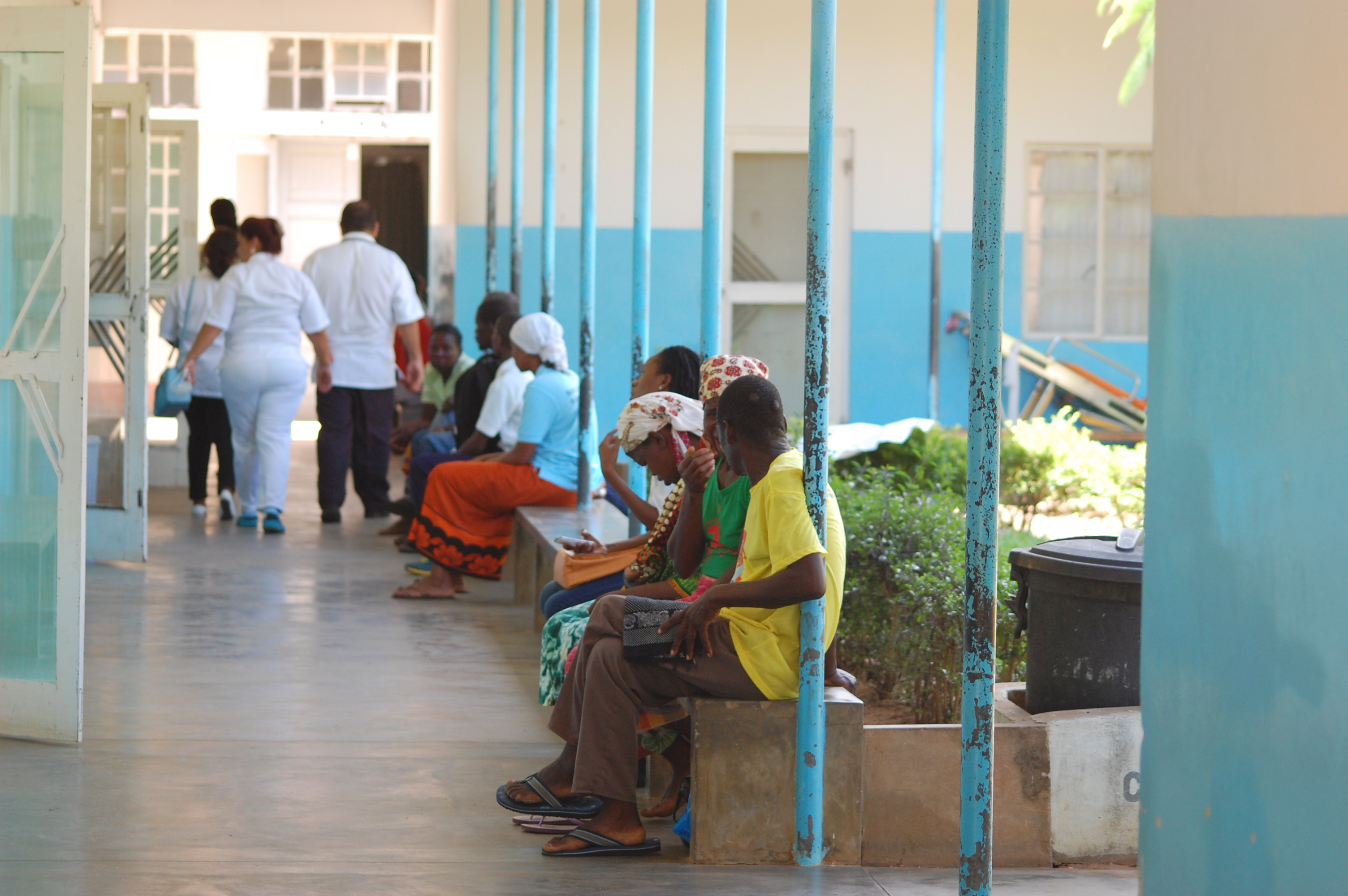 Men and women sit outside the maternity ward of the Chicuque Rural Hospital in Chicuque, Mozambique. Photo by Keeton Bigham-Tsai, Connectional Table.

UMCOR allotted $331,418 to the United Methodist health board in Mozambique to improve the physical infrastructure of Chicuque Rural Hospital. Improvements will include “basic and much needed hospital rehabilitation,” the completion of an expansion in progress and the acquisition of selected medical equipment, according to the project description.

A $173,217 grant to the United Methodist health board in Nigeria will support the expansion of Jalingo Hospital in Taraba State into a fully functioning facility. Ige explained that the hospital replaces a facility in another area that was taken over as part of a tribal conflict. Utilizing the displaced staff, Bishop John Wesley Yohanna wants a hospital in Jalingo, the state capital, “which is accessible to all,” Ige said.

In the Democratic Republic of Congo, a $329,240 grant will be used toward the health board’s goal of achieving a 40 percent reduction in malaria morbidity and deaths by 2020 through prevention measures for 5,000 pregnant women and 20,000 children under 5; diagnosis and treatment of malaria cases and the rehabilitation of Wembonyama Hospital.

In Zimbabwe, a $753,434 grant will help with malaria education, prevention and treatment as well as renovation of the Dindi Rural Health Clinic and some sections of Old Mutare Hospital. Direct beneficiaries will include 8,730 pregnant women and 28,613 children under 5, along with 177,501 other people.

“Zimbabwe has been one of the most successful health boards that we have,” Ige said, noting that the board has been recognized by the government for its work. One of its innovative programs is the training of “school masters” to provide malaria treatments so that children don’t have to miss school.

Issues and actions surrounding migration were highlighted during the United Methodist Board of Global Ministries’ spring meeting, April 20-22, in Atlanta, Georgia.

In Florida, a $375,000 grant for those affected by Hurricane Hermine in September 2016 will support more than 150 families with the greatest needs for housing. An $850,000 grant — responding to Hurricane Matthew, which struck last October — will be used for case management of at least 300 families in need.

The Mississippi Conference is assisting with recovery from tornadoes, straight-line winds and flooding in January. The conference has been asked to take the lead, said Cathy Earl, UMCOR’s director for U.S. disaster response, “because of their long history of quality case management” and the $400,000 grant will support that work.

South Carolina has had October disasters in two consecutive years, but Earl noted that the conference there is building on its recovery work for the historic flooding in 2015 to address damage from Hurricane Matthew in 2016. The $500,000 grant will assist in that effort.

A grant of $859,839 will help the Louisiana Conference address multiple disasters, including statewide flooding. “Up to 85 percent of their region is in some form of recovery because of those floods,” Earl explained. “All of the long-term recovery functions are covered under this and they (the conference) are still in cooperation with the larger sector, both government and voluntary.”

Outside the U.S., UMCOR allotted $250,000 to The United Methodist Church in Mozambique to provide housing repair to four communities affected by Cyclone Dineo in February.

As a pilot project, UMCOR also plans to establish a disaster response coordinator for the Mozambique church in the coming year and provide training and instruction on the development of disaster-risk reduction projects.

The pilot project is part of an investigation about whether disaster response coordinators for the denomination’s central conferences in Africa, Asia and Europe could take the lead in developing and coordinating projects “so that we are able to do more than we are currently doing,” Ige said.