When you give a $10 gift to Imagine No Malaria, how does the money go from your local church to saving lives in Africa?

The Rev. Arlindo Romão can attest to how such gifts do far more than buy insecticide-treated bed nets.

Romão, a United Methodist and a malaria survivor himself, is the health care coordinator at the Center of Hope, a United Methodist-supported center in rural Mozambique that is dedicated to public health education and disease prevention.

The center recently received its first grant of about $10,000 from the Imagine No Malaria initiative. Romão hopes those funds will be just the beginning of church financial support for the center’s efforts to fight the deadly disease.

First, he wants to assess the needs. And to do that, it’s best to start small.

Here is how your gifts to the #UMC's Imagine No Malaria campaign make it to the people who need it.

Mozambique, unlike other sub-Saharan African nations, has no shortage of mosquito bed nets. Both the national government and various nongovernmental organizations distribute nets far and wide.

“But there is no organization that follows up on how people are using the mosquito nets and what the local environmental issues are, like sanitation,” Romão told an international delegation of church leaders that included members of the United Methodist Connectional Table.

He hopes the Center of Hope can fill that gap.

The limits of mosquito nets 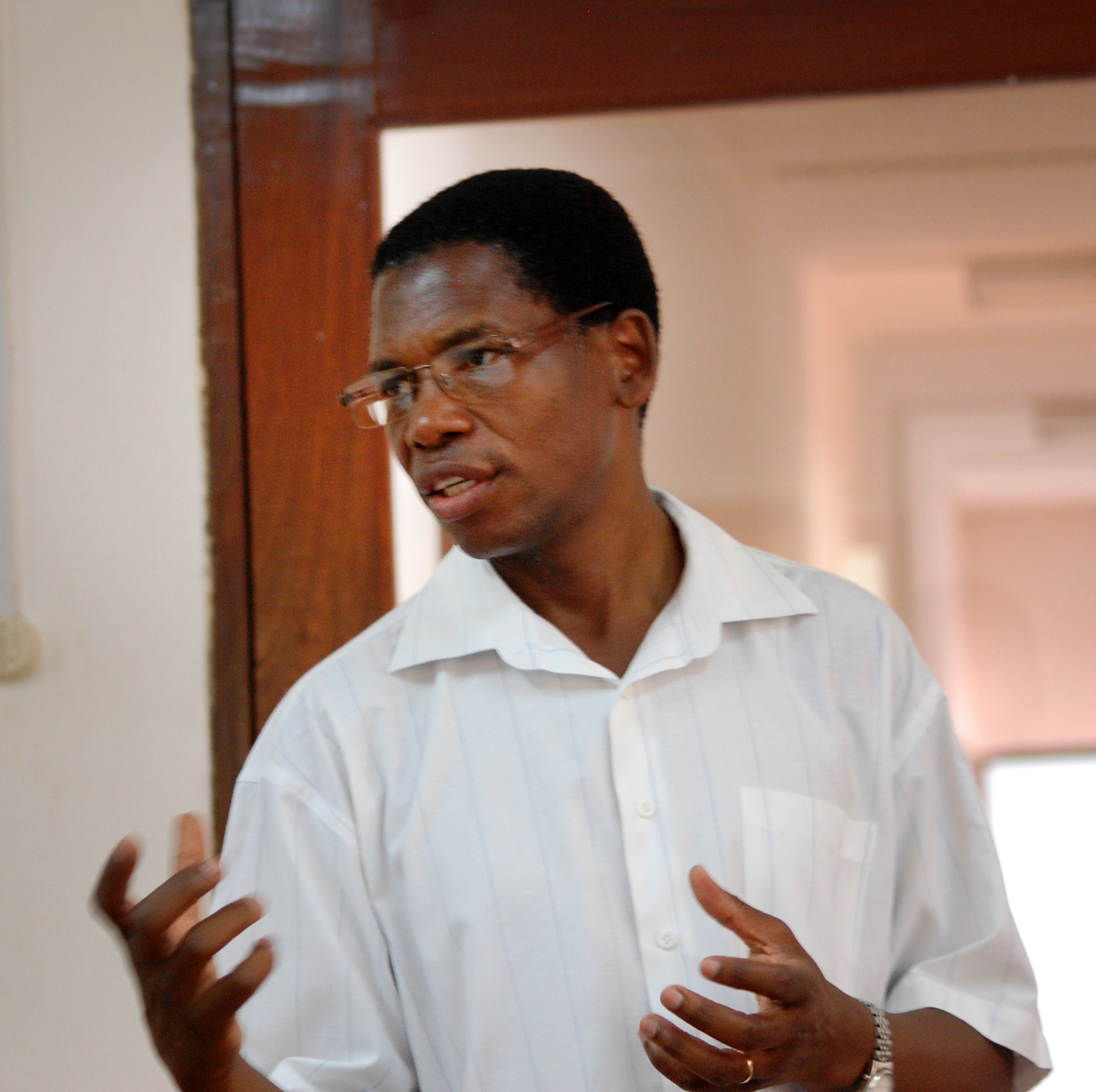 The Rev. Alindo Romão, health coordinator for the Center of Hope in Chicuque, Mozambique speaks to visitors during a 2015 site visit from the Connectional Table. Photo by Keeton Bigham-Tsai

Mosquito netting is not a magic bullet to stop malaria.

The New York Times in January reported that people in countries across Africa, including Mozambique, are using the tiny-holed nets for fishing rather than their intended purpose, imperiling supplies of a limited food source. According to the U.S. Environmental Protection Agency, the insecticide used in the nets also can cause cancer in humans when ingested.

Neither Romão nor other Mozambicans who spoke with the church delegation had ever seen mosquito nets used for fishing. In fact, they pointed out that the government fines people for using the mosquito nets to fish precisely because doing so stresses the population of a diet staple.

But Romão did talk of seeing people sleep beneath worn-out nets with holes big enough to let in mosquitoes or not using nets at all. A net typically works for only three years before needing replacement and sleeping under them without air conditioning — as the international delegation learned — can be uncomfortable during Mozambique’s hot, muggy nights.

Nets are just one tool in preventing the spread of the mosquito-borne parasite that causes malaria. Another important step is to reduce the standing water where mosquitoes breed. Romão said his center has learned that most mosquitoes develop in households.

“One of our strategies is to go to the community and train community health workers,” he said. “We train them to find the sanitation conditions that can most lead to the production of mosquitoes and help correct those conditions.”

The center plans to use part of its initial Imagine No Malaria grant to survey conditions in a Mozambican community where — despite national trends — malaria is on the rise. The survey will aim to identify those who are receiving nets from the government and how the nets are being used.

The Rev. Gary R. Henderson, the executive director of the Global Health Initiative at United Methodist Communications, was part of the international delegation that met with Romão.

“Part of what donors have been asking is what is the impact, what is the difference made by the money being raised,” said Henderson. The center’s survey will provide a baseline from which future progress can be measured.

The Center of Hope then can use its findings to apply for more Imagine No Malaria grants, Henderson said, which could end up being worth hundreds of thousands of dollars.

How Imagine No Malaria funds are distributed

Since April 2010, The United Methodist Church’s Imagine No Malaria initiative has raised around $66 million in gifts and pledges to reduce deaths and suffering in sub-Saharan Africa.  The initiative aims to have a commitment of $75 million by the end of the year.

To learn more and support Imagine No Malaria, visit imaginenomalaria.org/

The Center of Hope is in part supported through the United Methodist Advance. You can support its work here

So far, the initiative has used those funds to distribute more than 2.3 million bed nets, train more than 11,600 health workers and help support more than 300 United Methodist clinics and hospitals.

The Imagine No Malaria grants aren’t awarded to just anyone.

“What we are looking at is the need in that area, the successful implementation in the past, and the efficiency — are you getting the right bang for your buck?” said Dr. Olusimbo Ige, a physician and executive director for global health at the United Methodist Board of Global Ministries.

Imagine No Malaria works with United Methodist health boards across Africa to implement the grants, she said.

Each health board includes health care professionals, lawyers and other experts selected by the United Methodist conferences in Africa. They identify health needs, distribute resources and help document how the money is used.

The grant distribution system began in 2012 with five health boards and has now grown to 12 health boards. Mozambique is the most recent addition.

Paul, in his first letter to the Thessalonians, advised the early Christians to “examine everything carefully and hang on to what is good.”  That is a guiding principle for Imagine No Malaria. Each health board is expected to report to the panel regularly about how the money is used, what is working and what is not.

After repeated success, a health board can receive grants of up to $300,000. After multiple reviews, the health boards in Sierra Leone, East Congo and Central Congo have all reached the maximum level.

The United Methodist Church’s approach, along with the efforts of international partners, is bearing fruit.

The number of people dying from malaria has fallen dramatically since 2000 and malaria cases also are steadily declining, said the  World Health Organization’s World Malaria Report 2014, released in December. Between 2000 and 2013, the report says, the malaria mortality rate decreased by 47 percent worldwide. In the WHO African Region — where about 90 percent of malaria deaths occur — the decrease is 54 percent.

But there is more work to do. Romão pointed out that while malaria rates are declining in Mozambique overall, the disease is still the top killer of children under 5 in his country.

Pregnant women and people who are HIV-positive also are especially at risk of dying from malaria, Ige said.

Romão, who studied public health administration at United Methodist-related Africa University in Mutare, Zimbabwe, is a member of Mozambique’s health board. Before applying for a grant, he attended training on how to integrate malaria control with his center’s work in preventing the spread of HIV. He also learned how to measure and document grant results.

His health board’s first grant will focus on children. In addition to the survey, he said the center’s staff also plans to do educational programs at schools in the targeted community.

One of the main problems the center has already identified is that as many as 40 percent of children in the community are not using their government-supplied bed nets.

If at the end of the current grant, the center finds that the vast majority of children are sleeping soundly under their nets, Romão said he will consider this first effort successful.

“The Bible says, ‘Teach the children while they are young,’” he said. “If we start with them, I believe the Bible is true, it will make a difference.”