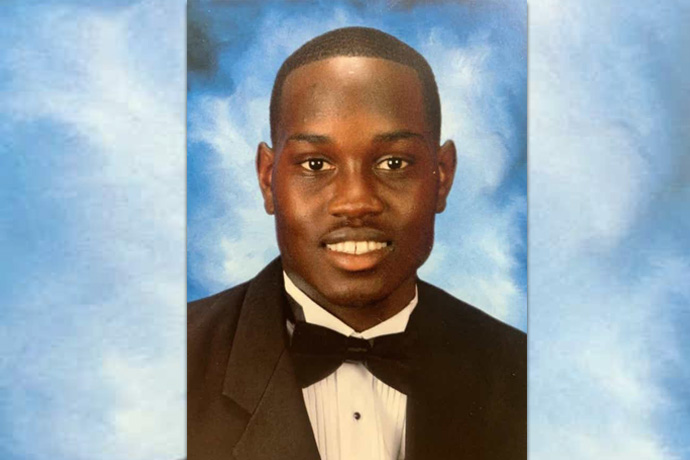 Ahmaud Arbery, a 25-year-old man from Brunswick, Ga., was shot and killed Feb. 23, but it was only after the May 5 release of a video of the incident that Gregory McMichael and his son Travis McMichael were charged in the killing. Family photo courtesy of Twitter.
The words “Black Lives Matter” are flying on a flag outside Park Hill United Methodist Church in Denver, Colorado, and United Methodist leaders are calling for a renewed effort to end racism after an unarmed black man was shot and killed while jogging near his home in Brunswick, Georgia.

Ahmaud Arbery, 25, was shot on Feb. 23. On May 7, the Georgia Bureau of Investigation announced it had charged two white men, Gregory McMichael, 64, and his son, Travis McMichael, 34, with murder and aggravated assault in the case. The arrest came after the public release of a cellphone video of the shooting.

Two United Methodist agencies called in a joint statement for the eradication of racism. The South Georgia Conference bishop, in a statement signed by other clergy, stressed that United Methodists value the sanctity of human life. 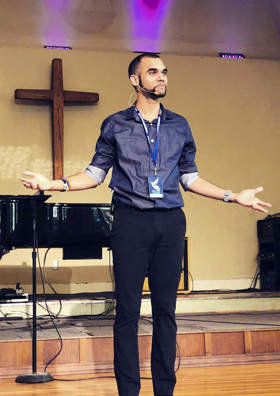 “Ahmaud was not and is still not being treated as if his life matters,” Adams said.

In a newsletter to his congregation, Adams wrote, “Most of you know that I run about five to seven days a week. I run all over town. I love the way my body feels when I run. I love how it can clear my mind and calm my spirit. I love exploring new places on foot. I love the time to simply be by myself.

“What I don’t love though, is that I am almost always aware and questioning how others might be viewing me as I run by them.”

Adams said he has received many messages from members of his congregation in support of him and in concern for his safety.

Adams said one Anglo member of the church said he was “clueless” about the dangers Adams and other black people face in doing something as simple as jogging.

“We need informed, equipped and committed clergy and laity to unapologetically shine the light of truth in their homes, workplaces, churches and communities, by declaring racism as sin and actively pursuing God’s desire for all to live in safety and freedom,” said Erin Hawkins, top executive of the Commission on Religion and Race.

Resources and discussions about the problem of racism available from church agencies and the South Georgia Conference include:

The Commission on Religion and Race re-scheduled a Facebook Live discussion to 4 p.m. ET May 12 to discuss specific actions to take to dismantle systems and expressions of racism.

The Rev. Angela Brown, minister of community engagement, advocacy and justice of the California-Nevada Conference and a former district attorney, and the Rev. Andy Oliver, pastor of Allendale United Methodist Church in St. Petersburg, Florida, were leaders of the conversation.
The Rev. Susan Henry-Crowe, top executive of the Board of Church and Society, said The United Methodist Social Principles names racism as a sin.

“My white brothers and sisters need to recognize our complicity in the culture of systemic racism and condemn white supremacy as sin. Churches must continue to address racism within their own communities. The words ‘Thy kingdom come, thy will be done’ will only be realized when we address the root causes of racism that pervade all aspects of our society,” she said.

According to news reports, McMichael previously told police that he and his son chased after Arbery because they suspected he was a burglar. Arbery’s mother, Wanda Cooper Jones, has said she thinks her son, a former football player, was just jogging in the Satilla Shores neighborhood before he was killed on a Sunday afternoon.

Bishop Lawson Bryan, South Georgia Conference episcopal leader, said in statement signed by more than a dozen clergy, “As United Methodists, we value the sanctity of human life and deplore violence in our communities and acts of racism, hatred, and systems that perpetuate these and other injustices.”

“While we don't know everything about this shooting and wait for information, we must not hesitate to move toward all those involved with the healing love of Jesus Christ.”

The National Council of Churches spoke out against the shooting of Arbery as well as the shooting of another black man, Dreasjon (Sean) Reed, 21, on May 8 by Indianapolis police.

According to Jim Winkler, a United Methodist who serves as the council’s president and top executive, “Our history is marred with 400 years of slavery, racism, and lynchings that include far too many incidents like these. Now, we have these unprovoked and grotesque murders in broad daylight. We demand justice.”