United Methodists also were among the signers of a statement launching a “Movement Against Tyranny” released Aug. 28 to coincide with National Heroes' Day in the Philippines.

More than 100 people from civic and religious groups, along with relatives of victims of the anti-drug war, created loud noises as part of an Aug. 23 protest in front of the Philippine National Police headquarters in Quezon City and lit candles afterward. 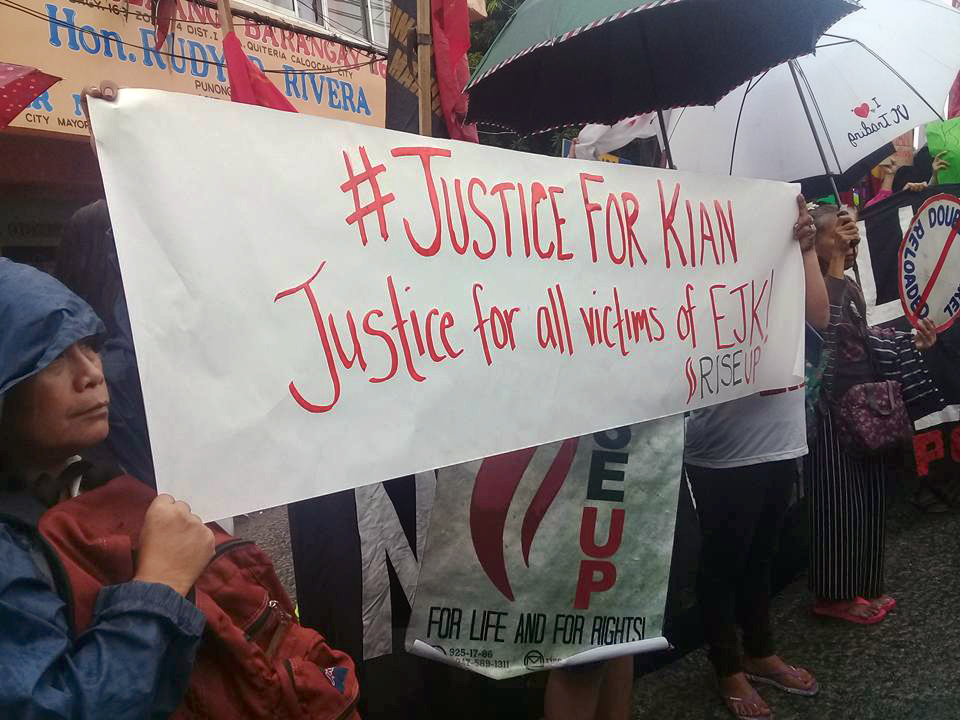 Attendees of a rally hold a sign demanding justice for Kian delos Santos and other victims of extrajudicial killings under the Operation Galugad of the War on Drugs campaign of President Rodrigo Duterte in the Philippines. Photo courtesy of Rubilyn Litao.

Aminah A. Lucena, a United Methodist youth from the Southwest Metro Manila district of the Philippines Annual Conference joined the protest in front of police headquarters to express the great need to gain justice for Kian.

"Anywhere I go, whatever I do, I persist to seek justice and walk humbly in my own little ways, even if my parents always remind me that there are other ways to express this instead of joining a protest,” she said, quoting Micah 6:8.

The Revs. Lizette Tapia-Raquel and Roland G. Annaguey, both United Methodist clergy studying at Yonsei University in Seoul, Korea, were part of another protest on Aug. 25.

"It's Global Action day for Kian. Kian was a 17-year-old, grade 11 student, and the son of an overseas Filipino worker. He was a victim of extrajudicial killings under the Operation Galugad of the War on Drugs campaign of President Duterte,” said Tapia-Raquel.

“To date, there have been at least 12,000 victims, some of them as young as 5 years old. Kian embodies our vulnerabilities as people under a violent and anti-poor government."

Barely five months ago, United Methodists — part of an alliance of human rights lawyers, civic organizations, survivors and families of victims — spoke out against drug-related extrajudicial killings in the Philippines.

Rubilyn Litao, a United Methodist deaconess on the program staff of Kasimbayan, an ecumenical center for development, works with the Rise Up for Life and for Rights.

"Social responsibility is one of the ministries I have come to commit myself as a deaconess,” she said. "The killing of Kian in the name of war on drugs is an affront to the One who gave life. Expressing this concern in front of the Philippine National Police is a principled move because those police inside are the ones responsible to many killings." 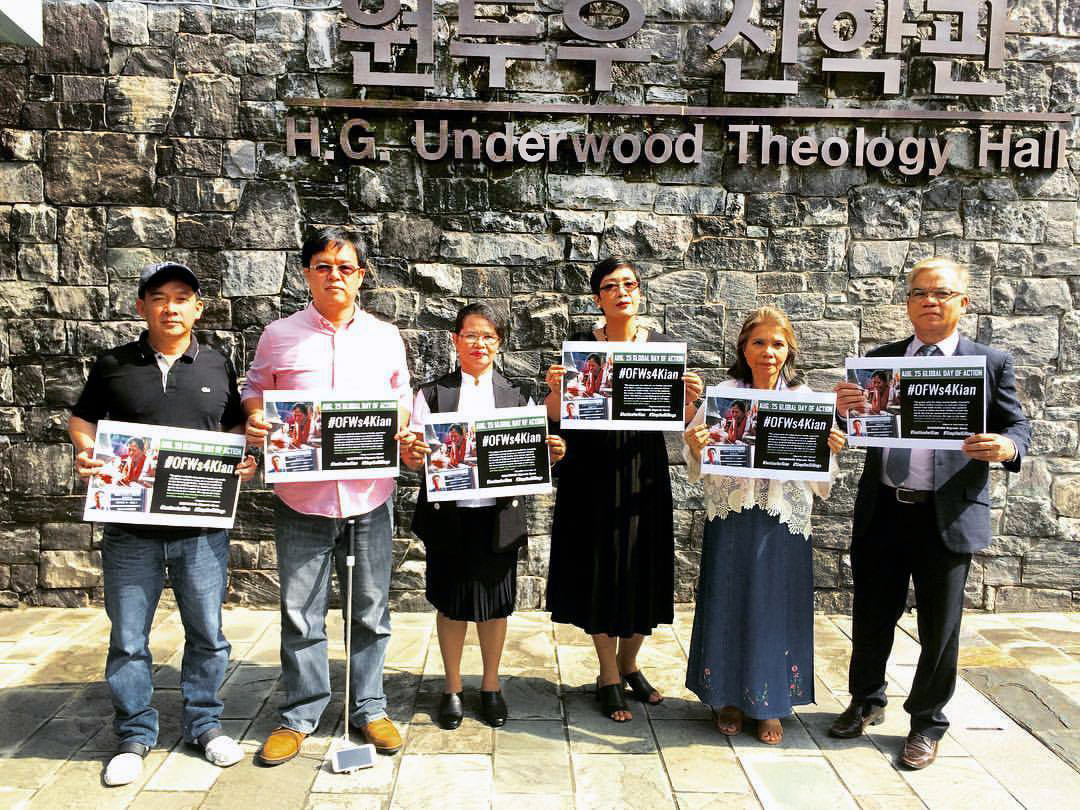 "There may be martial law in Mindanao, but we have had martial rule in poor communities through Duterte’s War on Drugs since his first day in office,” said the Rev. Gilbert Billena, spokesperson for Rise Up for Life and for Rights.

“People have been killed every day at the whim of state forces under Operation Double Barrel/Tokhang. There is no due process. They just keep gunning people down on the street.

The organization calls for a dismantling of the drug pipeline through drug lords, suppliers, producers and “narco-politicians.”

“The poor need and deserve livelihood programs and social services, including rehabilitation for those dependent on drug use,” Billena added. “We must address the roots of what makes for the proliferation of the illegal drug trade and not just give the police a license to kill."

Darlene Marquez-Caramanzana, a United Methodist deaconess and a staff executive for the education and nurture program of the National Council of Churches in the Philippines, was a signer of the Aug. 28 statement for the Movement Against Tyranny.

"In the face of blatant acts of tyranny, it is time to take a stand, to speak out and to act,” the statement said. “We demand an end to extrajudicial killings and mass murder in the name of the Duterte regime’s ‘war on drugs’ and ‘war on terror.’

The statement condemns blanket martial law powers, demands “an independent and impartial investigation” of arrests and human rights violations during the siege of Marawi and resists efforts to silence mass media and public opinion.

Lucena, the youth who attended the protest at police headquarters, said she believes that "justice is for all, not only for selected few, each one deserves due process. Kian never went through due process.

"Faith has taught us to love others, not only ourselves and not just stay in our own comforts, but empathize with others who go through a serious ordeal like the parents of Kian."