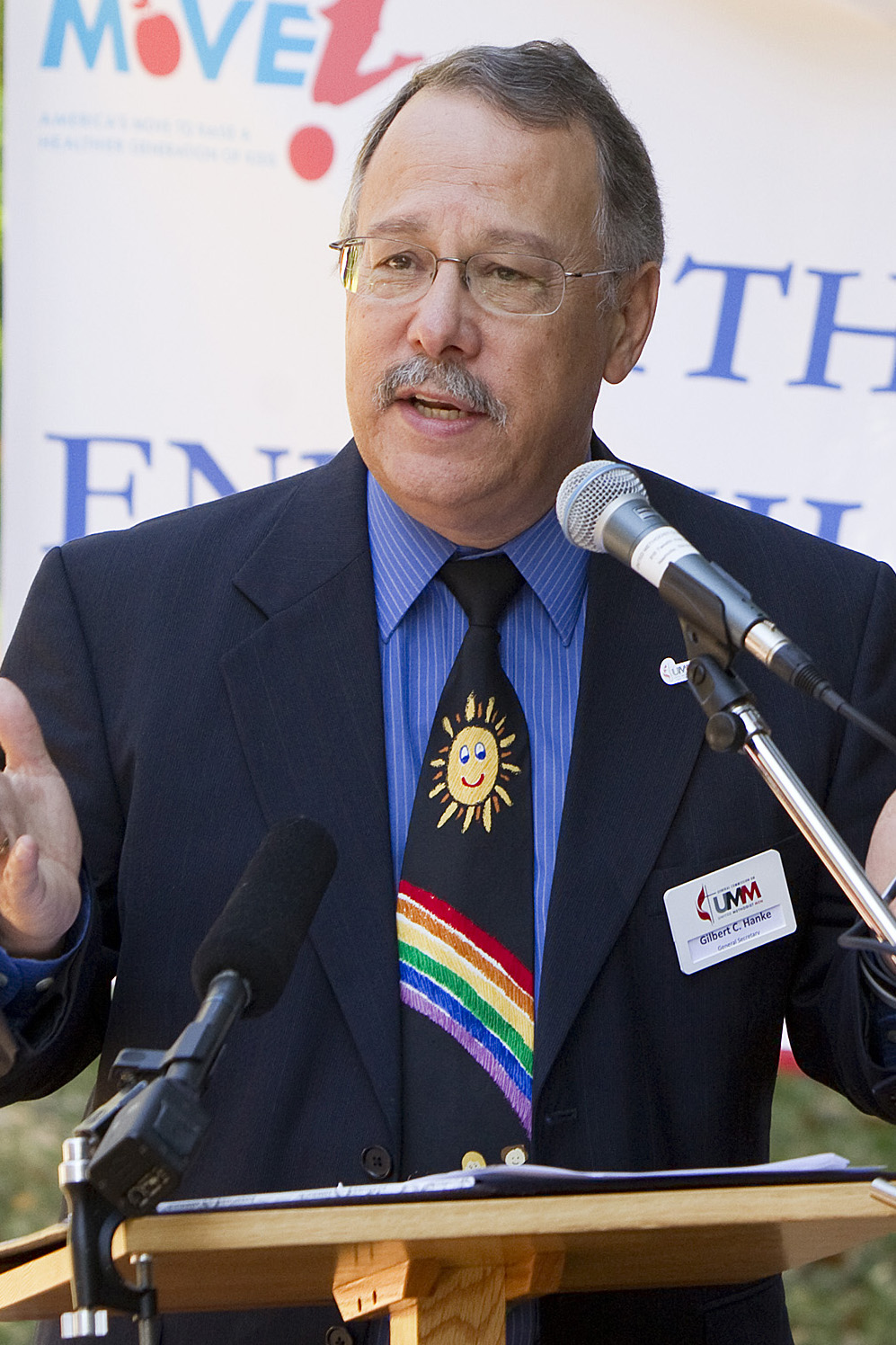 “What are the roles of women and men in the life of the church, and are they equal?”

I have significant sensitivity to this topic, but for different reasons than you might expect.

Prior to assuming the post of general secretary of the General Commission on United Methodist Men, I had a wonderful career as a speech-language pathologist.

When I applied to graduate school, the head of the program expressed concern about my ability to complete the graduate program. She cited several reasons. My undergraduate degree was in an unrelated field, and my grades were not at the top of the class. I was a veteran, newly married and a male. The last item appeared to be the most significant.

At that time, 94 percent of all speech-language pathologists were female.

In spite of her doubts, I did complete the program and I had a wonderful 30-year career working in various medical settings and as an adjunct faculty member in the Speech-Language Pathology Department at Stephen F. Austin State University. It was rare to have more than two males in a class of 20.

A person once told me, “You can’t be a speech-language pathologist, they are always women.”

Of course, I am not the only person who has experienced gender bias related to vocational choice.

Many people continue to assume accounting and engineering are male occupations, and elementary school teaching and nursing are female occupations, but hundreds of men and women disprove those generalized assumptions.

We can see some continued gender biases in churches.

If you are a man, many people assume you should be on the board of trustees, and if you’re a woman, you should be a nursery school teacher or chair of the memorial committee.

Yet, it is important to have both men and women serving in all these capacities.

When children see only women as teachers in elementary school and Sunday school classes, young boys will miss an adult figure with whom they can identify within that role.

In the same way, if girls see only men in pulpits and other church leadership roles, they will miss a role model with whom they can identify.

We each have gifts, and those gifts come to us regardless of gender.

The danger of imbalance

While I think men and women are equal in every way, the imbalance in our church attendance today was not present 20 years ago.

When a man enters a church for the first time, he has one question in mind: “Is there a place for me?” If only 30 percent of the congregants are male, that will affect his perception of the church. If all the leaders in the service, most of the choir members, and many of the ushers are female, he may believe this isn’t the place for him.

I have a friend who was on staff at a large United Methodist church. She was amazed that when she joined the staff, the senior pastor, the associate pastor, the deacon and the director of music were all females. The leader of the praise band and the custodian were the only males on staff.

“What were they thinking?” she asked.

Not surprisingly, the attendance of males in the traditional services dropped significantly during that staff configuration.

There continues to be many churches that have multiple clergy who are all males. That used to be the norm, but, thankfully, most churches seek to be more inclusive in all levels of leadership.

The value of gender-specific groups

I get to lead many small groups. Some of them include men and women, and some are gender-specific. The configuration generally depends on the purpose of the group.

I have attended Sunday school with my wife most of our marriage. We were in the same disciple Bible study classes for each of the series, and we attended several church-wide studies together.

However, on Wednesday nights, my wife attends a Bible study with women; and I attend one with men.

I am also in an all-male Emmaus Reunion group, and I am in several all-male class meeting groups.

If one of the purposes of the meeting is “self-inflected” or “self-imposed” accountability, gender-specific groups work best for me, and, in my experience, for most men.

The role of all men and all women within this denomination is to be disciples who make more disciples. For me, that means we each have a systematic, measurable, on-growing relationship with Jesus Christ. I am glad that our church has dynamic leaders at every level who are lay and clergy, and who are male and female.

I get to work with men in men’s ministry in different denominations, many do not allow women to assume leadership roles and do not have the gender inclusiveness we enjoy. The United Methodist Church, having both male and female role models and leaders, more clearly fits my perception of the Kingdom of God.

Our denomination has established four areas of focus:

1. Ministry with the poor
2. New places for new people
3. Abundant health for all, and
4. Developing principled Christian leaders.

While we are encouraged to pay attention to all four areas, the need for leaders is the most critical.

Leaders are needed at the annual conference, district and local church levels.
And leaders are not gender specific.

Men and women are equal in every way. They should have opportunities to serve any role in a local church or a denomination. However, there is danger when there is a gender imbalance.
In spite of equal opportunities, there are times when men and women enjoy and benefit by participation in same-gender groups.

Hanke is general secretary of the General Commission on United Methodist Men.

A 2022 edition of the New Revised Standard Version of the Bible updates language, grammar and punctuation aimed at increasing the Bible's accuracy.
General Church

Deeply rooted problems plaguing the denomination will not be solved by legislation but by repentance and a return to radical obedience to Scripture, says one United Methodist pastor.