The Simple Plan began its journey as an outlier aspiration incubated in the United Methodist Queer Clergy Caucus. Its supporters leaped in numbers, helping to gain recognition throughout the U.S. and within the Central Conferences. 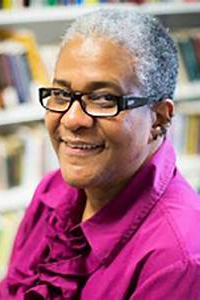 The plan recommends modifications to paragraphs in the Book of Discipline (Paras. 161.C, 161.G, 304.3, 310.2(d)) that prohibit the marriage and ordination of same-gender loving persons, deny the sacred worth of LGBTQI (lesbian, gay, bisexual, transgender, queer and intersex) persons, and exclude us from participation in all the benefits, privileges and responsibilities of membership in The United Methodist Church. The fundamental intent is the removal of statements that use sexual identity-based language to discriminate against a category of persons within the church.

The Simple Plan shares intent with the One Church Plan to delete the discriminatory, identity-based statements from the Book of Discipline. They diverge where the Simple Plan prioritizes theological values and commitments over governance and polity as the compass by which we consider the sacred worth of LGBTQI persons.

The Simple Plan’s interest in The United Methodist Church as an institution:

• Protects the freedom of conscience of congregations and pastors, upholding their right to affirm, deny, or hesitate over welcoming same-gender loving unions.

• Maintains the freedom of pastors to determine the marriages over which they preside.

• Allows pastors and congregations to act within their consciences and to be in compliance with laws about homosexuality and gender variations within the U.S. and nations of the central conferences.

• Retains institutional unity by what it protects, maintains and allows.

• Most importantly, it altogether removes the current statements in the Book of Discipline that sanction sexuality discrimination within the covenant of our beloved community and hold the church hostage to unjust rules.

While the Simple Plan would relieve the church of the toxins and burdens of statements that espouse discrimination, sanction prejudice and allow retaliatory charges, it does not relieve the church of discriminatory attitudes. The LGBTQI community remains unprotected from the will to bigotry that persists throughout the church. Effectively, the Simple Plan returns the church to its condition prior to its covenant with discrimination and unrighteous declarations. It stops short of affirming the sacred worth of LGBTQI persons and prohibiting our dehumanization.

Despite the Simple Plan’s shortfalls, it surpasses the Traditional, Connectional and One Church plans, by offering the strongest potential for a community of faithfulness, hope and love. By contrast, it rightly claims to be the least harmful to LGBTQI persons and it maximizes the church’s potential to do good. It enables The United Methodist Church to be like the kin-dom of God – a realm in which varieties of humans can face the challenge of being together in community.

• Restores opportunities to strengthen the bridges needed for beloved fellowship across the lines of sexual and gender orientations, racialized histories, ethnic traditions, social and political power differentials, and global tensions to greater and more gracious inclusion. For Christ is “our peace … [he] has broken down the dividing wall, that is the hostility between us” (Ephesians 2:14 NRSV).

• Heralds a renewed beloved community in which the voices of minority groups that — in concert with allies — can protest any effort to include toxins of unrighteous identity-based bigotry, intolerance and discrimination within our covenant.

Thus the Simple Plan is Wesleyan in that it does not inflict harm but seeks to do all the good possible in our times. It is seminal to a church reborn to the fullness of a complex unity. It is evocative of God’s realms because it is restorative, replenishing, re-creative and antidotal. It avoids reinstating unfortunate schismatic precedents. It does not propose thorough or quasi-schisms that require a segmented unity based on simplistic anti-LGBTQI homogeneity. It rejects imitating old racist histories. It strongly discourages the opprobrious rejection of connectionalism that favors sexuality and gender-based theological and structural apartheid.

Prophetic, visionary, value-laden and courageous, the Simple Plan propels The United Methodist Church toward generous openness and gracious inclusion. It reminds us that the church’s missional purpose in discipleship and ministry is for all persons without distinction. It calls us as individuals and connected communities to boldly embrace our diversity, thus best articulating our defining motto, “Open Hearts. Open Minds. Open Doors.”

Spencer Miller is assistant professor of New Testament at Drew University Theological School and a minister-in-residence at United Methodist Church of the Village in New York.

Commentary: Grateful for gifts of LGBTQ in church

The Rev. Molly Vetter says that throughout her life, she has been blessed by the gifts of mentors and colleagues in ministry who are LGBTQ.

Retired United Methodist clergy are organizing a meeting that comes as other groups are also weighing in on the homosexuality debate.
General Church

Former United Methodists talk about their pain — and what they think the church lost when they left.