Chett Pritchett recently posted a Facebook request for comments from people who have left The United Methodist Church. He wanted to see how many people had left for the same reason he did — the church’s stance on LGBTQ people.

“I had over 100 responses,” said Pritchett, who was executive director of the Methodist Federation for Social Action from 2012 until June 2016. “At least 60 percent of those responses had to deal with the fact that the people themselves identify as LGBTQ, or a family member or a close friend.” He said he personally knows 50 LGBTQ people who have left the church.

When former United Methodist pastor Karyn Wiseman decided to transfer to the United Church of Christ, her polity class of 33 people included 26 other departing United Methodists who mentioned LGBTQ issues as their reason for leaving.

Another former United Methodist minister, Mark E. Parsons-Justice, said he could name 15 LGBTQ people off the top of his head who had left.

While there is no hard data on reasons United Methodists leave, a study by the Public Religion Research Institute in 2016 found that 29 percent of Americans 18- to 29-years-old who spurn Christianity cite “negative teachings about or treatment of gay and lesbian people by religious organizations.”

“Queer folks have given so much to this church — our presence, our service, our gifts, our hearts — despite a half century of ill treatment, threats, charges, trials and more,” said Dorothee Benz, national representative and founding chair of the advocacy group Methodists in New Directions, and a delegate to the special General Conference.

“We are an integral part of the church, not some outside ‘issue’ to be solved, yet the church does not even recognize the gaping wound in the body of Christ that is the mass exodus of LGBTQI people.”

Retired Bishop Kenneth L. Carder, who supports the One Church Plan, agrees that the exodus of LGBTQ persons has hurt the church.

“During my years as a seminary professor, I spent many hours in conversation with exceptionally gifted LGBTQ United Methodist students who were called to ordained ministry, but who left the denomination because of our exclusionary position,” Carder said. “We are weaker and less faithful as a church without the benefit of their ministries.”

Carder believes that legislation will not resolve the issue.

“Neither will it be resolved at the level of the general church,” he said. “The appropriate and most effective context to wrestle with the complex issue of human sexuality is in local congregations where the questions of sexual identity are not ethical or theological abstractions. Rather, they are deeply personal human struggles to be dealt with compassion, humility, and most of all the mind that was in Christ Jesus.”

The Council of Bishops pledged in a December pastoral letter to LGBTQ persons to “commit ourselves to helping people who disagree with each other to have conversations that include, honor and respect people with different convictions.

“We are a diverse group of leaders—conservative, centrist, progressive—however, we are unified in our commitment to work together in ways that will give you and all God’s children strength, comfort and hope for better and more merciful tomorrows.” 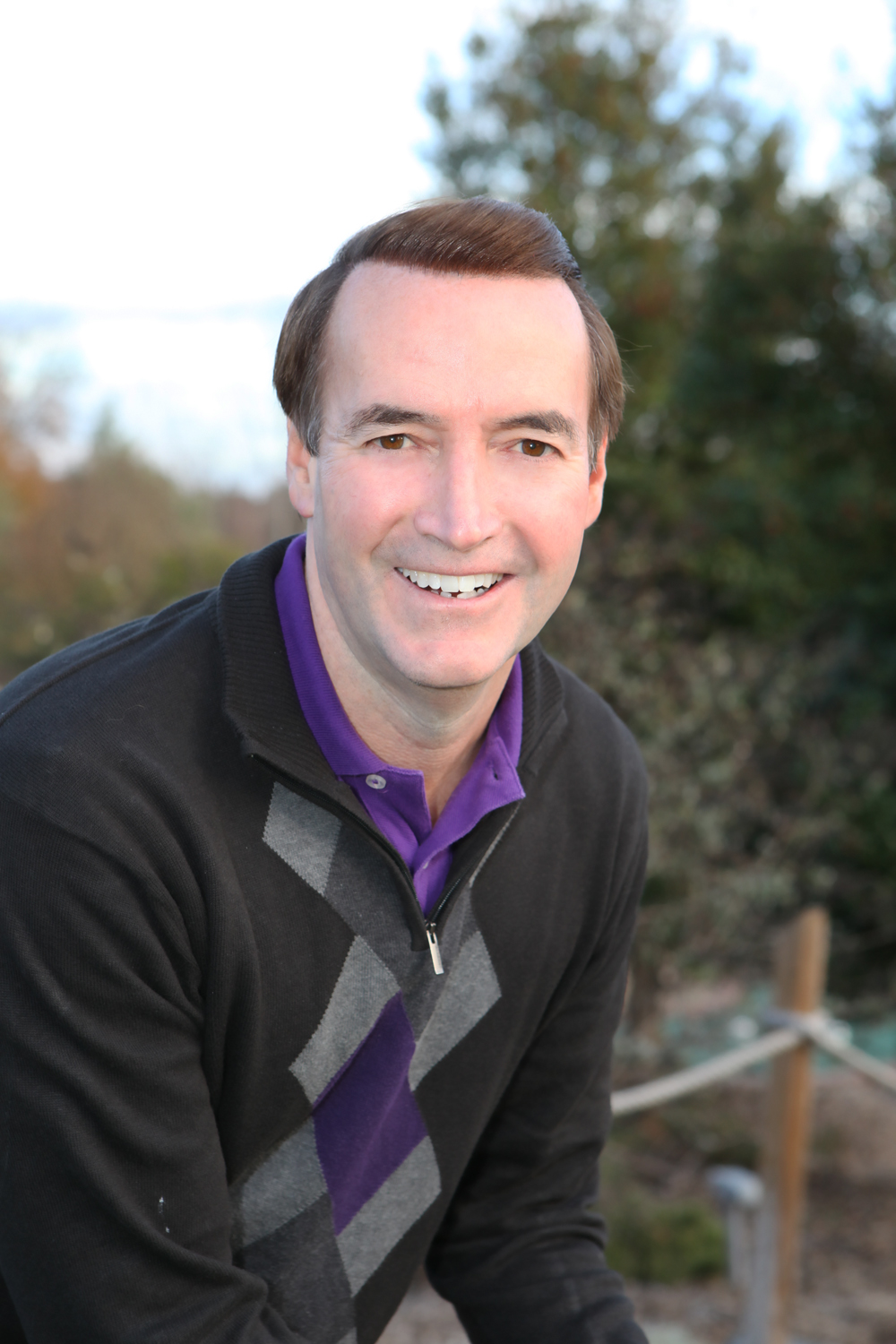 The Rev. Talbot Davis is pastor of the prominent and growing Good Shepherd United Methodist Church in Charlotte, North Carolina.

The Rev. Talbot Davis, author of six books on spiritual issues, is pastor of the prominent and growing Good Shepherd United Methodist Church in Charlotte, North Carolina, which he describes as “a modern congregation.” LGBTQ members are welcome, he said.

“We love celibacy in singleness and faithfulness in heterosexual marriage,” Davis said. “When it comes to people who come to us who are LGBTQ or are same-sex attracted, we minister with kindness and openness and we don’t give a bait and switch. We say, ‘You will be welcome here, but we want you to know what we do teach.’ People seem to appreciate that.”

The denomination’s law book, The Book of Discipline, holds that all people are persons of sacred worth. It also states that the practice of homosexuality is incompatible with Christian teaching, and it forbids the ordination of “self-avowed practicing homosexuals,” as well as the holding of same-gender unions in United Methodist sanctuaries.

One of those is Elyse Ambrose, who is a Ph.D. candidate researching sexual ethics at Drew University.

“They lost a young adult,” Ambrose said. “I’ve heard that as a concern for the church. A black person. A queer person. A woman. But I guess if I were to try to answer that question more directly, they lost a person who cares for people. That’s a loss no matter what.”

Whitney Lee Moeller left because she is bisexual/pansexual and wanted to belong to a church where her children, a sixth-grader and kindergartener, would be comfortable and included.

“I don’t know how much more Methodist you could be,” Wiseman said. She graduated from St. Paul’s School of Theology in Kansas City, Missouri, and sailed through the ordination process, despite being a lesbian.

“It was an open secret that there were clergy people in every conference around the U.S. who were serving without declaring,” she said. While her “roommate” was “obviously my spouse,” no one asked Wiseman if she was gay.

To this day, Wiseman said she isn’t sure how she would have answered. She went on to 17 years of pastoring United Methodist churches in Kansas, New Jersey and Pennsylvania. She has also taught at seminaries in North Carolina and Philadelphia. Currently she is associate professor of homiletics at Lutheran Theological Seminary at Philadelphia.

“There’s this nagging thing in the back of you that says, ‘I am not complete. I am not whole unless all of me can be welcomed and affirmed.’ My sexuality is part of me, but it’s just one part of me. I was constantly hiding.”

By November of 2014, Wiseman and her partner Cindy were considering going public by marrying.

“Cindy and I, simultaneously, pushed the button to share on our Facebook statuses that we were engaged and we were going to be married in October,” Wiseman said. “Within hours, I got a Facebook private message from my district superintendent saying, ‘You have just self-avowed publically.’”

Wiseman left The United Methodist Church for the United Church of Christ, which ordains gay clergy and allows same-sex marriages.

Her hardest conversation was with her dad.

“My dad is a United Methodist pastor. He retired 10 years ago from the Northwest Texas Conference. I had to call and tell him that his daughter, who had followed him into the ministry, was having to leave The United Methodist Church. We both cried on the phone for a little while.”

In order to preserve his United Methodist credentials, Wiseman’s father could not officiate at her wedding, as he had done for her two sisters and two of her nieces. It tainted a joyous day. 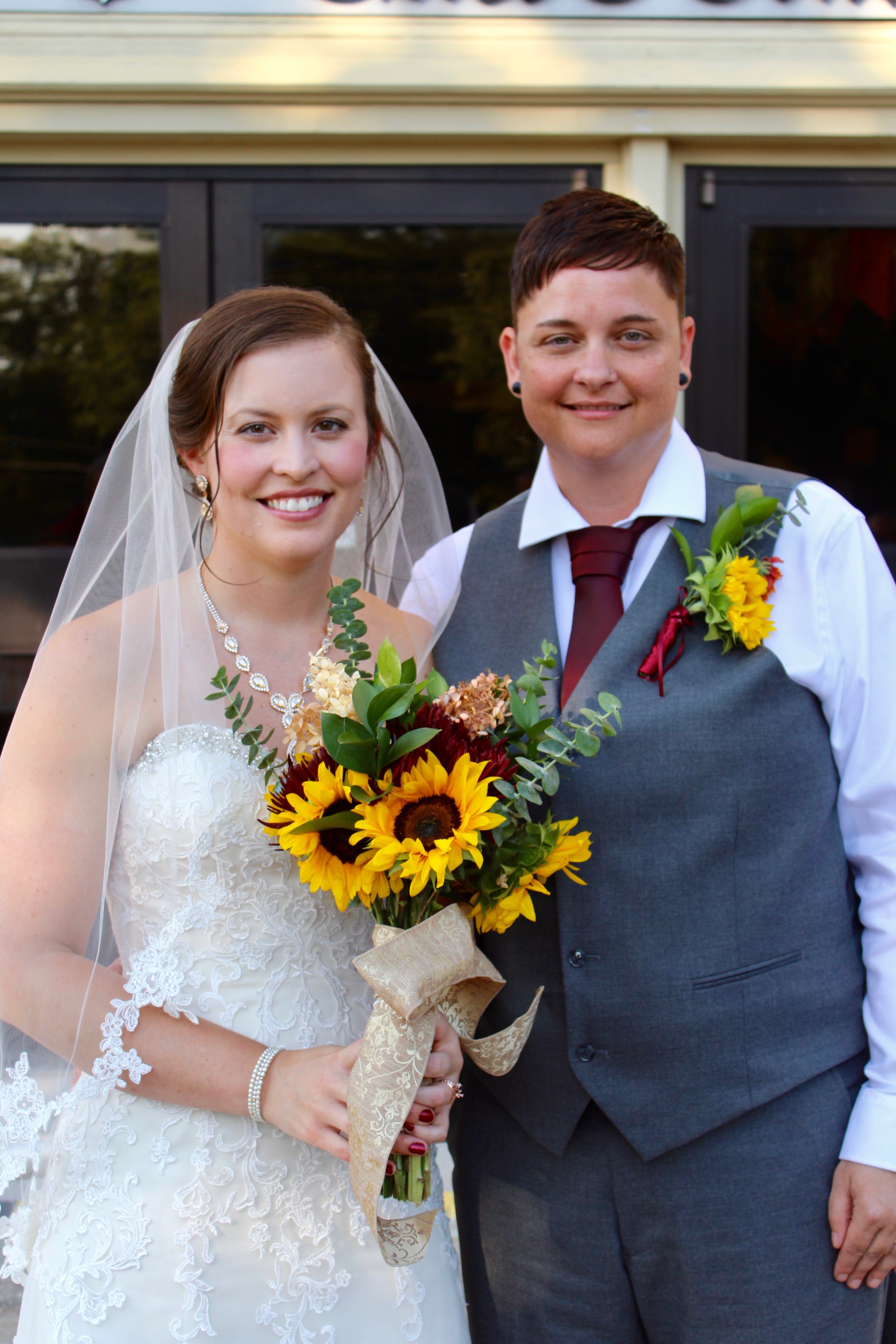 A wedding also figures in Moeller’s break with the church. She grew up in a United Methodist Church in Tulsa, Oklahoma, where she tithed, was deeply involved in the music ministry and organized the Pride festival activities for the reconciling church.

But permission was denied for Moeller to marry her partner in the church.

“We were on the way to church and having a conversation about the wedding venue,” Moeller said. “I was upset that I couldn’t do it in my own church. Then we pulled up, and on the marquee outside the church it said, ‘Have your wedding here’ and the phone number.

“I immediately had this rage fill me. I was so angry. We were the only couple in this congregation that was engaged. So they were obviously just trying to advertise to people outside of our congregation to get money.”

Moeller sang in the choir that day through her tears. But she soon left for good. She hasn’t joined another denomination, saying “There’s definitely a fear of getting hurt.”

“I was totally empathetic in that I didn’t want my pastor to lose his job or my church to get shut down,” Moeller said. “But when they’re not able to see it from the other side and be empathetic back about how hard that is, it’s very draining to try and explain that to people.”

She can envision returning to The United Methodist Church, Moeller said.

“If we could strike the language in the Discipline and overturn everything about weddings and clergy, yeah, I think I would consider it then.”

Related story: Former members on why they left