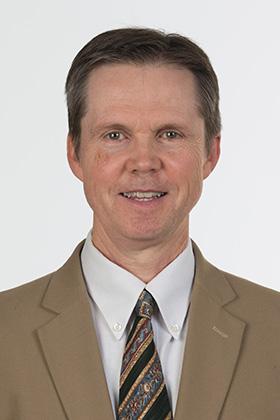 In less than three weeks, the decision-makers of The United Methodist Church will gather in St. Louis to address the future of the denomination. General Conference delegates from around the world will consider several proposals for the direction of the church. Whether they choose a plan or defer a decision to their 2020 assembly, the church is in for significant change.

The best minds in the church have analyzed and debated the issues we are facing, issues around theological differences that underlie clashing views over homosexuality, LGBTQ inclusion and the interpretation of Scripture. Our leaders have crafted very different proposals designed to preserve the connection. People on all sides are passionate and put forth strong arguments backed by Scripture.

For the church’s news ministry, this is a time for providing as much information and clarity as possible, in order to help people understand the issues and proposals. History is being made, and United Methodist News Service is mindful of this.

This aspect of our work often requires interpretation. When we covered former President George W. Bush’s inauguration, where United Methodist clergy played a role, people were concerned that we had a conservative bias. When we interviewed Hillary Clinton during the Clinton administration about the role of faith in her life, people were concerned that we had a liberal bias. These were stories about how United Methodism shaped the lives of people who were influencing events throughout our globe.

In similar fashion, we did stories about Ellen Johnson-Sirleaf when she was elected president of Liberia, and Boris Trajkovski, the late president of Macedonia and World Methodist Peace Award winner, all from the standpoint of how their faith shaped their lives. We’ve requested interviews with other United Methodists in the headlines.

During the Way Forward process, we have heard from folks who are concerned that we may be giving too much coverage to one side or another, particularly to the One Church Plan or the Traditional Plan. We also have heard from people who believe that we should get behind a plan and use our platforms to support a particular view.

To do so, however, would counter our role of keeping the church informed. Like our parent agency, United Methodist Communications, we believe that we can most effectively serve the entire church by being faithful, professional and objective. If UMNS were to veer in a particular direction, then it would cease to be a news ministry and would instead become an advocacy agency. Our credibility as an unbiased provider of news would evaporate.

In the months leading up to General Conference, we have worked hard to provide stories, video interviews and commentaries that shed light on the plans that will be considered. We have provided a platform for voices with different viewpoints to be heard. We hope the information has contributed to a deeper understanding and dialogue in the church.

As we move toward the special called General Conference and to another legislative gathering in 2020, UMNS will continue to provide content that shines light on the issues and the process. We invite your questions and input. What aspects are you not seeing addressed? What questions do you still have?

We also welcome your questions and input about news coverage. UM News is a ministry to the church, serving you and the connection, so let us hear from you.

In the meantime, we go into the coming days as one community, knowing that God holds the future — and us — in God’s hands.

Conflict in United Methodist Church is about so much more than homosexuality, writes a gay African American pastor.
Local Church

Why I’m not leaving The United Methodist Church

An orthodox pastor shares eight reasons why he intends to remain in the denomination even if a separation occurs.