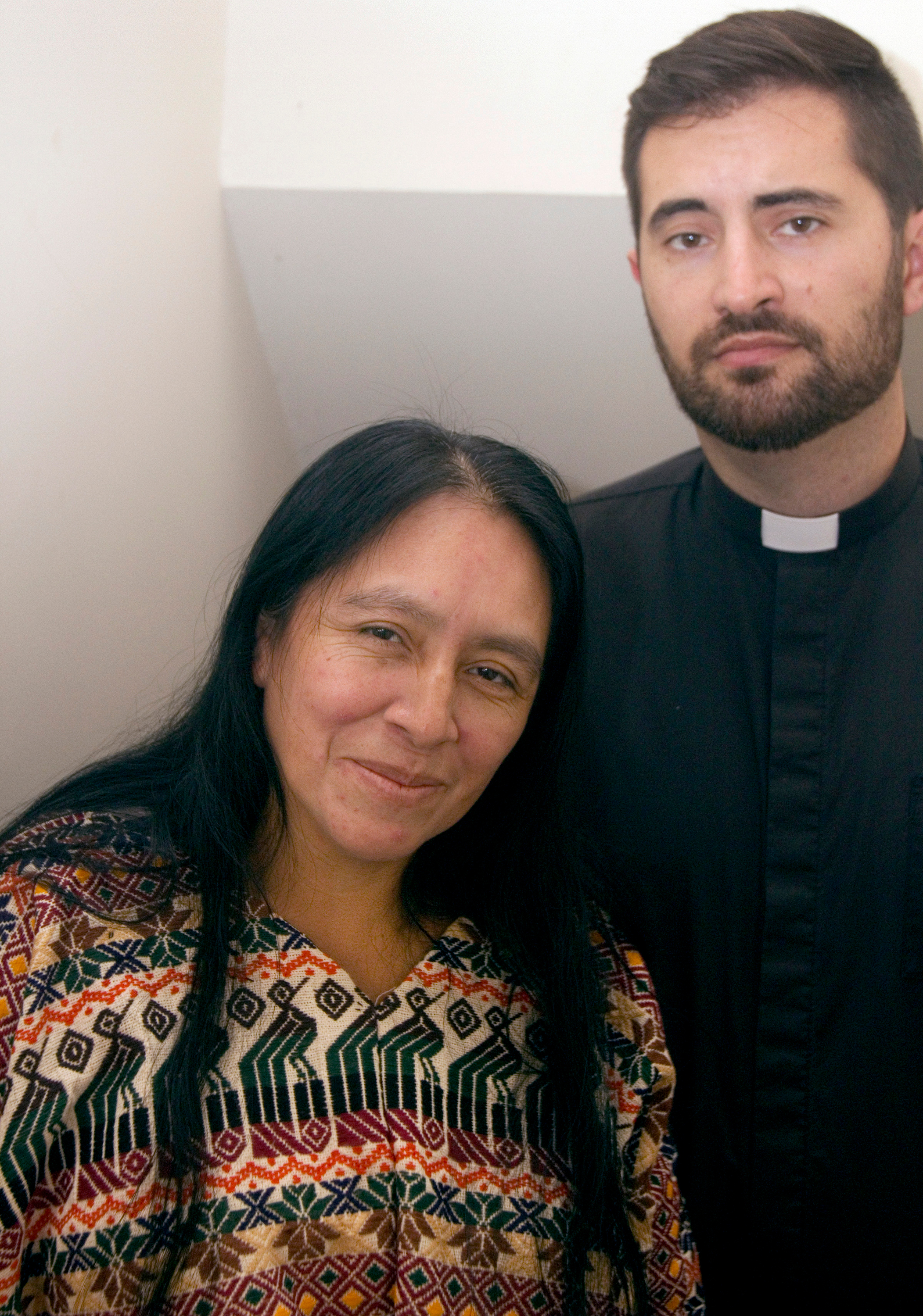 When the Rev. Isaac Collins delivered the opening prayer to the Virginia House of Delegates Jan. 10, he used a prayer written by the Guatemalan indigenous woman in public sanctuary at Charlottesville’s Wesley Memorial United Methodist Church.

The prayer by Maria Chavalan Sut — who has filed for asylum but faces a deportation order — thanked God for “the people in Virginia” who have advocated on her behalf; for the message that “God loves us” and for blessings on “the work of those in authority so that all people may be able to provide for their families and live a dignified life.”

Chavalan Sut, Collins and Wesley Memorial church members took part in an Oct. 8 press conference at the church after she sought sanctuary there.

Immigration and Customs Enforcement notified Chavalan Sut she would be removed from the country on Sept. 30. Then, Charlottesville-area Immigration Resource and Advocacy Coalition approached Collins on Sept. 29 with a request that Wesley Memorial United Methodist Church provide sanctuary to Chavalan Sut.

Following the church service on Sept. 30, the church council voted unanimously to provide sanctuary and converted a Sunday school room into an apartment for her, Collins said. Church and community members are providing her with food and other needs.

“Wesley Memorial United Methodist Church is proud to offer sanctuary to Maria,” Collins said. “We consider her a member of our faith community.”

Collins said offering sanctuary was an act of faith, not a political move.

“In Christ, there is no such thing as citizenship, borders, or political parties. Christians have been offering sanctuary for thousands of years. As United Methodists, our Social Principles urge the church and society to recognize the gifts, contributions and struggles of those who are immigrants and to advocate for justice for all,” Collins said.

According to a press release from Charlottesville Civil Rights Pilgrimage, Chavalan Sut came to the United States in 2015 after she was threatened and her home set on fire with her entire family inside. She is originally from the indigenous Kaqchikel community.

Chavalan Sut is working with an attorney to have her case re-opened.

The United Methodist Church has played a leading role in Charlottesville's resistance to white supremacists since the church offered a safe space for threatened pro-tolerance demonstrators during the 2017 Ku Klux Klan rally. One pro-tolerance demonstrator died when a car rammed into a crowd of protesters. The church again offered a safe space on the one-year anniversary of August 12.

“This community has welcomed me with love that I never expected. I feel so thankful to be united with all of the folks involved in sanctuary here in Charlottesville,” Chavalan Sut said.

Lord is a photojournalist based in New York City and Ivy, Virginia.