Pablo Alvarado stood before a workshop group at the recent meeting of MARCHA, the United Methodist Hispanic/Latino caucus, and asked for help.

He leads the National Day Laborer Organizing Network, which operates support centers for day laborers, many of whom are undocumented immigrants. The organization also goes to street corners where such workers congregate.

Alvarado made the case that The United Methodist Church should be at those places too.

“Can we turn those worker centers into places of sanctuary?” he said. “Can the protection of the church extend, not just to the job centers, but to the corners? Can you adopt one of those corners?” 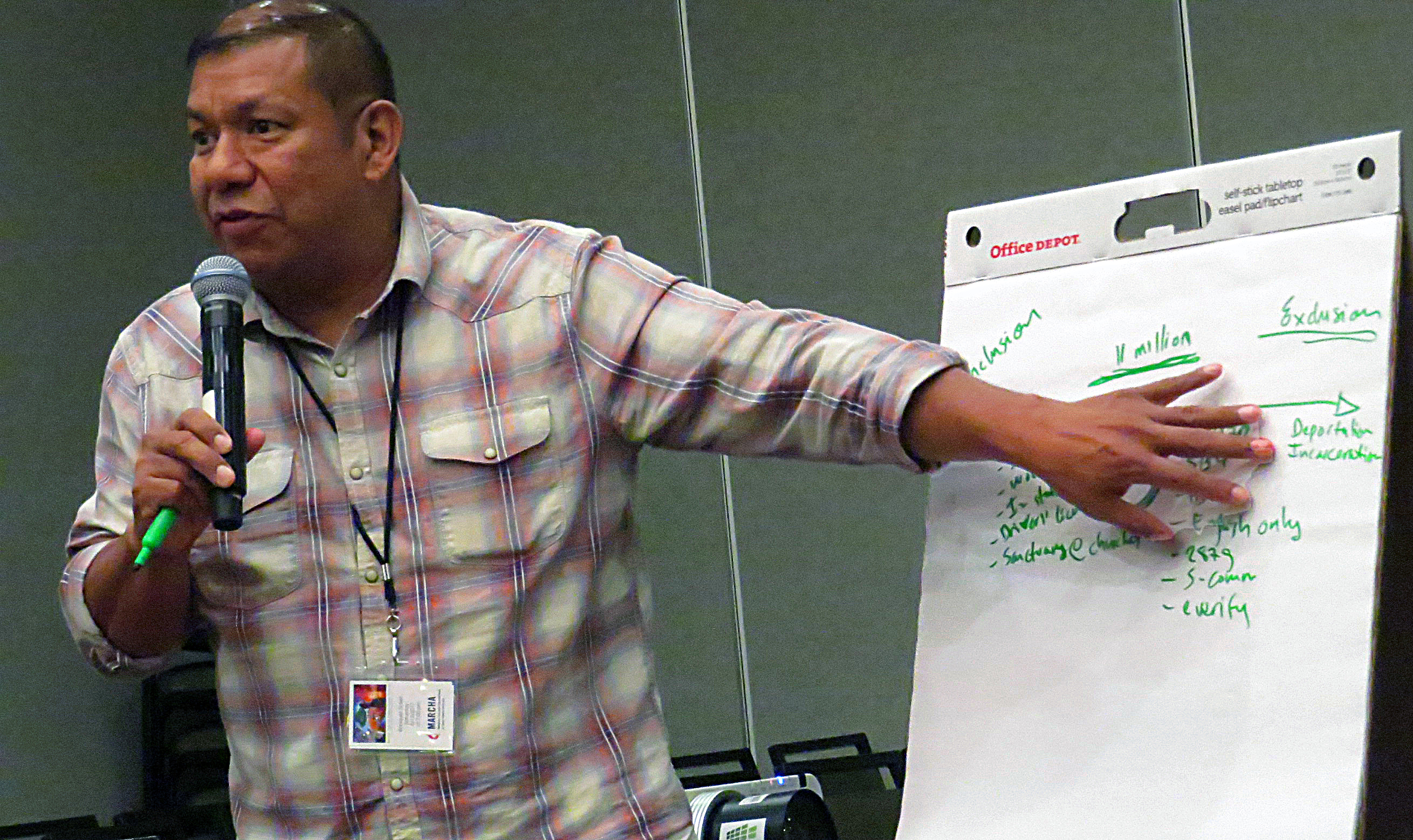 Pablo Alvarado, of the National Day Laborer Organizing Network, leads an Aug. 11 discussion on sanctuary at a Dallas meeting of MARCHA, the Hispanic/Latino caucus of The United Methodist Church. Photo by Sam Hodges, UMNS.

Longtime immigrant rights advocates in the room were nodding their heads, and not just at the prospect of the denomination joining hands with Alvarado.

They were affirming that sanctuary is more than shelter, that it can and should have an expanded definition.

“The point here is that the witness of sanctuary — that is, providing and being a space of shelter, safety, security and embrace for very vulnerable persons — can take different forms,” said the Rev. Jeania Ree V. Moore, director for civil and human rights at the United Methodist Board of Church and Society.

As the U.S. under President Trump moves toward stricter enforcement of immigration laws, the act of sanctuary is still understood mainly as a church or other place of worship taking in those at risk of deportation.

That practice, which gained prominence in the 1980s as Central American immigrants fleeing wars struggled to gain refugee status in the U.S., continues quietly or openly among some churches.

Even more recently, Park Hill United Methodist Church and Temple Micah in Denver, through a shared building, took in a woman who asked for sanctuary.

The New England Conference has a webpage that links to various resources for those interested in sanctuary and other forms of advocacy. The United Methodist Board of Church and Society also offers background information and ways to be involved.

Clifton United Methodist Church in Cincinnati plans to spend about $15,000 to add a bathing room and laundry so it can offer the same service.

“We want the temporary housing to be sufficient for a family,” said the Rev. David Meredith, pastor.

But Meredith quickly notes that Clifton United Methodist is part of an interfaith sanctuary coalition of Cincinnati congregations.

Only two have committed to taking in an individual or family. The rest are called “solidarity congregations,” having agreed to offer financial and other forms of support to the two congregations committed to harboring immigrants.

Meredith said the coalition is helping to pay for Clifton United’s addition. And to him, joining such a coalition, even in a backup role, qualifies as an act of sanctuary.

“Many more people can be involved in that kind of work than those actually housing a family in the church,” Meredith said.

Moore, of Church and Society, said the tradition of housing vulnerable individuals in a church goes back centuries and remains a crucial form of sanctuary. 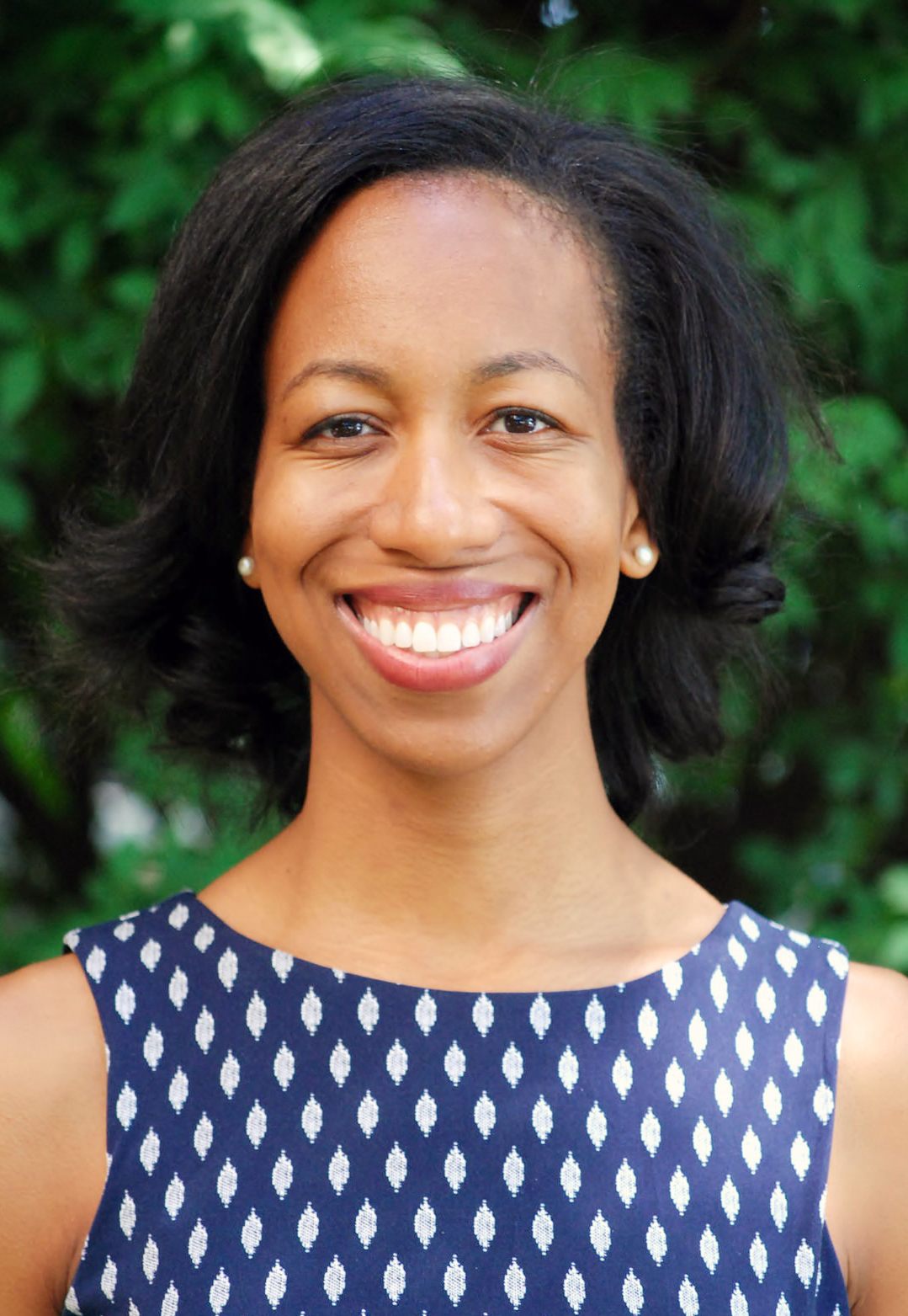 “But (sanctuary) can also look like 20-plus church members accompanying an undocumented immigrant to her ICE (Immigration and Customs Enforcement) checkin,” she said. “Or a church raising funds for legal services for a refugee seeking asylum, and walking alongside them in that process.”

First United Methodist Church in Tuckerton, New Jersey, has a Hispanic outreach ministry called Casa de Esperanza, or House of Hope. Some who attend the ministry’s church school and worship service are undocumented.

One Sunday earlier this year, the church provided a notary public and the paperwork necessary for House of Hope members to sign power of attorney forms, so if they got deported a designated loved one would be able to care for their children.

Some 50 people signed up, said the Rev. David Yun, pastor.

First Tuckerton isn’t set up to provide living space, but feels part of the sanctuary movement.

“Sanctuary does extend beyond the church, for sure,” Yun said.

Some United Methodist pastors say the need for sanctuary acts has become clearer since the election of President Trump. That’s definitely the feeling of the Rev. Keary Kincannon, who leads Rising Hope United Methodist Mission Church, in Alexandria, Virginia.

ICE’s sensitive locations policy remains in effect under Trump and bars agents from interviewing and arresting in churches, but the action so near Rising Hope confirmed fears of a new enforcement reality, Kincannon believes.

“Things are changing, and there’s a sense in the community that you have to be more careful,” he said.

Rising Hope’s shelter is open to all in need of a warm space, no questions asked. Though the church’s shelter doesn’t fit the traditional definition of sanctuary, Kincannon too feels part of the movement.

“Even if I know somebody is undocumented, I’ll take them in,” Kincannon said. “I consider ourselves to be a sanctuary church.”

During the MARCHA workshop, and in discussion afterward, United Methodists offered a range of other ideas for offering sanctuary, including joining Church and Society’s Rapid Response Team Network for immigrant and refugee justice, and advocating that local jurisdictions and their police choose not to cooperate with ICE.

Church and Society offers sanctuary training, and in April led a session for the Rocky Mountain Conference, emphasizing different strategies of support.

Even a church that just offers meeting space for groups engaged in advocacy for those threatened by deportation is doing sanctuary work, Moore said.

For the Rev. Jorge Domingues, co-leader of the MARCHA workshop, a good first step for any church is to build relationships with those at risk.