Technology has provided many answers for pastors trying to stay connected with their members during the coronavirus pandemic.

But in some rural or smaller churches, landline telephones and newsletters sent via snail mail continue to play a role.

“The average age of our congregants is probably around 70,” said Shelly Young, office communications coordinator at Grace United Methodist Church in Alamogordo, New Mexico. “But most of the ones who are not connected (to the internet) are upwards of 80 to 90. Most of them don’t even have a cell phone. They have their landline and they want to use it.”

“I include one of the bulletins from whichever church they attend,” she said. “So they have the prayer list and stuff like that.” 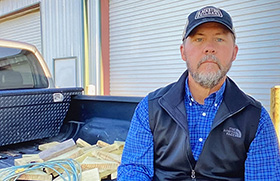 “My people don’t do email,” said the Rev. Chris Calhoun, pastor of both churches. “They’re mostly an older congregation but they like Facebook and they like text messages and phone calls.

“There’s an occasional in-person visit if the person is healthy and we can just sit on the porch,” he said.

At Salem United Methodist Church in the Highlandtown neighborhood in Baltimore, in-person services resumed a month ago but some members haven’t returned.

“There are going to be people who are not going to feel safe coming back to church for a while,” said the Rev. Gustavo Segovia, pastor at Salem. “We began recording the (sermon) and putting it on the Facebook page of the church. And then we started doing the Zoom. Some of us were not familiar with Zoom, but we had to learn quickly.”

“It has been surprisingly well received.” 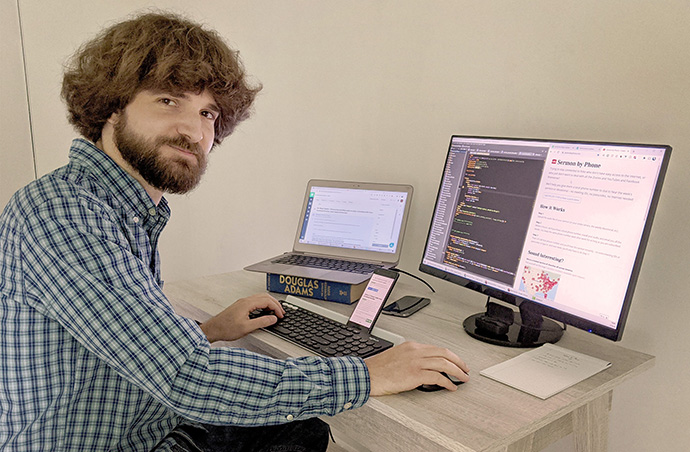 Guy Wyant created a service called Sermon by Phone which allows church members to listen to a sermon by dialing in to a phone number. His wife is the pastor of Birmingham United Methodist Church in Milton, Georgia. Photo courtesy of Guy Wyant.

Guy Wyant, the husband of the Rev. Jennifer Wyant, pastor of Birmingham United Methodist Church in Milton, Georgia, found a solution when his wife told him some of her congregation weren’t comfortable watching church services on Facebook Live.

“Facebook Live doesn’t require a Facebook account, but obviously not everybody is going to be comfortable with it or aware of it,” he said. “And then also you get that segment of people who don’t even have high-speed enough internet connection to be able to do it.”

Wyant, a director of research and development for Courier Express, is used to putting together technology to support various projects.

“So I started kicking things around,” he said.

Working at night after his children went to bed, he came up with a system that allows churches to upload sermons that church members can reach by dialing a phone number.

“I didn’t want it to be something people would have to spend a lot of time figuring out,” he said. “The simpler you had it at the front of it, the better off you were.”

The service, Sermon by Phone, has close to 200 churches paying about $10 a month, Guy Wyant said. He wanted to keep the cost low, but cover his own costs.

“It seems like a hit where you have the more rural congregations to begin with,” he said.

A similar service, PhoneLiveStreaming, has about 620 subscribers, said Hugh Plappert, who markets growth strategies to churches. His son, David Plappert, developed it. When the pastor of a Vienna, Virginia, megachurch tweeted about it, business boomed, Hugh Plappert said.

At first, Baptist churches were the biggest customers of PhoneLiveStreaming, “but more recently our largest clientele has been The United Methodist Church,” he said. The service costs $30 for a local line and $40 for a toll-free line.

Hugh Plappert believes the service might catch on with millennials because they are accustomed to podcasts and want to listen while multitasking rather than watching video.

Some churches have returned to in-person worship services, although that could be altered if there is a new wave of COVID-19. 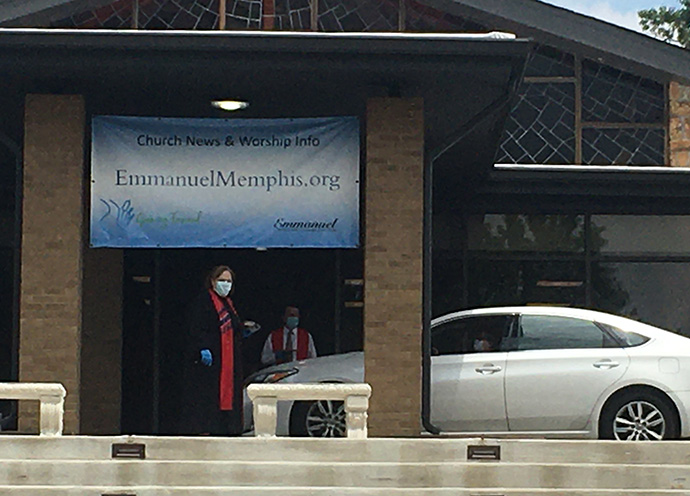 “We opened back up June 21 and we have a limited number of seats or pews,” said Leslie Bouldin, communications and marketing chair at Emmanuel United Methodist Church in Memphis, Tennessee. “People are still very hesitant to come back. We’re probably averaging about 60 people, aside from the staff.”

Ten to 20 church members at Emmanuel use PhoneLiveStreaming regularly, and it has become part of the church’s outreach toolbox, Bouldin said.

“Our older population has really embraced the internet, those that can,” she said. “It’s been quite amazing how many of our older members have figured out how to get on their laptops and watch the service livestreaming and really enjoy it.”

But the sermon by phone option will remain after the coronavirus pandemic is over “because we have so many older members that have become unable to come to the service,” Bouldin said.

“I know we have people that are in town that don’t attend the church, but are watching every single sermon,” Hartley said. “One of them we know is just across the alley from the church in town. I’m hoping eventually they’ll step foot in the building.”

Though COVID-19 changed the lives of many, leaders of a United Methodist diaconal facility in North Macedonia, have been able to provide care without interruption.
General Church

The year 2020 was an eventful and difficult one for the church. Photographers from UM News documented a year in the life of United Methodism worldwide.
General Church

Organizers of The United Methodist Church’s top legislative body have decided not to reopen the petition process but have set a timeline for dealing with postponement.