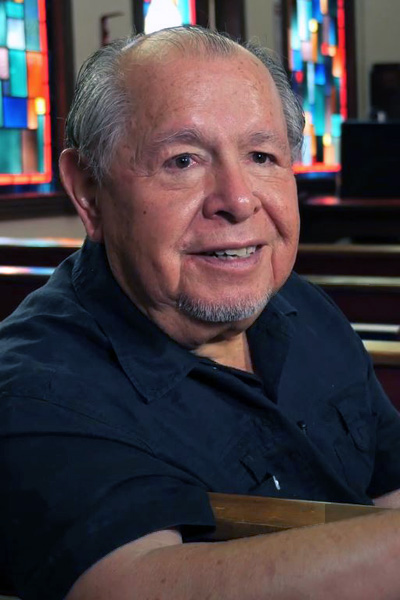 The United Methodist Church is composed of many voices. As the debate on the future of the church has demonstrated, not all United Methodists speak with the same voice and perspective. Many voices compete for attention, influence and acceptance.

The voices that dominate the discussion and decisions of the church represent various values, identities and degrees of power/political clout. Their visions for the church represent diverse theological perspectives, social status and a sense of connection to the Methodist tradition. With the globalization of the church, international dynamics and related financial resources and strength affect the dialogue.

In addition, the social-political context of various conferences influences perspectives and priorities. For example, the Western Jurisdiction differs from the Southeast Jurisdiction; African conferences differ from the American context. The LGBTQ community has its own special perspective.

The church struggles to keep its sense of unity and purpose.

A major gap in the global conversation of The United Methodist Church is the lack of voices from Latin America, the nations of origin of Latin American immigrants.

Indeed, today The United Methodist Church is not a global church, and the voices of the “global” church do not include voices from Latin America.

In addition, the social issues of race and poverty affect the lives and context of many Hispanic/Latino immigrants. While many United Methodists in the United Sates represent middle-class status and values, Hispanic/Latino Methodists face different socio-economic realities and perspectives.

Many Hispanic Methodists are members of marginal and poor mission projects. These United Methodists tend to be marginal in conference leadership, decision-making bodies and conversations.

And then there are the U.S.-born Hispanic/Latino Methodists who have been Methodists for years and even generations, but also represent different social positions and economic classes. The Rio Grande Conference represented historic Methodist ministry and provided national voice and leadership. Now that conference no longer exists; its voice and representation are no longer assured. It has merged with the dominant Anglo Southwest Texas Conference to form the Rio Texas Conference. Again, Hispanic/Latino voices, leadership and representation in regional and national conversations are not assured.

As a result, Hispanic/Latino voices are left out or are marginal to United Methodist conversations and decision-making. With the exception of the current president of the Council of Bishops and a handful of active and retired bishops, a limited number of Hispanic/Latinos serve on cabinets, agency staffs and boards, and other positions at the annual conference and general church levels. Except for the work of the National Plan for Hispanic/Latino Ministry, Hispanic/Latinos generally are not visible nor at the table. Their lone voice within The United Methodist Church is the MARCHA caucus. However, it has no official representation in church conversations.

As a church and as people of faith who seek to be faithful to God’s liberating spirit, we are called to “Speak out for those who cannot speak, for the rights of all the destitute. Speak out, judge righteously, defend the rights of the poor and needy” (Proverbs 31:8-9). However, this does not mean that Hispanic/Latinos are called to be quiet and allow the dominant population to speak for them according to what they think is best for them. Nor does it mean that the broader church automatically speaks for Hispanic/Latinos. Latinos should be more than program grant recipients; they need to be represented in the decision-making bodies.

The church is called to incorporate and listen to Hispanic voices and speak out in support of them to be heard. To do so, the church needs to hear, and listen carefully and empathetically to, their rich and diverse voices. The church must structure itself in such a way that it is able to include Hispanic/Latinos at the table, dialogue with them and include them in the mainstream of church life. United Methodists also must be in solidarity with them as they struggle to have a voice in the public forum.

The voices of Hispanic/Latinos are vital to our communities and the entire nation, as well as to The United Methodist Church. God speaks to us through them. We must listen to the voices of the marginalized and blend our voices in a liberating chorus for ministry and social justice.

Maldonado is a retired elder from the former Rio Grande Conference and Perkins School of Theology. He and his spouse, Charlotte, live in Albuquerque, New Mexico.

The church response to the COVID-19 pandemic was voted the top United Methodist news story of 2020 by conference communicators in the U.S., Africa, Europe and the Philippines and UM News staff.