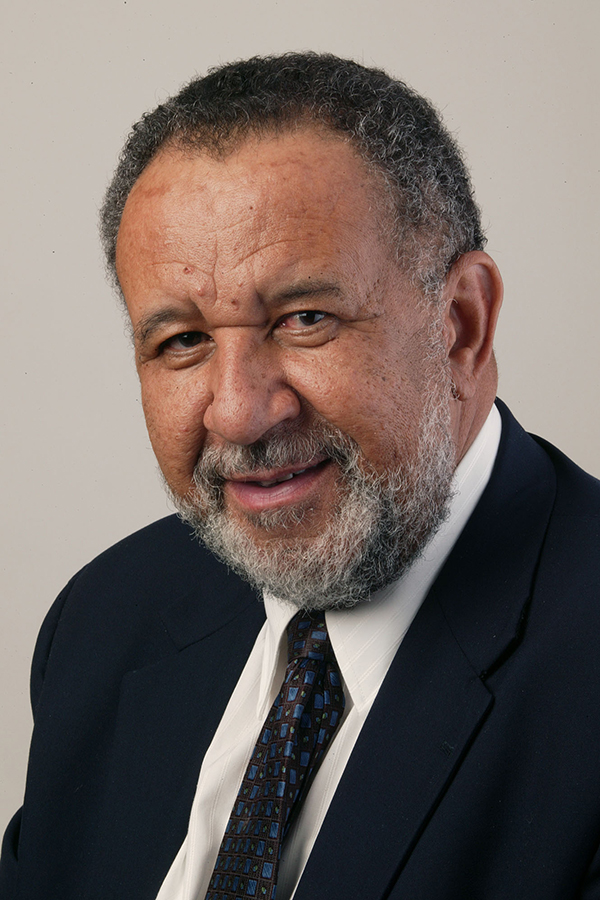 The Rev. Gilbert H. Caldwell
Photo by Mike DuBose, UM News.
Many of you know that I am a would-be journalist. I discovered what I call my “journalistic juice” 70 years ago, as a student at Central High School in Galveston, Texas.

Journalism was an empowering force in the life of a young African American growing up in a segregated society.

All of my fellow students as well as my teachers were black. Central was one of the three high schools in Texas that I attended. The other two were Booker T. Washington in Dallas, across the street from St. Paul United Methodist Church, where my father was pastor, and Anderson High School in Austin. I was in Galveston because my father was pastor of Wesley Tabernacle Church. Wesley was in the old racially segregated U.S. Central Jurisdiction, as were St. Paul and other churches my father pastored in North Carolina.

It was in a Central High civics class — a class that focused on citizenship, the role of citizens and their responsibilities — that I first heard of newspaper editorials and op-eds. At the same time, the biblical “journalists” of the epistles were attracting my attention.

UM News publishes various commentaries about issues in the denomination. The opinion pieces reflect a variety of viewpoints and are the opinions of the writers, not the UM News staff.
While my call to ordained ministry was growing louder, I began to realize writing was becoming for me an avocation. I went on to serve in ministry in Boston; Harlem; Chester, Pennsylvania; Washington; Denver; Atlantic City; and New Haven, Connecticut. Newspapers in those cities published my letters to the editor and my op-eds.

My letters and op-eds in some ways are shaped by my response to the Bible. They make visible my “segregation survivor” status. Black lives and voices matter.

When the conservative Washington Times published its first issue, I responded with a long letter to the editors, asking how they, as leaders of a conservative paper based in the predominantly black city of Washington, would write about race. The Times responded to my letter with a lengthy editorial addressing the newspaper’s racial coverage and editorial policy.

Journalism has been a major part of my life and ministry beyond the pulpit. It has provided a means for raising awareness of issues that we might otherwise be inclined to ignore. This is as important for the church as it is for secular society, and we ignore this reality at our own peril.

People of faith must be well-informed. Theologian Karl Barth was quoted in Time magazine in 1966 as saying, “Take your Bible and take your newspaper, and read both. But interpret newspapers with your Bible.”

Today, the attacks on journalists and journalism in this country and around the world are a cause of concern. I am not sure that we who love the Bible are active enough in challenging the hatred directed toward journalistic truth, and journalists, in these moments.

Second, the cries of “fake news” emanating from the White House, regardless of our political perspectives, are unsettling. The demonization of the secular press harms the religious press as well, and it erodes confidence in an institution that is vital for any healthy and just society.

The hatred being directed at journalists today, particularly from our political institutions, is troubling.

Third, have we understood, or been sensitive to, how our current Book of Discipline legislation that is dividing us could impact the work of our church journalists? Could there be pressure not to lift up certain voices or views that oppose our legislative stance on practices that are “incompatible with Christian teaching”? That is another reason why we as The United Methodist Church must break free from the legislative restrictions the 1972 General Conference actions imposed on the mission/ministry of the denomination.

I remember the sayings, some original and some not, of my South Carolina-born and bred grandmother, “Mama Irene.” In this time of United Methodists criticizing one another, her words ring true: “Each time you point a finger of criticism and blame at someone, remember, you are pointing three fingers at yourself.”

Being well-informed is vital for a society and for our United Methodist Church. Rather than push back on journalists, we should ask ourselves where we would be if we weren’t well-informed. If a news article makes us uncomfortable, should we condemn the messenger, or should we instead seek to understand the source of our discomfort?

As people of the Bible, we stand for truth. Let us also stand for those who have the challenging mission of reporting the truth.

Caldwell, who was 86 on Oct. 28, is a retired elder and retired member of the Mountain Sky Conference (formerly the Rocky Mountain Conference). He also served on the staff of the General Commission on Religion and Race. He is a former member of the board of the African-American Methodist Heritage Center and lives in Asbury Park, New Jersey.