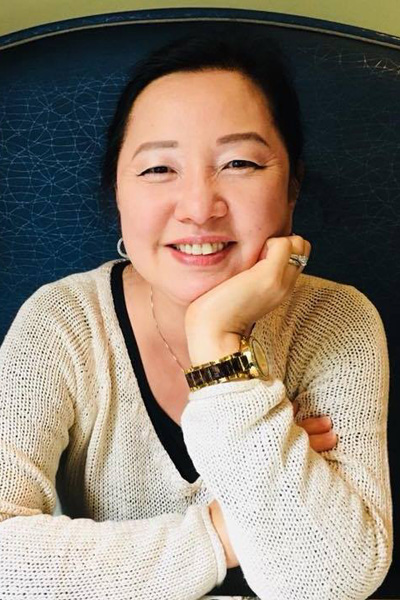 In the United States the month of May is designated as Asian/Pacific American Heritage Month to recognize and honor their contributions in the development and progress of our country. It was signed into law in 1992 after receiving unanimous support in Congress. Jeanie Jew, a fourth-generation Chinese American and a former Capitol Hill staffer, was the voice and effort behind making this historic occasion possible.

The month of May was selected to commemorate the arrival of the first-known Japanese immigrant to the U.S. on May 7, 1843, and to honor the completion of the Transcontinental Railroad on May 10, 1869 — which as many as 20,000 Chinese workers helped build.

Reflecting on Asian/Pacific American Heritage Month, I remember my own story. I came to the United States following my parents at the age of 12 — over 40 years ago. Growing up in New York City in the 1970s, there was always a nagging question: “Where do I fit in as a Korean? Do I belong here?”

Fast-forward 20 years, I was ordained and appointed to serve a Caucasian congregation in the rural part of western New Jersey. As soon as I arrived at my new pastorate, a lifelong member of the congregation stopped coming to church. I reached out but received no response.

Later, I heard through the grapevine that she would no longer be coming to church because she was “taught not to associate with colored.” After two decades of living in the U.S., it was the first time I was explicitly called “colored,” and it happened in the church.

This is my story, but also a story of many Asian Americans living in the U.S. — always needing to prove that we belong and be accepted as a part of the community. Because of the “fear of the different” expressed in xenophobia and racism, this question of belonging is not just for the first-generation immigrants but also for those whose roots in the U.S. go back generations.

The tumultuous history of Asian Americans in the United States is the case in point.

Unlike other European immigrants, Asians have been regarded with suspicion and disdain due to differences in race, ethnicity and distinct cultures. The Chinese Exclusion Act of 1882 was enacted to regulate and limit the entry of Chinese immigrants systematically after the completion of the Transcontinental Railroad. This was the first significant law to restrict immigration in the United States.

There were other oppressive laws such as the California Alien Land Law of 1913 that prohibited Asian immigrants from owning property and business. During WWII, Japanese Americans were forced into internment for three years, taking away their dignity and livelihood only because they were Japanese. Throughout the last 150 years, Asian Americans have been blamed and targeted for many economic downturns as well as social and political unrest only because they were connected to the issues at hand by race and ethnicity.

The most recent and ongoing example is violence against Asian Americans in the midst of the COVID-19 pandemic. Throughout the country, there has been a resurgence of blatant xenophobia and racism against Asian Americans after President Trump repeatedly referred to COVID-19 as the “Chinese virus” despite the World Health Organization guideline not to identify a disease by its place of origin. Asian Americans have been the target of fear and anxiety as if they themselves have caused the virus.

While harassment against Asian Americans has escalated throughout the country, the rhetoric of “We are all in this together!” has been the national mantra. However, it seems the “we” is not inclusive of Asian Americans when they are singled out and blamed for this pandemic. It is apparent that the inclusion of Asians in American society is conditional at best determined by the desires and whims of the dominant population. Continually being defined as “different” keeps Asian Americans from being included as “one of us.”

In spite of the unfavorable beginnings, Asian American influence in the ministry of the Methodist church has been growing steadily over the 20th century. Since then, nine Asian American bishops have been elected in The United Methodist Church since Bishop Wilbur Choy became the first Asian American elected bishop in 1972. Currently, there are about 2,000 pastors of color serving faithfully in cross-racial and cross-cultural appointments, of which about 50 percent are Asian and Pacific Islander American pastors serving predominantly Caucasian congregations.

According to 2018 membership records from the General Council on Finance and Administration, Asian Americans comprise 1.37% and Pacific Islanders comprise 0.22% of total United Methodist membership while Asian and Pacific Americans comprise 5.6% and 0.5% respectively of the U.S. population.  Despite the small percentages, their influence is experienced in all levels of the church and ministry — the biggest contribution being the gift of theological and cultural diversity stretching and expanding The United Methodist Church’s mission and ministry.

May it be a reminder for all to continue the work in ensuring the statement “We are all in this together” is inclusive of all people regardless of race, ethnicity, social or economic status. Apostle Paul inspires us, “Here there is no Gentile or Jew, circumcised or uncircumcised, barbarian, Scythian, slave or free, but Christ is all, and is in all. Therefore, as God’s chosen people, holy and dearly loved, clothe yourselves with compassion, kindness, humility, gentleness and patience” (Colossians 3:11-12 NIV).

Pak is the director of cross-racial and cross-cultural leadership at the United Methodist Commission on Religion and Race.