After President Obama urged the United States to welcome some 10,000 refugees from Syria, more than 20 governors said they refused to welcome refugees in their states.

Following the Paris terrorist attacks on Nov. 12, David Bowers — the mayor of Roanoke, Virginia — urged local governments and nonprofit groups not to accept Syrian refugees. According to the Roanoke Times, the governor appealed to the precedence of President Franklin D. Roosevelt who, Bowers said, “felt compelled to sequester Japanese foreign nationals after the bombing of Pearl Harbor, and it appears that the threat of harm to America from ISIS now is just as real and serious as that from our enemies then.”

A flurry of protests prompted Mayor Bowers a few days later to express regret for offending people with his remarks. More than apologies for hurting people’s feelings are in order.

If we do not curb such reckless pronouncements from public figures, frightened and angry people will become violent in the war on terrorism. I can attest personally to the costs of such fear and hatred. 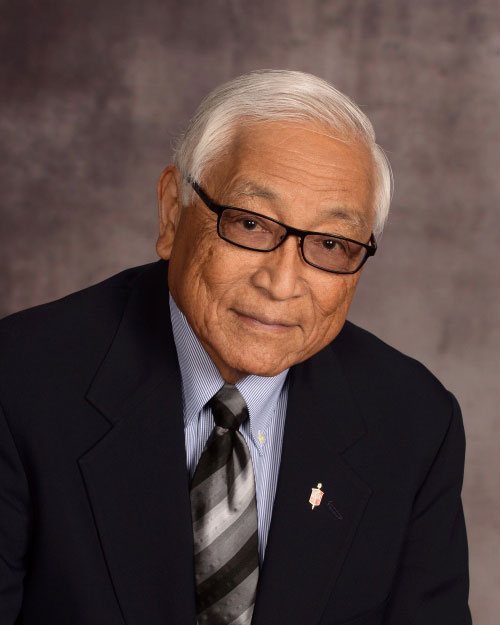 Bishop Roy I. Sano. Photo courtesy of the Council of Bishops

Where this can lead

A Japanese-American couple was murdered on a farm next to ours, and a Filipino American was wounded in a drive-by shooting for being too friendly with Japanese Americans.

Amidst the turbulence, President Roosevelt issued Executive Order 9066, to remove us to the camps. On the same day, FBI hauled away thousands of men, including my father and our pastor. They were sent to a World War II version of “Guantanamo” in Bismarck, North Dakota, for Japanese, German and Italian Americans.

For our safety, Mom moved us into town where we lived with the pastor’s wife and family. One night we woke up to gunfire. Vigilantes claimed they saw flashlight signals in the tall windows of our church. Clandestine messages sent in full view of the windows? We clearly do not think straight when we succumb to mass hysteria.

Before we left for our internment, my parents stored our belongings in the basement of our church, as did other members. Arsonists burned down the church in our absence — very likely, after ransacking our valuables.

Each of us left for camp with all we could carry in one suitcase. Our family went to Poston, Arizona — a desolate place, like others camps in Wyoming, Idaho, Utah, Colorado and Hawaii.

The summers were blistering hot, and the winters bitterly cold. Dust storms blew sand into the hastily built, flimsy barracks. Families were crowded into single rooms, 20 by 20 feet, in the barracks. There were five of us in our family. We used public facilities to bathe, use the toilet, wash clothes and eat in a mess hall. The loss of privacy deepened the humiliation for being “enemy aliens.”

Here is how Mayor Bowers can set the record straight.

First, he should apologize publically for a grossly misleading point. Most people who went to the internment camps were not “Japanese foreign nationals.” Sixty-eight percent of the 110,000 Japanese Americans held in captivity were U.S. citizens.

Second, the mayor needs to acknowledge that no threat of espionage activities and sabotage were ever established among Japanese Americans.

Third, the mayor should recognize that President Roosevelt’s Executive Order 9066 as a model for security is now widely rejected because the imprisonment violated the Constitutional rights to due process of law, including a charge, trial and trial by a jury of peers.

President George H. W. Bush made this clear in 1991. “A monetary sum and words alone cannot restore lost years or erase painful memories; neither can they fully convey our nation's resolve to rectify injustice and to uphold the rights of individuals,” he appropriately said when he sent out reparation checks for the internment.

“We can never fully right the wrongs of the past. But we can take a clear stand for justice and recognize that serious injustices were done to Japanese Americans during World War II.”

And then, on the 50th anniversary of the attack on Pearl Harbor, President Bush added, “The internment of Americans of Japanese ancestry was a great injustice, and it will never be repeated.”

We cannot, however, be so sanguine. Prominent figures are whipping up the hysteria and hatred against Middle Eastern refugees reminiscent of those that followed Pearl Harbor.

In words that sound like some social-media posts today, Lt. Gen. John L. DeWitt, the commanding general of the Western Defense Command, wrote to the U.S. secretary of war in 1942, claiming, “In the war in which we are now engaged, racial affinities are not severed by migration.”

DeWitt added, “The Japanese race is an enemy race and while many second- and third-generation Japanese born on United States soil, possessed of United States citizenship, have become ‘Americanized,’ the racial strains are undiluted.”

In a stark claim that defies logic, DeWitt said, “The very fact that no sabotage has taken place to date is a disturbing and confirming indication that such action will be taken.”

Governors today are beginning to sound like governors early in World War II. Gov. Chase Clark of Idaho told reporters “Japs live like rats, breathe like rats, and act like rats.” Gov. Homer M. Adkins from Arkansas said, “Our people are not familiar with the customs or peculiarities of Japanese, and I doubt the wisdom of placing any in Arkansas.”

In what looks like an “in your face” to the governor, the federal government placed two of the 10 camps in Arkansas, albeit on land that virtually became swamps in the rainy season.

Because unbridled, hateful talk by prominent people today can also lead to equally drastic and violent measures, I suggest activities that could curb those prospects.

We can all call for reason and restraint that will force leaders to promote our security without violating civil rights. Clergy and congregations can develop personal relationships with those who are vulnerable to hateful acts, and be conspicuous in standing with them.

Sano, who was born in Brawley, California, served as bishop in the Denver and Los Angeles Areas.