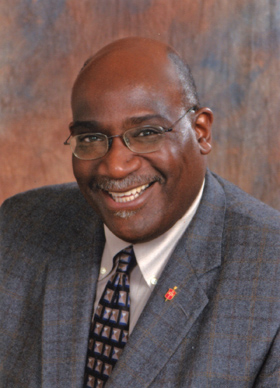 This time will be different, vowed United Methodist bishops participating in an online launch of a new anti-racism campaign on a day set apart for commemorating the end of slavery.

“I will not lead or participate in another effort full of ‘sound and fury, signifying nothing,’” said Bishop Cynthia Moore-Koikoi of the Western Pennsylvania Conference during the announcement of the campaign on Juneteenth (June 19), a significant day in the history of slavery. The announcement was broadcast on UMC.org/EndRacism and Facebook.

“The lives of my people, of all people of color who have been systematically disrespected, disregarded and extinguished by the sin of racism are too important to settle for anything … less than uncompromising action in dismantling racism,” she said.

The new program, “Dismantling Racism: Pressing on to Freedom,” is a multi-agency effort that includes participation from the Commission on Religion and Race, the Council of Bishops, United Methodist Women, Discipleship Ministries, the Board of Church and Society and United Methodist Communications. Other agencies and many annual conferences are contributing. 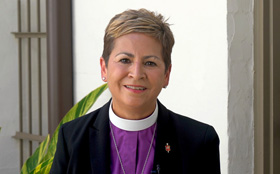 Bishop Cynthia Harvey, president of the Council of Bishops, during the launch of a churchwide program, “Dismantling Racism: Pressing on to Freedom.” Video image courtesy of the Louisiana Conference.

“We come to you intentionally on this day, June 19, a day known to many as Juneteenth,” said Bishop Gregory V. Palmer of the Ohio West Conference.

On June 19, 1865, Major General Gordon Granger announced in Galveston, Texas, that the Civil War had ended and that those who had been enslaved were now free. It was 2½ years after President Lincoln signed the Emancipation Proclamation. 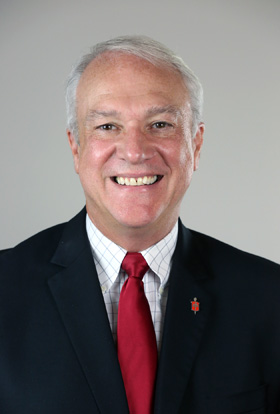 Bishop Thomas J. Bickerton of the New York Conference, said the “Dismantling Racism: Pressing on to Freedom” campaign would be “an intentional spiritually guided journey from this Juneteenth to a gathering in Minneapolis, Minnesota, in late August-early September 2021.”

The top legislative assembly of The United Methodist Church, General Conference, is scheduled to meet Aug. 31-Sept. 10, 2021, in Minneapolis. George Floyd died May 25 in that city after a police officer held his knee on Floyd’s neck for more than 8 minutes.

“We’re inviting you into a journey … that’s designed to stimulate you with frequent events — worship services, town halls, book studies, resources and honest conversations — that we believe can create a movement for lasting change,” Bickerton said. 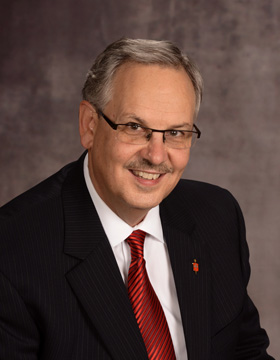 “It’s the convergence of economic hardship, the lack of adequate health care, broken systems, antiquated structures, police brutality, the absence of accountability, the continuance of white privilege and power, all combining into a mass outpouring with one clear message: “Enough is enough.’”

Bishop Bruce R. Ough of the Dakotas-Minnesota Area, said real difference can occur when white people support Black Lives Matter and are willing to listen also to the voices of black, Asian, Native Americans and Latinx.

“It must be different this time and we together must make sure that the headline remains constant as we press on to freedom,” Ough said.  “As people of faith we have to take the lead, carry the banner and keep pressing on to freedom.” 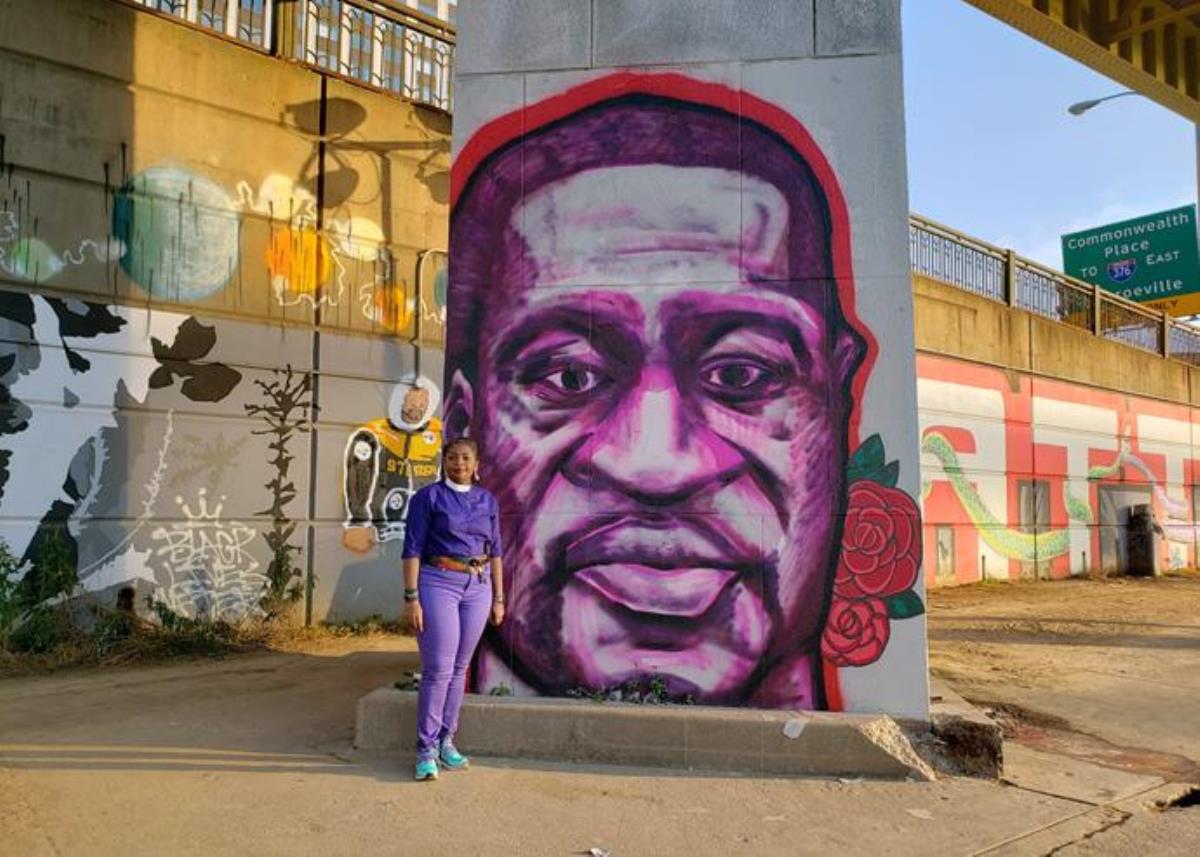 Western Pennsylvania Area Bishop Cynthia Moore-Koikoi stands in front of an image of George Floyd painted on an overpass support in Pittsburgh. Floyd, a black man, was killed in Minneapolis when a white police officer knelt on his neck for nearly nine minutes. Photo by Jackie Campbell, Western Pennsylvania Conference.

United Methodists have been involved in Black Lives Matter rallies in small towns and midsize cities.
Mission and Ministry