“It was very hard to get him robed and to the service, not because he was difficult, but because he would stop and talk to everybody,” recalled the Rev. James Howell, pastor of Myers Park United Methodist Church in Charlotte, North Carolina. “He was the ultimate people person.”

Jones was gregarious, but also principled.

In 1957, he and some fellow white ministers in Atlanta called for racial reconciliation as resistance to school desegregation mounted across the South — an act still remembered in the city and beyond.

Jones died March 6, at age 91, of complications from dementia. 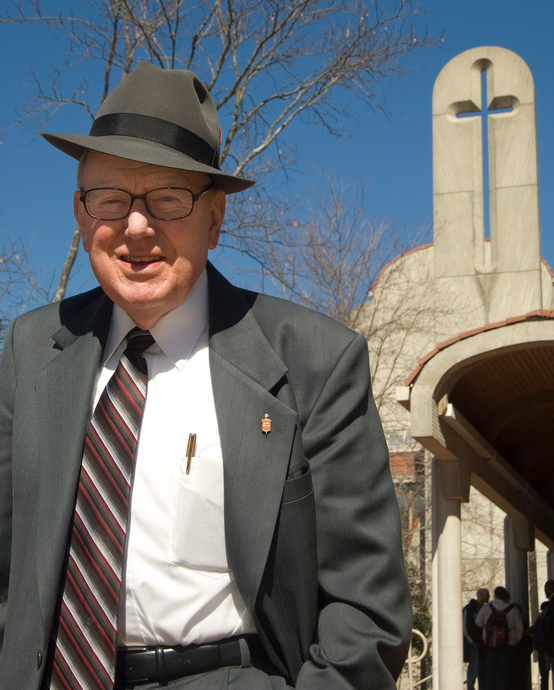 “He used himself up with his passion for Christ and his faith in God and his love of people — those three things,” said the Rev. David Bevel Jones, his son.

Bishop Jones was born in a Methodist parsonage in Gracewood, Georgia. His father was the Rev. Lewis Bevel Jones II, who had a 50-year career in the North Georgia Conference.

The future bishop would attend United Methodist-related Emory University in Atlanta, where he ran track. While at Emory’s Candler School of Theology, he served as assistant pastor at First Methodist in Decatur, Georgia.

Jones and his wife Mildred “Tuck” Hawkins Jones, a preacher’s daughter, married at that church in 1949.

Ordained a deacon, then an elder, in the North Georgia Conference, Jones was appointed to start the first new Methodist church in the Atlanta area after World War II. Audubon Forest Methodist would grow to 2,000 members during Jones’ decade there.

Over the next three-and-a-half decades, Jones would lead large North Georgia Conference churches in LaGrange (where he also taught at United Methodist-affiliated LaGrange College), Atlanta, Decatur and Athens.

Jones joined 79 other Atlanta clergy in publishing, on Nov. 3, 1957, a statement that would become known as the Ministers’ Manifesto. It came after violence marred efforts to desegregate Central High School, in Little Rock, Arkansas.

In 2007, National Public Radio did a retrospective on the statement, and Jones recalled support from his congregation, which was used to hearing him preach racial tolerance.

“But I got some awfully, awfully hot letters from the public and some phone calls,” Jones said.

The Rev. Joseph Lowery, the renowned civil rights leader and United Methodist, told NPR that while the manifesto seems mild and cautious in retrospect, it was bold for the time and had a “sobering and calming effect on people across the South.”

Jones also would be known as an ecumenical and interfaith leader. Even as he led churches, he was a popular guest preacher at revivals and other special services around the U.S.

His gift for storytelling and humor also yielded him many after-dinner speaking invitations.

“He could hold a congregation spellbound and was maybe the greatest story- and joke-teller I’ve ever known,” said Joe Whittemore, a family friend and former North Georgia Conference delegate to General Conference.

Jones found time to do weekly broadcasts on Atlanta radio, and regularly wrote for the Wesleyan Christian Advocate, the North Georgia Conference newspaper. He supported the Atlanta-based Protestant Hour radio program, and some of its top preachers would visit the Jones’ home, David Jones recalled.

Elected to the episcopacy by the Southeastern Jurisdictional Conference in 1984, Jones for the next 12 years was based in Charlotte, leading the Western North Carolina conference.

Jones also made cross-cultural appointments, and took heat for it.

“He was pretty progressive for his day,” Howell said. “He wasn’t any kind of fiery prophetic guy by nature. For him, it was all about the inclusion of people.”

After retiring as a bishop, Jones returned to Atlanta, where he served as bishop-in-residence at Candler and Decatur First United Methodist. 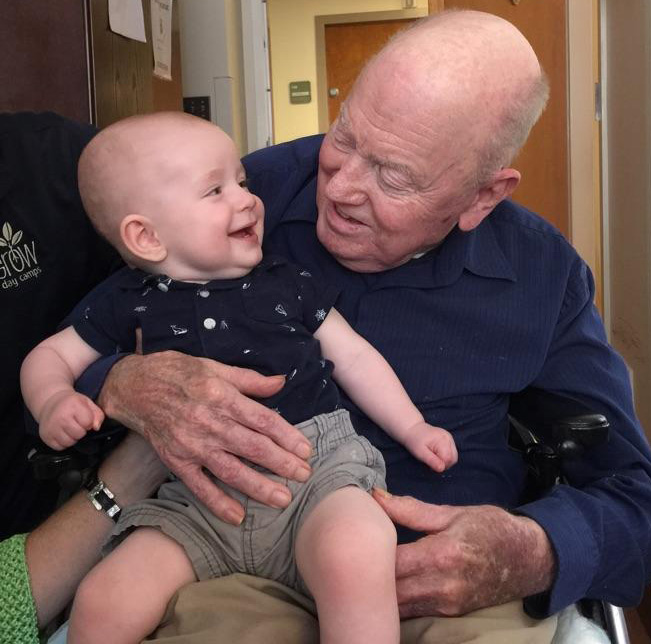 He was a longtime trustee at Emory, and taught and did development work for Candler, where an endowed professorship in pastoral theology, care and counseling bears his name.

“Bev Jones witnessed boldly and creatively to the love and grace of Jesus Christ in every community where he lived and in every institution he served,” said Candler’s dean, Jan Love.

She added that he had a strong commitment to higher education, and once said his liberal arts experience at Emory caused him to be “set free without being set adrift.”

Mathew Pinson, Candler’s associate dean of development and alumni relations, made many fundraising trips with Jones.

“Bishop Bev Jones lived his life ‘one step beyond caution,’” Pinson said by email, using the title of Jones’ autobiography. “He was a person with near unmatched passion, creativity, courage, wisdom.”

David Jones recalled a remark his father made late in life.

“He said: ‘The older I get, the fewer items I have in my creed and the more faith I have in God.’ He lived that. He was not an ideologue.”

A memorial service for the bishop will be held Saturday March 24, at 2 p.m., at Decatur First United Methodist Church.