Drafters of the One Church Plan expect it to appeal to United Methodists who believe keeping the church together should have the highest priority.

“The One Church Plan honors the perspective of United Methodists who believe that our current impasse over marriage and ordination of homosexual persons does not rise to the level of a church-dividing issue,” according to the Commission on a Way Forward’s Report to the General Conference. 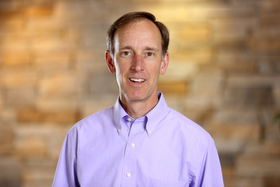 The Rev. Tom Berlin
If adopted, language in the Book of Discipline used in the U.S. would change to end the prohibition on United Methodist churches from hosting gay weddings or its ministers from performing them.

Under the One Church Plan, no churches or pastors are required to lead a wedding ceremony for a same-sex couple, nor would it force any conference to ordain a gay minister or consecrate a gay bishop.

“Central conferences can adapt portions of the Book of Discipline for their own contextual practices, and are not bound by decisions taken in Jurisdictional Conferences,” says the report.

Three alterations to the Book of Discipline need authorization through petitions to the General Conference to make the One Church Plan constitutional, supporters say. Crafters of the plan believe it could take effect as early as Jan. 1, 2020, if selected Feb. 23-26, 2019, at the special called session of the General Conference. But they recommend waiting until Dec. 31, 2020, to allow various United Methodist entities to get acclimated to the nuances of the plan.
Adoption of the One Church Plan would mean the elimination of language defining marriage as “between a man and a woman.” Substituted would be “traditionally understood as a union of one man and one woman.”

Significantly, the plan would eliminate the Book of Discipline passage that states, “The practice of homosexuality is incompatible with Christian teaching.”

“The commission hears a yearning from both traditionalists and progressives for more space,” says the report.

“Traditionalists do not want to be required to participate in same-sex weddings, the ordination of gay persons or the financial support of a bishop in a same-sex marriage,” says the report. “Progressives want space to freely exercise ministries that include same-sex weddings, the ordination of gay persons and the same-sex marriage of clergy. United Methodists in central conferences want space to shape conversations about sexuality according to their national context.”

In addition to the One Church Plan, delegates to the special General Conference Feb. 23-26 in St. Louis will consider many different proposals. Learn about the most prominent of those plans.

The Traditional and Modified Traditional plans
The One Church Plan is an attempt to accommodate all these agendas.

“There are millions of United Methodists across the globe,” says the Rev. Tom Berlin, lead pastor of Floris United Methodist Church in Herndon, Virginia. Berlin was a member of the Commission on a Way Forward and submitted the One Church Plan legislation to the General Conference.

“I support the One Church Plan because it allows people in Africa to do exactly what they feel is right in their culture and context,” Berlin says. “It also allows Americans to exercise the variety of opinions that you find in a U.S. context along with Europe and other places. … My experience growing up is we were unified in Christ and we were unified in the Wesleyan way of being a Christian.

“But that never meant that we were one mind on any number of issues in our local community or in our national setting or in the world context.”
The One Church Plan puts trust in clergy, congregations and conferences to find their own way, Berlin says.

The Rev. Tom Berlin, who was a member of the Commission on a Way Forward and submitted the One Church Plan legislation to the General Conference, answers questions about the plan in these videos.

One Church Plan: “How does the local church handle LGBT inclusion now?”
The Rev. Tom Berlin shares the inspiration behind the creation of the plan.

One Church Plan could unite “our broad and diverse denomination.”
The Rev. Tom Berlin says the plan provides a place of unity for the variety of theological viewpoints present within today’s United Methodist Church.