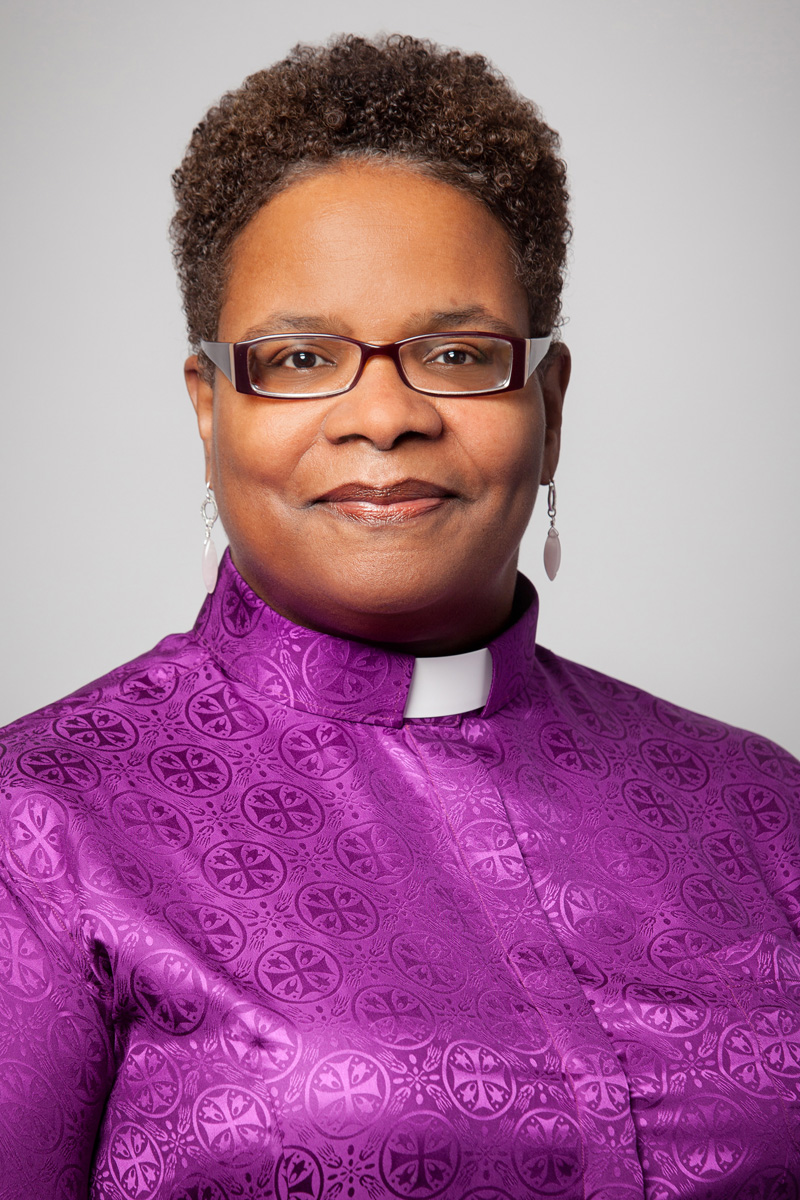 Bishop LaTrelle Easterling
Photo by Tony Richards for the Baltimore-Washington Conference.
To you, O Lord, I call; my rock, do not refuse to hear me, for if you are silent to me, I shall be like those who go down to the pit. Hear the voice of my supplication, as I cry to you for help, as I up my hands toward your most holy sanctuary. The Lord is the strength of his people; he is the saving refuge of his anointed. O save your people, and bless your heritage; be their shepherd, and carry them forever. — Psalm 28:1-2, 8-9

This Lent, during your set-aside time of daily prayer, I invite you to consider the dignity of all people and the need to affirm human rights around the world.

As a bishop, I am called to “advance the imperative of human rights.” As United Methodists, we are called to “join in safeguarding the worth and dignity of peoples and the integrity and sacredness of all God’s creation.”

Recently, our brothers and sisters at Mizo United Methodist Church in Rockville, Maryland, invited us to join them as they pray for the suffering people of Myanmar (Burma).

The Rev. Biak Chhunga writes: “The people in Myanmar have been protesting for several weeks against the anti-democratic actions of the Myanmar military. Many people, especially young men and women, have been abducted, abused, tortured, or killed by the soldiers. Most of the Mizo UMC members here in the U.S. have family living in Myanmar, and they are extremely concerned for the well-being of their families.”

We’ve also been confronted by headlines that lead us to pray for the people of Ethiopia, where human rights are being violated on a vast scale.

UM News publishes various commentaries about issues in the denomination. The opinion pieces reflect a variety of viewpoints and are the opinions of the writers, not the UM News staff.
Last week, U.S. Secretary of State Antony Blinken expressed “extreme concern” over acts in Tigray that he described as “ethnic cleansing.” Thousands of people have died, hundreds of thousands have been forced from their homes, and there are shortages of food, water, and medicine in the region of more than 5 million people, the Associated Press reports.

In addition, the United Nations recently reported that 88 million people around the world faced acute hunger at the end of 2020, and some 34 million are now on the brink of famine. The U.N. reported that Yemen is heading toward “the biggest famine in modern history” and many parts of the country feel like “hell on Earth” after years of food shortages and destruction brought on by war.

In other headlines, a growing number of migrants at the Mexican-U.S. border are facing untold hardships, especially children who have been separated from their families. The world cries out for our prayers and our actions.

It’s easy to remember John Wesley’s quote that the world is our parish. It’s a bit more difficult to embrace and act upon our call in the Social Principles to “call on all governments to accept their obligation to uphold human rights by refraining from repression, torture and violence … and address human rights in the context of justice and peace.”

Human rights and the dignity of all people is written throughout every line of Scripture. We are all created in the imago Dei — the image of God. Psalm 8:4-5 tells us God created humans “slightly less than divine, crowning them with glory and grandeur.”

As Lent continues, I invite us all to open our hearts and arms to the world to ensure the dignity, glory, and grandeur of all people. It’s our calling. Let it be our prayer.

Easterling leads the Baltimore-Washington Conference of The United Methodist Church.

This article originally appeared in the March 16 edition of the conference e-newsletter.

The spirit of innovation seen in the COVID-19 pandemic needs to continue and deepen, church leadership experts say.
Local Church

Backlash against homeless ministry in Denver shows hostility faced by pastors of color.