In 2014, United Methodists marked the passing of leaders who made significant contributions in their ministry.

Here are 16 remembrances, listed by date of death. 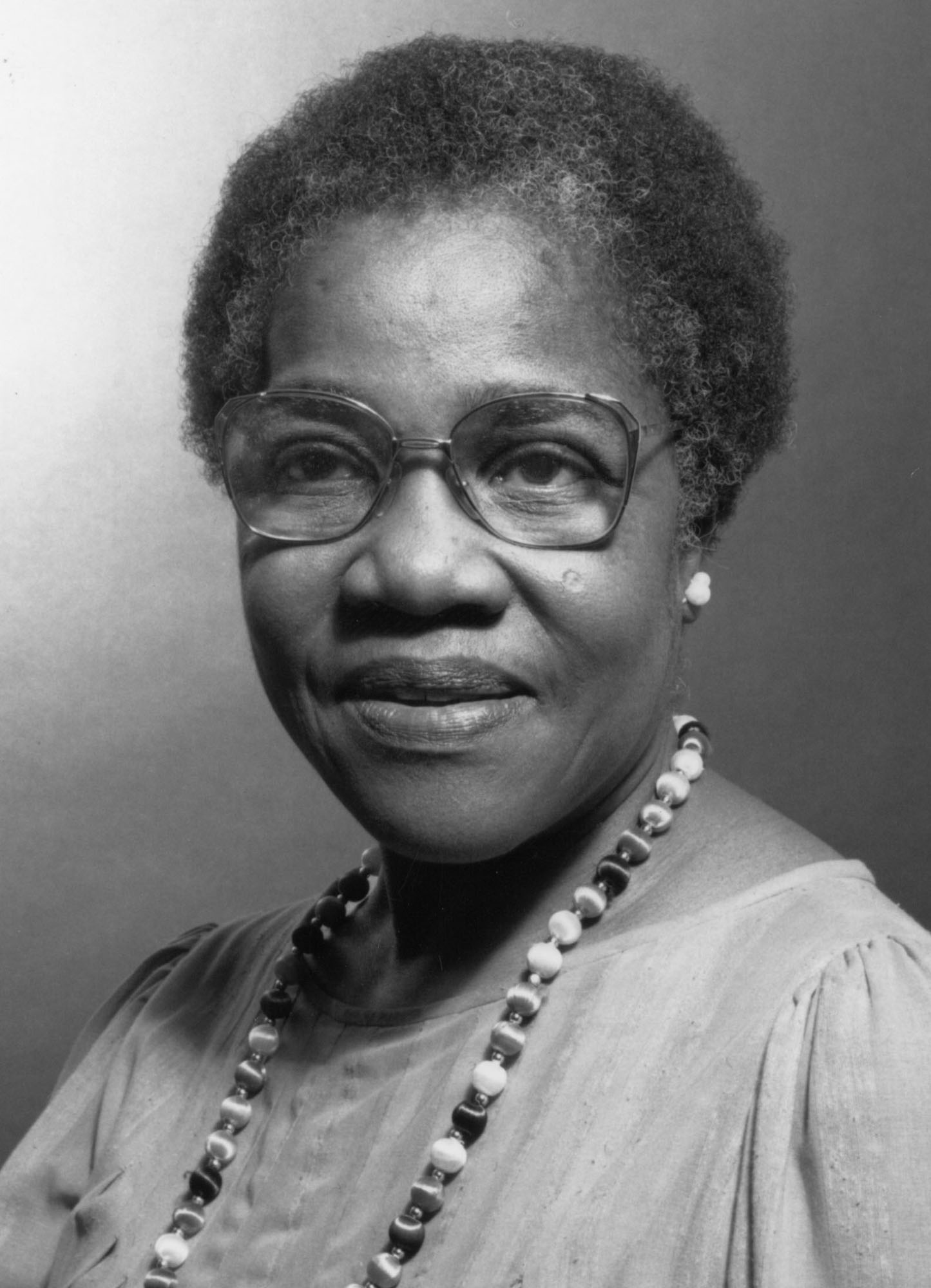 Theressa Hoover, the first African-American woman to become a top staff executive for The United Methodist Church, was a mentor to many young women, promoted the leadership of laywomen and engineered a secure future for the women’s organization of the denomination during a period of tumultuous change. 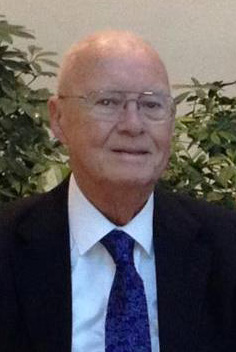 In 1980, Lifsey was elected chairman of the Section on United Methodist Men in the denomination’s Board of Discipleship and was one of the architects of the 1981 National Congress of United Methodist Men attended by 5,400 men. Lifsey also helped establish the John Wesley Society to support scouting and men’s ministry. 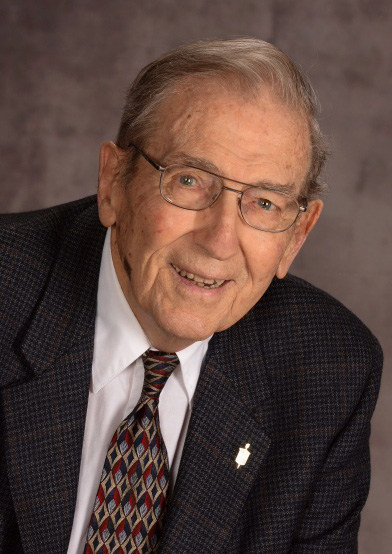 As bishop, Tuell presided over the Portland Episcopal Area from 1972 to 1980, the Los Angeles Area from 1980 to 1992 and retired to the Seattle area. He was president of two general agencies, delivered the episcopal address at the 1988 General Conference and served as president of the Council of Bishops from 1989 to 1990.

But perhaps Tuell is best known across the connection as the author of “The Organization of The United Methodist Church,” which has helped generations of United Methodists better understand church governance and structure. “He was a giant in our UMC episcopal ranks,” said Greater Northwest Area Bishop Grant Hagiya, “and bishops like him only come around once in a lifetime.” 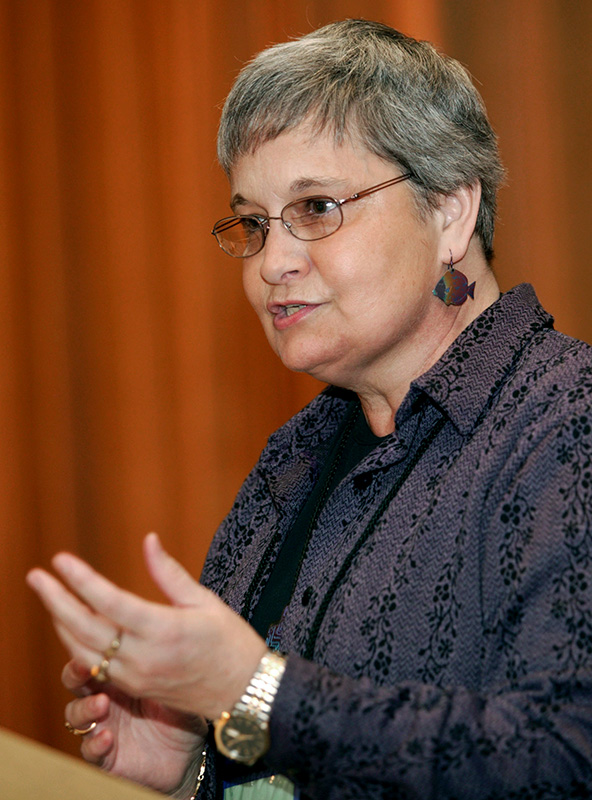 Gayle C. Felton, a noted church historian and theologian, died Jan. 25 at her home in Rougemont, N.C., at age 71.

She played a key role in articulating the United Methodist understanding of the sacraments, baptism and Holy Communion.

“Gayle had strong academic credentials and she devoted that knowledge not so much for a career track in the academy as for facilitating education and formation of the laity and clergy for the work of ministry,” said the Rev. Daniel Benedict. He worked closely with her when he was director of worship resources for the United Methodist Board of Discipleship, now Discipleship Ministries. 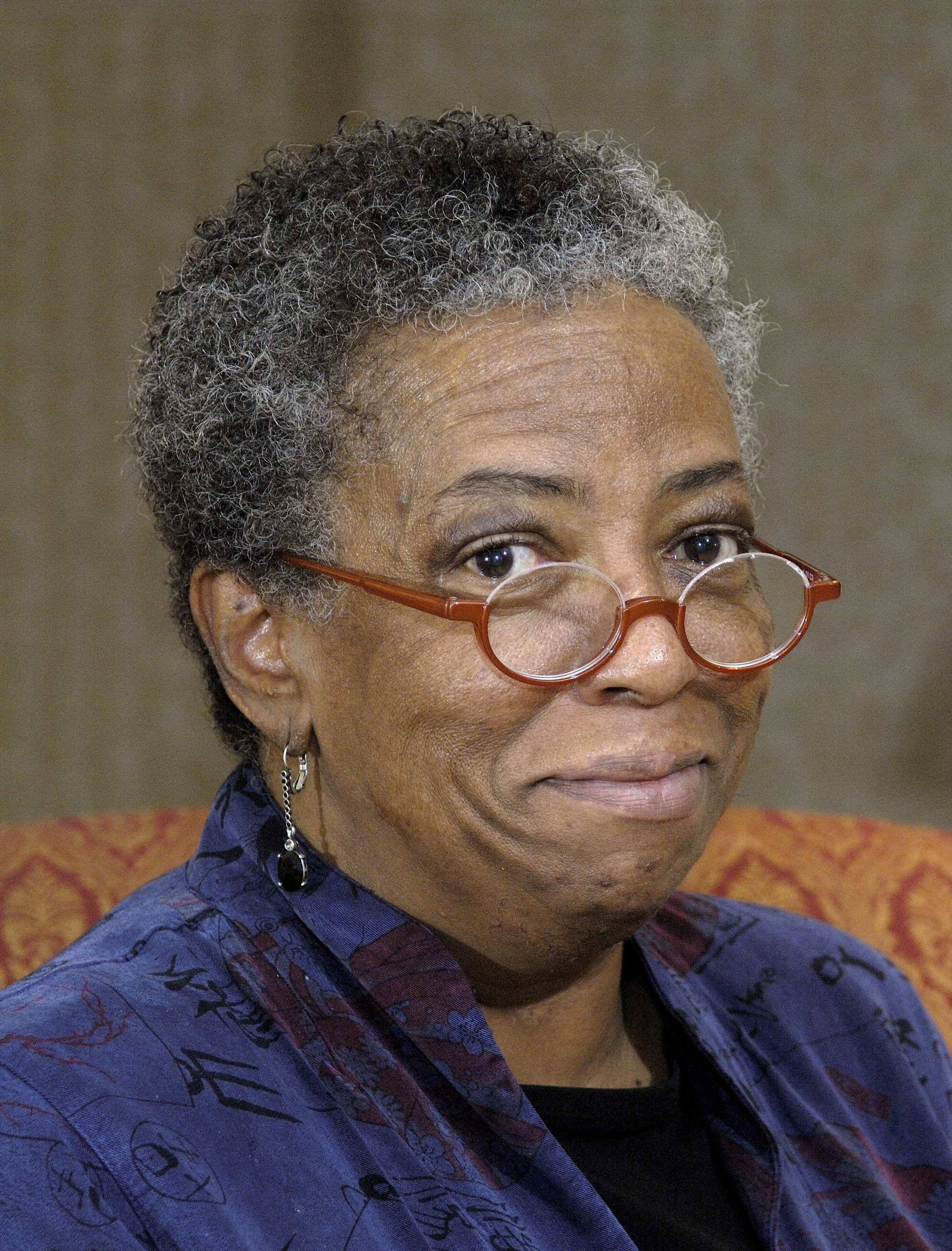 Lois M. Dauway, who died Feb. 4, was a United Methodist and ecumenical leader remembered for her strong commitment to justice.

“Lois appeared to work endlessly for Christ’s justice, even when it was exhausting, mundane and seemed hard on her health,” said Kelly C. Martini, a former communications director of the Women’s Division. 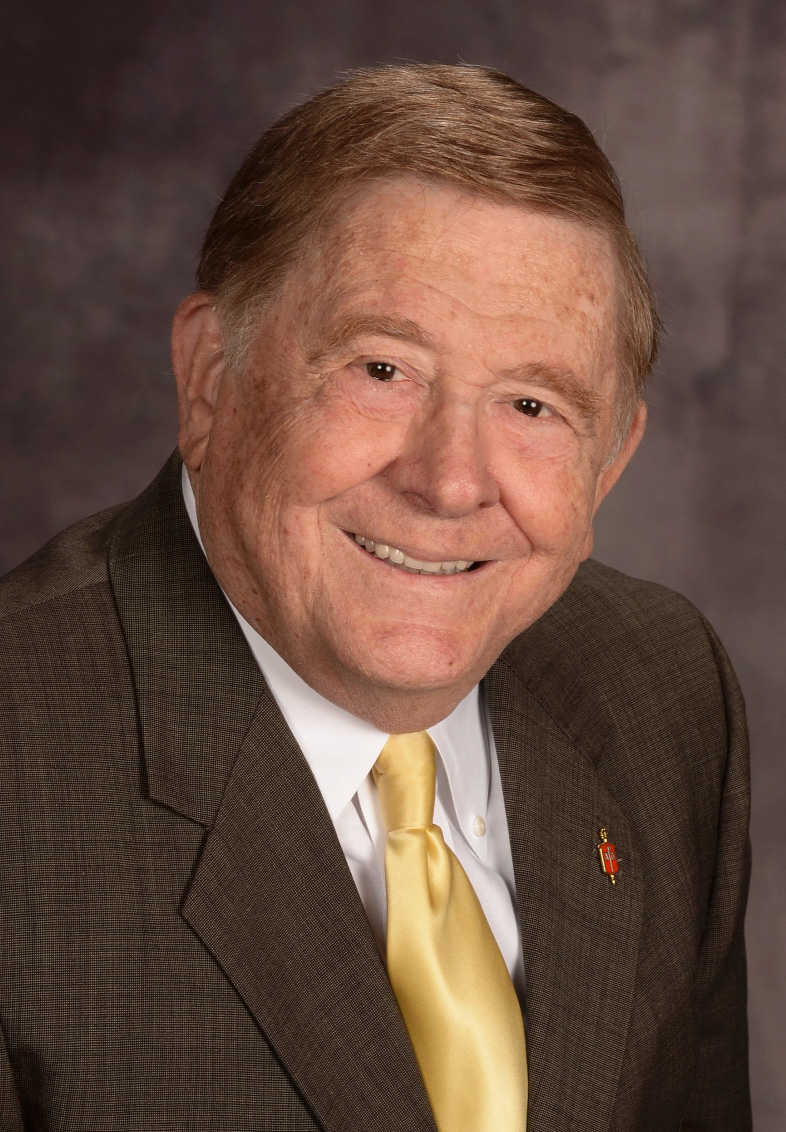 Retired Bishop Robert “Bob” C. Morgan, who twice oversaw the merger of conferences and mentored a number of active bishops, passed away March 16. He was 80.

Five United Methodist bishops served under him before being elected to the episcopacy.

“I always refer to him as a ‘leader of leaders,’” said Louisville (Kentucky) Area Bishop Lindsey Davis, who served as a district superintendent under Morgan. “He was so highly respected, and his leadership skills were so strong that he really attracted other leaders to him.” 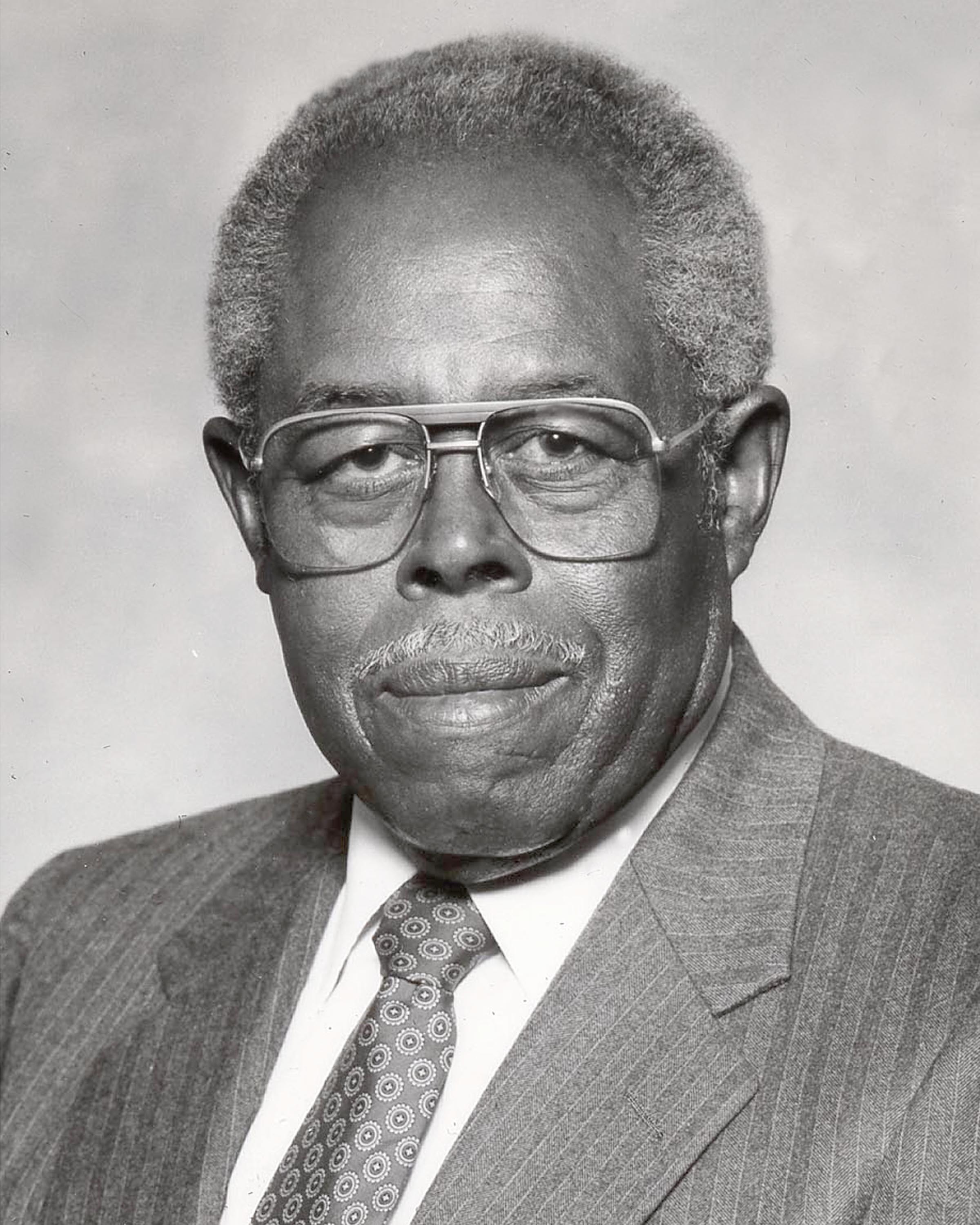 Jonas T. Kennedy, who with his wife provided the first major gift to start Africa University, died March 14 in Bennettsville, S.C. He was 97.

Kennedy began his career in education but eventually took over his family’s farm full time. He mastered turkey farming and was recognized internationally as an expert in turkey production, serving as a farming consultant to several African countries.

His and his wife’s generosity provided the foundation of Africa University. “That gift came when a lot of people said Africa University would never happen,” said Jim Salley, associate vice chancellor. “Mr. Kennedy was a man of action and not many words. He was the most generous person I have known.” 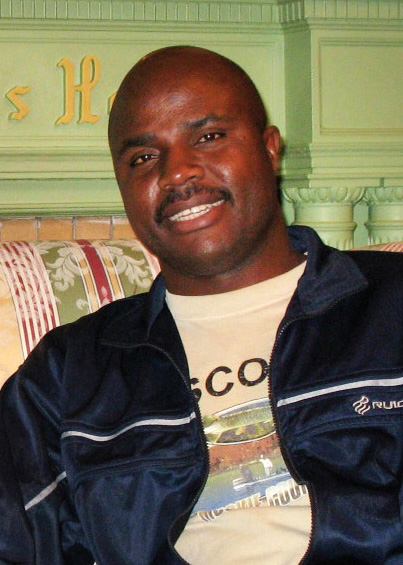 From the time he was a youth, Tshala Mwengo had a dual mission: to bring people to Christ and to better the lives of those in his community, his country and the continent of Africa.

The native of the Democratic Republic of Congo became a missionary with the United Methodist Board of Global Ministries. He and his wife, Betty Tshala, also a missionary, were principal founders of Living Word Chapel in Kitwe.  He was on his way from the Mujila Falls Agricultural Centre, where he was also co-director, when he was injured in a bus accident. He died of his injuries on April 9. He was in his 40s.

“What I see first as the legacy that my uncle left into my life is to know Jesus Christ as the author and foundation for my life and to always serve God’s people regardless of their background, race, gender and social class,” said his nephew, the Rev. Eric Mulanda. 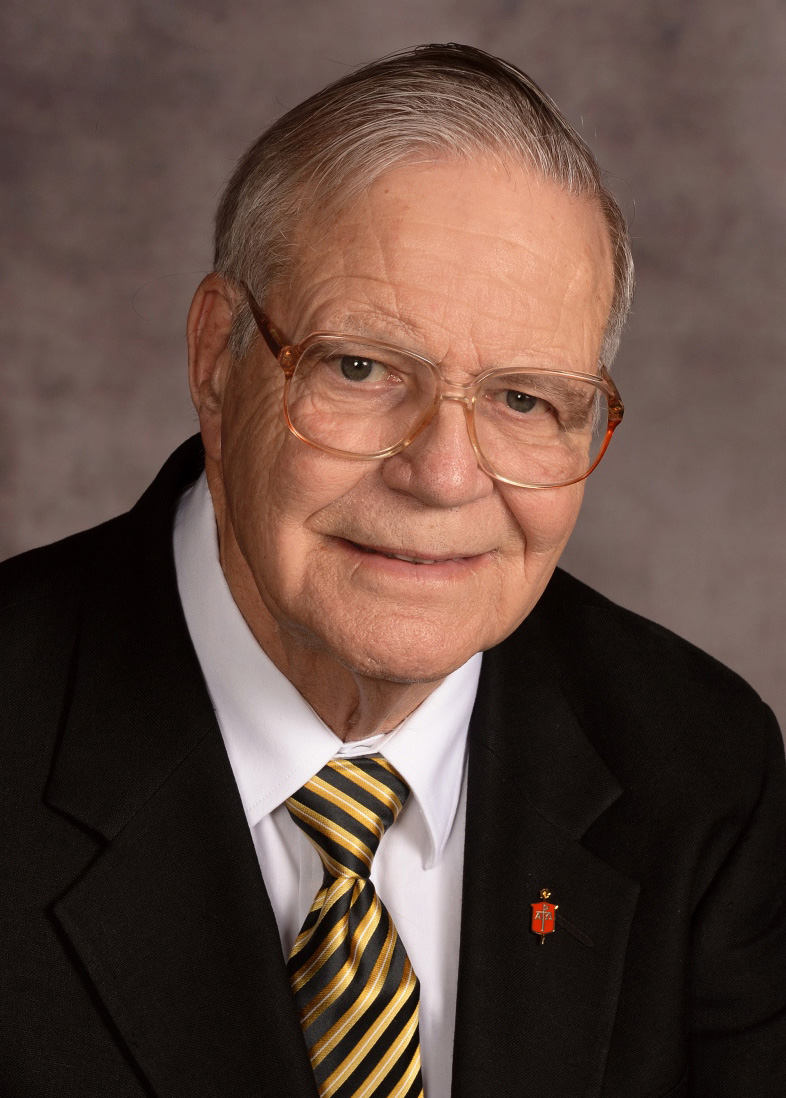 Retired Bishop James Lloyd Knox, who was known as a champion of mission, died at age 85 on April 13.

He served in the Birmingham, Alabama, episcopal area from 1984-92, when he was appointed to the North Georgia Area. After his retirement in 1996, Knox served as interim bishop in the Florida Conference in 1999 and again in 2000-2001 following the illness and death of Bishop Cornelius L. Henderson.

Fluent in Spanish, he was also well-known for mission work in Latin America and his commitment to helping Hispanic communities in the U.S. “Here was the pastor of a church who was saying the walls of the church are not important. We’re going to be the body of Christ,” said the Rev. Clarke Campbell-Evans, director of missional engagement in the Florida Conference. 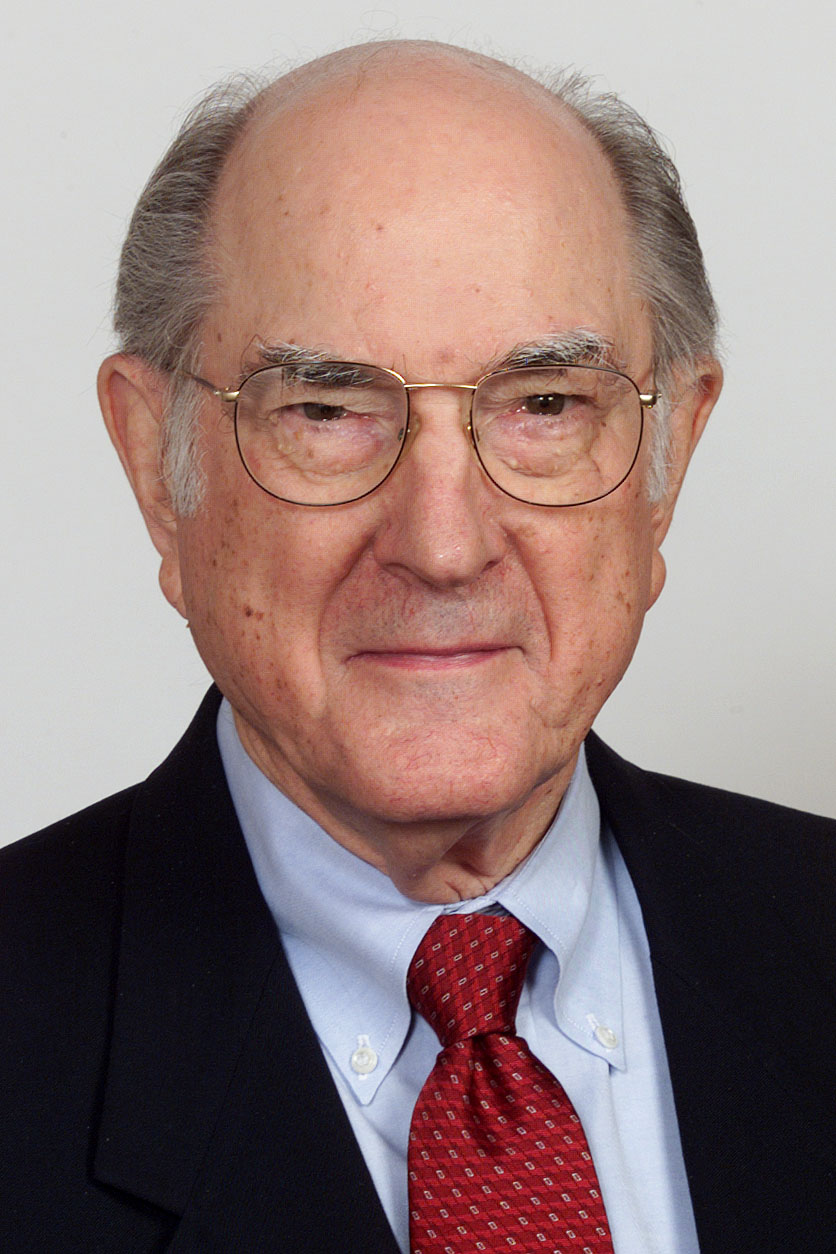 Clark was bishop of the Columbia Area, which encompasses the South Carolina Conference, from 1980 to his retirement in 1988. For four years, he also was the president of the United Methodist Committee on Relief, which coordinates the denomination’s humanitarian relief and disaster response. He also led the Council of Bishops’ initiative “Vital Congregations — Faithful Disciples,” a predecessor to today’s efforts to foster congregational vitality.

Retired Bishop Mary Ann Swenson received her first communion from Clark when he was pastor of Capitol Street in Jackson, Mississippi, and still has her third-grade Bible that carries his signature. At a recent memorial service for bishops and bishops’ spouses, she said Clark led “amazing communities in the body of Christ full of vitality in prayer and worship and sacraments and learning and Christian action.” 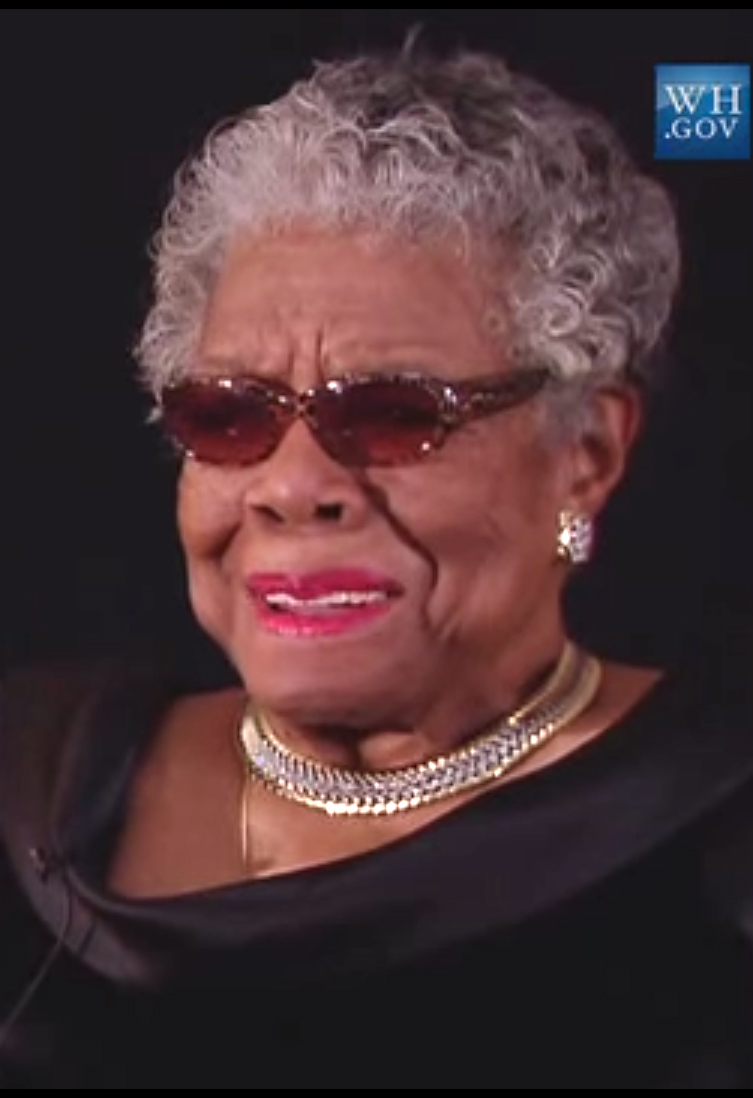 Maya Angelou, the celebrated civil rights activist, writer and performer, often spoke about how her Christian faith influenced her work. Not as well known was her commitment to Glide Memorial Church, a United Methodist congregation in San Francisco.

She was still a member at the time of her death at 86 on May 28. She also attended churches near her home in Winston-Salem, North Carolina, where she died, and in Washington, D.C. But Glide — where she was a member for nearly 40 years — was her main church home, said the Rev. Cecil Williams, its minister of liberation.

“Her commitment and work at Glide was immeasurable because of the greatness of her heart,” Williams said. “She was committed to making Glide one of the most important communities I’ve ever been a part of. We will certainly recall her as one of the great persons committed to making the world a better place.” The church celebrated her life on June 15. 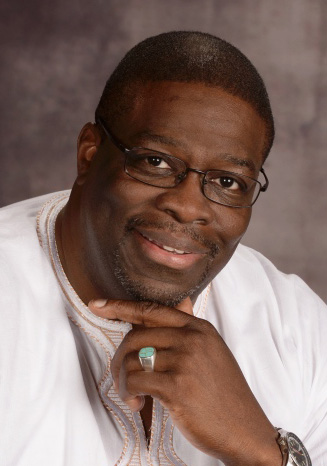 Bishop Martin McLee, photo courtesy of the Council of Bishops

New York Area Bishop Martin D. McLee, known as a champion of marginalized people, died Sept. 6 at the age of 58. He had been on leave of absence due to illness since July.

He was elected to the episcopacy in July 2012. In his brief time as bishop, he comforted those left homeless by Superstorm Sandy and mourned with the people of Newtown, Connecticut, after a deadly school shooting.

“The thing I appreciated most about Bishop McLee was the fearlessness in which he engaged in ministry because of his confidence in Jesus Christ,” said the Rev. Adrienne Brewington, superintendent of the Long Island East District.

“One thing we often heard him say in the cabinet room was: ‘It will be difficult but that is no reason not to do it.’” 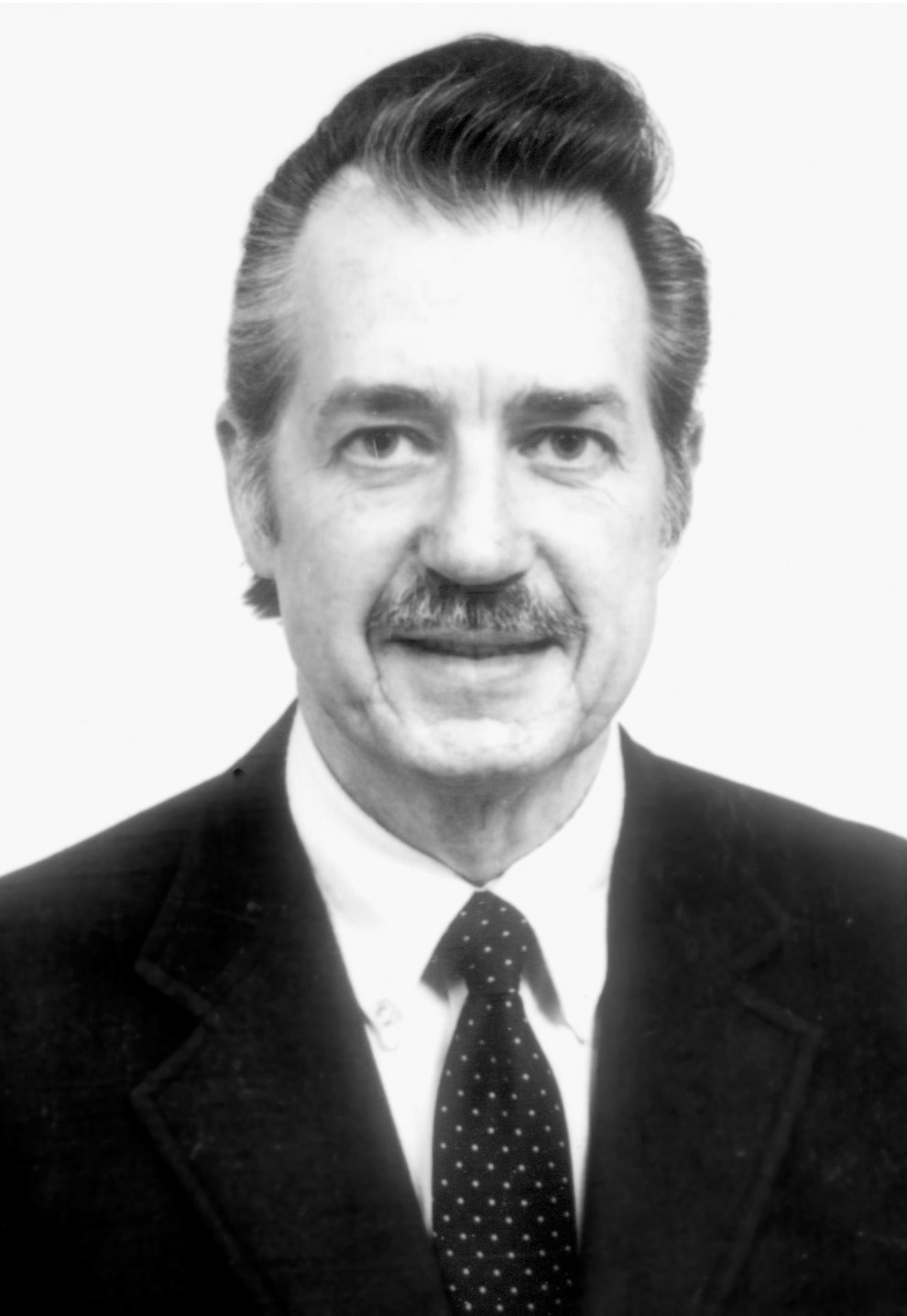 Ben Logan, photo courtesy of the United Methodist Commission on Archives and History

It was a radical idea for a church communications agency in the 1960s, but the motivation was just as groundbreaking: getting whites and blacks to talk to each other — over the airwaves — during a period of incredible racial tension in the United States. The result was “Night Call,” one of the first national radio call-in shows and a ministry of what became United Methodist Communications.

Night Call’s innovative producer was Ben Logan, he died Sept. 19 at 94 in Wisconsin.

“As a producer, Ben brought his sensitivity and informed compassion to the program,” said the Rev. Larry Hollon, top executive of United Methodist Communications.

“It gave the entire nation an opportunity have a conversation about difficult differences and it provided an alternative to the angry, heated words that sometimes erupted into street violence.” 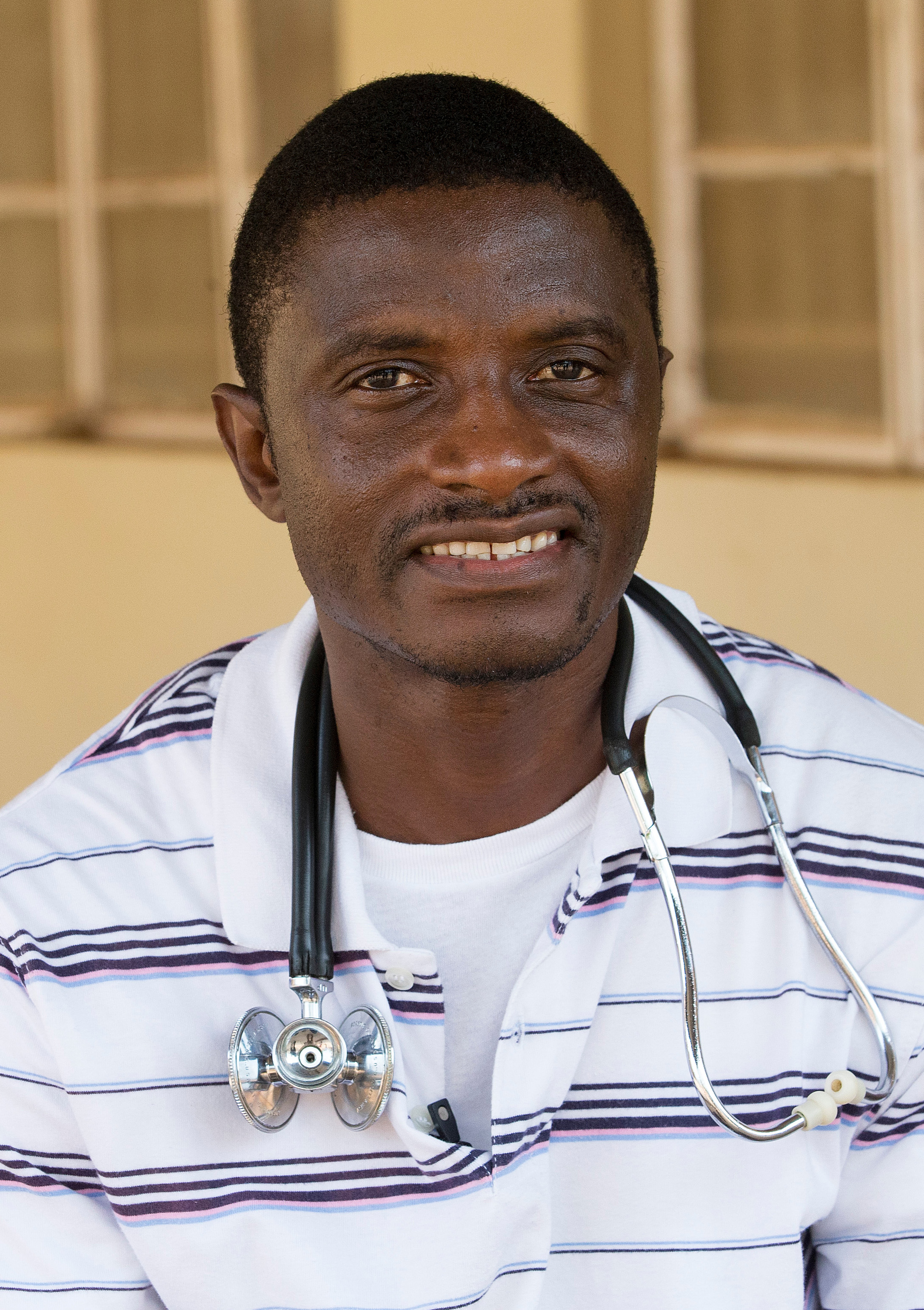 Dr. Martin Salia, the chief medical officer and only surgeon at United Methodist Kissy Hospital in Sierra Leone, died of Ebola on Nov. 17. Three days earlier, he had been airlifted to receive treatment in Nebraska but was already extremely critical. He was 44.

In an interview with United Methodist Communications earlier this year, Salia talked about how important it was for him to work at a Christian hospital. “I took this job not because I want to,” he said, “but I firmly believe that it was a calling and that God wanted me to.”

Sierra Leone’s Bishop John K. Yambasu said Salia “was everything to us.” He added that Salia, a Catholic, was one of only a very few surgeons in the country. 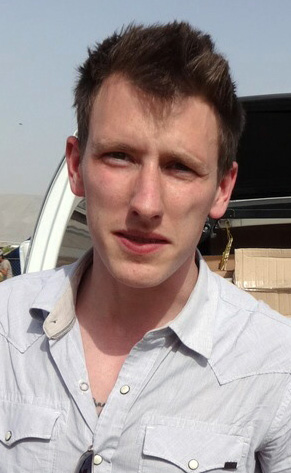 The United Methodist parents of Abdul-Rahman Peter Kassig, who was executed by the Islamic State group, remember his dedication to assisting those who have suffered during Syria’s civil war.

“We are heartbroken to learn that our son, Abdul-Rahman Peter Kassig, has lost his life as a result of his love for the Syrian people and his desire to ease their suffering,” said Ed and Paula Kassig, in a statement on social media. “Our heart also goes out to the families of the Syrians who lost their lives along with our son.” 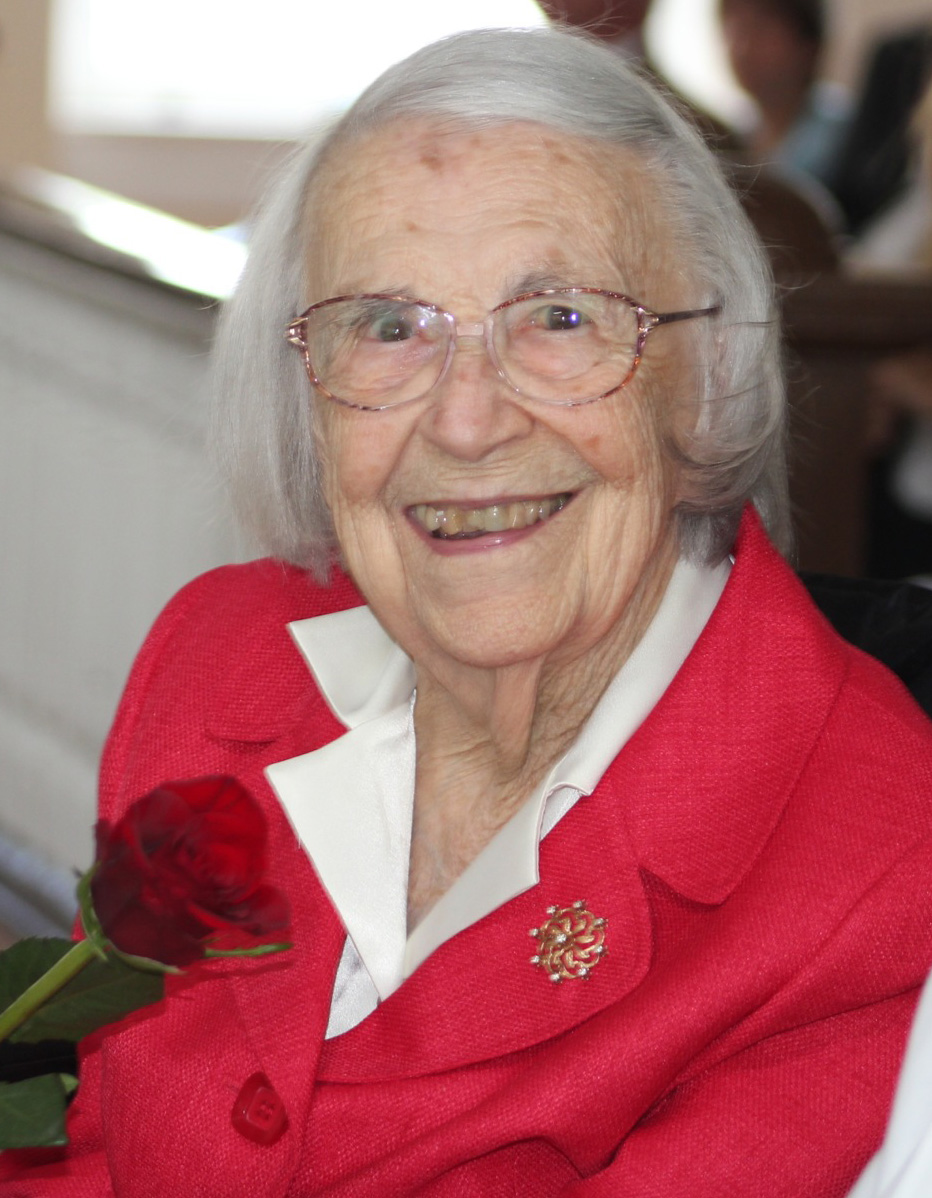 Alice Finch Lee may be a footnote in literary history as the older sister of Harper Lee, author of “To Kill a Mockingbird.” But in United Methodist circles, she is remembered as an exemplary laywoman whose service and wise counsel stretched across decades, and could be felt at the local church, conference and general church levels.

She also was a female legal pioneer in south Alabama, practicing law in Monroeville, Alabama, from 1944 until she was nearly 100. Lee died Nov. 17 at 103 in Monroeville.

“She really was a pillar of leadership,” said Dawn Wiggins Hare, a close friend of Lee’s, fellow resident of Monroeville, Alabama, and top executive of the United Methodist Commission on the Status and Role of Women.