Just about everyone agrees that The United Methodist Church needs to draw more people and younger people to reverse decades of declining membership in the United States.

Add to the list the need to bring more people of color into the United Methodist fold.

That was an overarching theme of a Nov. 29-Dec. 1 meeting hosted by the United Methodist Commission on Religion and Race. The gathering, called "Appreciative Inquiry Summit: Changing the Conversation on Race in the UMC," brought together about 110 clergy and lay people to exchange ideas about how to help nourish vital, multicultural congregations in the United States and around the globe.

Those invited represented a cross section of church leaders including bishops, district superintendents, seminary faculty, young clergy, agency and conference staff as well as leaders of the denomination's ethnic caucuses and its six national plans for ethnic ministries. Participants included church leaders from Africa, Europe and the Philippines as well as the United States. Some were longtime advocates for racial equity, and some were church members who had not previously engaged in the work of the Commission on Religion and Race.

Much of the discussion centered on a provocative statement by the Rev. Lovett H. Weems Jr., professor of church leadership and director of the Lewis Center for Church Leadership of Wesley Theological Seminary in Washington.

"There is no future for the United Methodist witness in the United States unless we can demonstrate that we can reach more people, younger people and more diverse people," Weems has declared in Interpreter magazine and elsewhere. Weems was not at the Chicago gathering but had addressed the Commission on Religion and Race at its October board meeting.

Erin Hawkins, top executive of the Commission on Religion and Race, went even further in her closing comments at the summit. 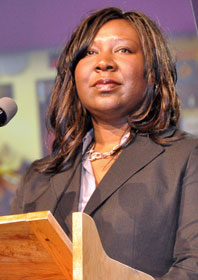 Hawkins observed that what The United Methodist Church has been doing for the past 40 years has not worked to achieve a truly multicultural church in the United States. That reality is reflected in emptier pews in the U.S. even as the denomination grows worldwide.

The Rev. Douglas P. Cunningham, pastor of New Day United Methodist Church in Bronx, N.Y., said in his opening sermon that United Methodists need only look at the recent U.S. presidential election to see the perils of failing to respond to the nation's changing demographics.

In the wake of President Obama's re-election, pundits of varied political perspectives have stressed the Republican Party's need to expand its coalition to include more people of various ethnic groups, particularly Hispanics. According to exit polls, about 88 percent of Mitt Romney's voters were white. Although Romney received 59 percent of the nation's white vote overall — larger than President Reagan's 56 percent share in his 1980 landslide — he still did not win the presidency.

Nearly 91 percent of The United Methodist Church's U.S. lay membership was non-Hispanic white in 2010, according to the most recent data from the denomination's General Council on Finance and Administration. In contrast, the 2010 Census reported that the U.S. population overall was 72.4 percent white, 16.3 percent Hispanic, 12 percent African-American and 4.8 Asian.

The U.S. population is even more ethnically diverse among younger generations. In May, the Census reported that whites no longer are the majority of the births in the United States..

The consensus at the Chicago gathering was that if The United Methodist Church can reach out successfully to ethnically and socio-economically diverse population in the United States, it follows that the church will attract younger people and more people in general. 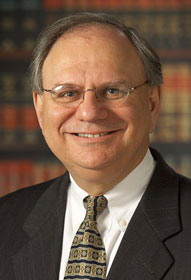 Some ideas for cultivating diversity

The Religion and Race staff has a role to play in helping to foster vital congregations just as it has worked to promote intercultural competency and institutional equity, Hawkins said.

During the gathering, participants developed suggestions for the agency, local congregations and others to reach populations. They specifically were asked to envision what they would like to see accomplished in the next four years.

What follows is just a handful of the ideas offered.

Hawkins told those gathered that in February the commission's board would meet to take action on some of the initiatives discussed at the gathering.

"We have to create a context for an alternative future," she said.

The Commission on the Status and Role of Women is in the process of seeking a new top executive to succeed M. Garlinda Burton, who is leaving at the end of the year.

Burton, who was at the Chicago summit, said she previously had misgivings about merging the two agencies, which have some very different functions. In addition to advocating for gender equity, her agency also works to prevent and address incidences of sexual misconduct.

"I think that we need to do something different," she said. "I think we need to look at ministry differently." However, she added that she does not want to see either agency's focus - be it on fighting sexism or racism - sacrificed.

Erin Hawkins, the top executive at the religion and race commission, said the conversations at the Nov. 29-Dec. 1 meeting will help inform discussions of a potential consolidation.

"I think this will give us the language of what the church needs from us in terms of ministry, and that those needs will be addressed in a new configuration and a new way of approaching this whole subject," she said.

The Rev. Tsi Tsi Moyo, a Zimbabwe native and pastor of Randolph United Methodist Church in Maine, had some advice for churches seeking to reach out to new people.

West Ohio Area Bishop Gregory V. Palmer, who helped lead the denomination's Call to Action initiative of the past four years, said he saw the Chicago event as a "healthy integration" of the Commission on Religion and Race in the conversations about fostering "more robust and vital congregations."

Many of the participants remarked how excited and hopeful they were to start a new conversation about fostering vitality in the denomination.

"This was one of the most meaningful, insightful and stimulating gatherings I have been to," Boston Area Bishop Sudarshana Devadhar told Hawkins just before he left. "Thanks for bringing us together."

United Methodists serve on both sides of the aisle in a Congress faced with repairing a highly polarized country and responding to violence at the Capitol.
Social Concerns

Church members both near and far were disturbed by the actions of a mob that forced its way into the Capitol.