Leaders of five groups that represent the denomination's ethnic constituencies have some suggestions for increasing the number of vital United Methodist congregations.

They urge The United Methodist Church to:

The group's statement released in September 2011 raised concerns that the proposed restructuring would minimize the participation of people of color and work against the denomination's principle of inclusiveness.

Its February statement maintains that earlier position but also endorses the Call to Action charge "to mobilize the whole church for vital and effective mission" and suggests thoughts on how to reach that goal.

"We affirm the Call to Action's vigorous Call for Leadership but would urge a heightened emphasis on differing dynamics of leadership that will reach a more racially diverse world parish," the statement said. 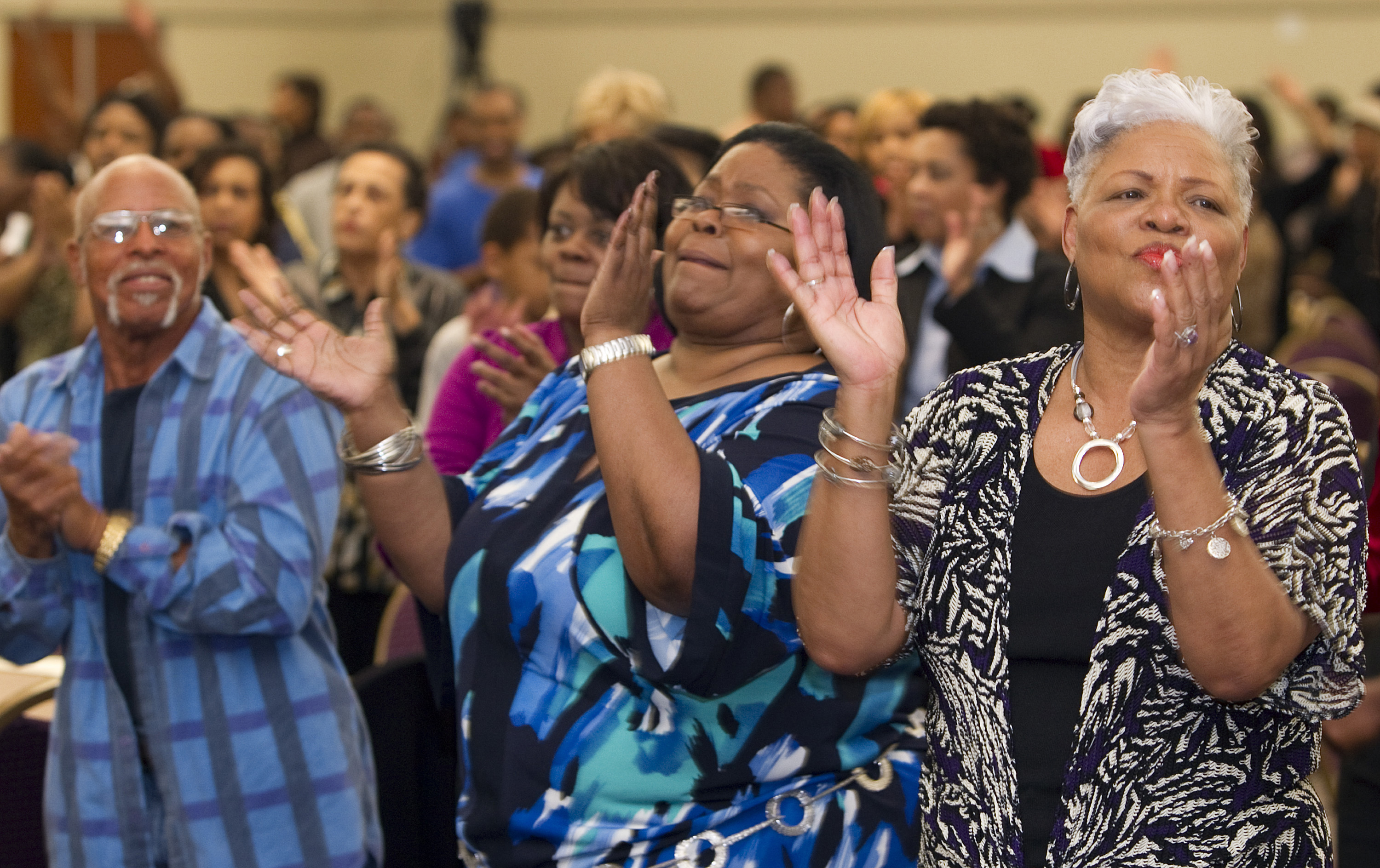 If The United Methodist Church wants to reverse decades of declining and aging U.S. membership, the denomination will need to do more to reach people of color, group leaders say. That means nurturing more leaders who are ethnic or racial minorities. It also means doing more evangelism among immigrant populations and making church more inviting for more people.

"We seek a structure where racial ethnic persons are not invisible," the statement says.

"We say we want to be diverse, but what are we showing the world? Look at our leadership," said Anne Marshall, chair of the Inter-Ethnic Strategy Development Group. She is also chair of the Native American International Caucus.

"You talk to younger generations and they'll say it doesn't matter what someone's color or race is, but then they'll turn around and say, 'I don't know if I will belong because there's no one who looks like me,'" she added.

The five Unified National Plans for Strengthening Ethnic/Racial Ministries offer tools to address this problem, the inter-ethnic group said. The group urges that any restructuring plan General Conference approves continue the work of the national plan. 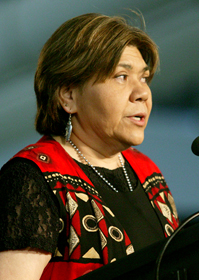 According to the 2010 U.S. Census, racial and ethnic minorities accounted for 91.7 percent of the nation's population growth during the previous decade. People of color are now the majority in Washington, D.C., and four states - Hawaii, New Mexico, California and Texas. Yet, the denomination's General Council on Finance and Administration reports that the church's U.S. membership has come nowhere close to matching this diversity.

The five national plans for ethnic ministries established by General Conference have begun the slow work of drawing more people of color into the pews, the inter-ethnic group leaders say.

Fewer women and U.S. people of color at General Conference

Because of declining U.S. membership, the U.S. jurisdictions will have fewer delegates to the 2012 General Conference than they did in 2008. That, in turn, has led to reduced participation of women and people of color from the United States, according to a report by the United Methodist Commission on the Status and Role of Women.

The commission has a full analysis.

These initiatives are the National Plan for Hispanic/Latino Ministry, the UM Council on Korean-American Ministries and the Asian American Language Ministry, all housed at the United Methodist Board of Global Ministries. In addition, the initiatives include the Native American Comprehensive Plan and Strengthening the Black Church for the 21st Century, both part of the United Methodist Board of Discipleship.

A petition before the 2012 General Conference would establish a sixth such initiative - the Pacific Islander National Plan. The UM Council on Korean-American Ministries is seeking to change its name to the Korean Ministry Plan to reflect its global scope.

Among their efforts, these ethnic initiatives work with annual (regional) conferences and local churches to help plant new congregations and identify, recruit and train new leaders.

The plans have a track record of fostering "growth in membership and worship attendance from our racial ethnic constituency and ensuring the presence of a younger generation," the inter-ethnic group's statement said.

Strengthening the Black Church for the 21st Century has concentrated on leadership development and church revitalization. It has established 17 Congregational Resource Centers to sponsor training events and partner with congregations in every U.S. jurisdiction. It also has launched a coaching network to work with predominantly African-American congregations.

The Korean plan since 2009 has started 23 new congregations and trained 1,000 people in small-group ministry, says the Rev. Paul Hak-Soon Chang, the plan's executive director. According to the Call to Action research, small groups are among the drivers of vital congregations. 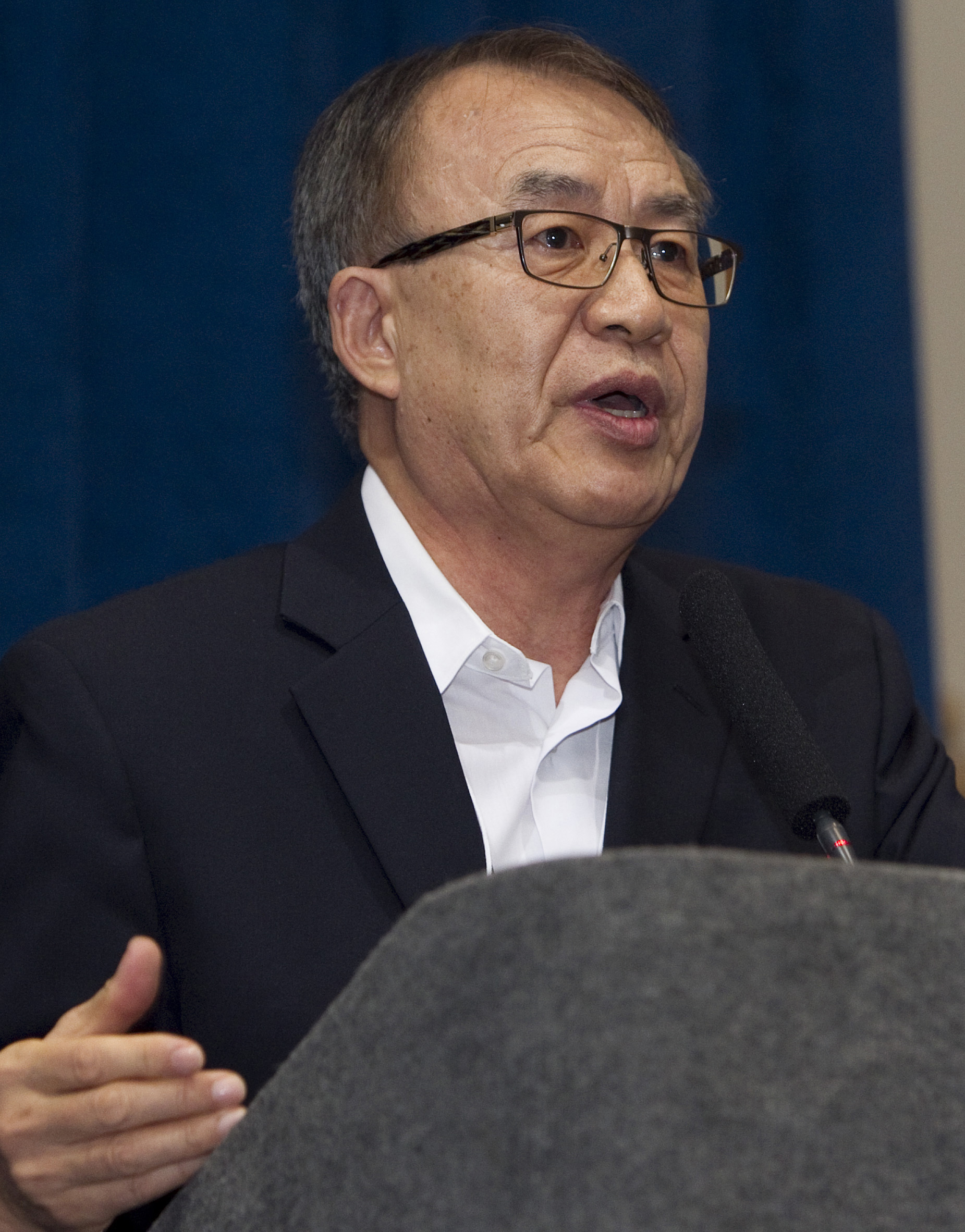 "I hope and I pray the national plan will continue so they can impact not only the Korean-American church but also help develop the second-generation leaders," Lee said.

However, in earlier decades, few United Methodists reached out to these recent arrivals. "That's why we as a general church need to show to Asian Americans, who are still coming in as immigrants, that we welcome them," he said.

Such a welcome requires establishing places where immigrants can worship with people who share their language and a connection to home, he said.

The Korean and Asian-American initiatives also help develop global partnerships between U.S. congregations and United Methodist missions around the globe.

"All these hyphenised-Americans living in this country have very close and strong ties with friends and relatives back home because most are immigrants or refugees," Jun said. "So they evangelize them &ellipsis and they start mission partnerships."

The ethnic caucus leaders consulted with the leaders of the national plans in drafting their statement. Leaders of the plans said they are concerned because they received little or no consultation about the new structure proposed by the Interim Operations Team, which developed the restructure proposal endorsed by the Connectional Table and Council of Bishops. The Connectional Table drafted the legislation. 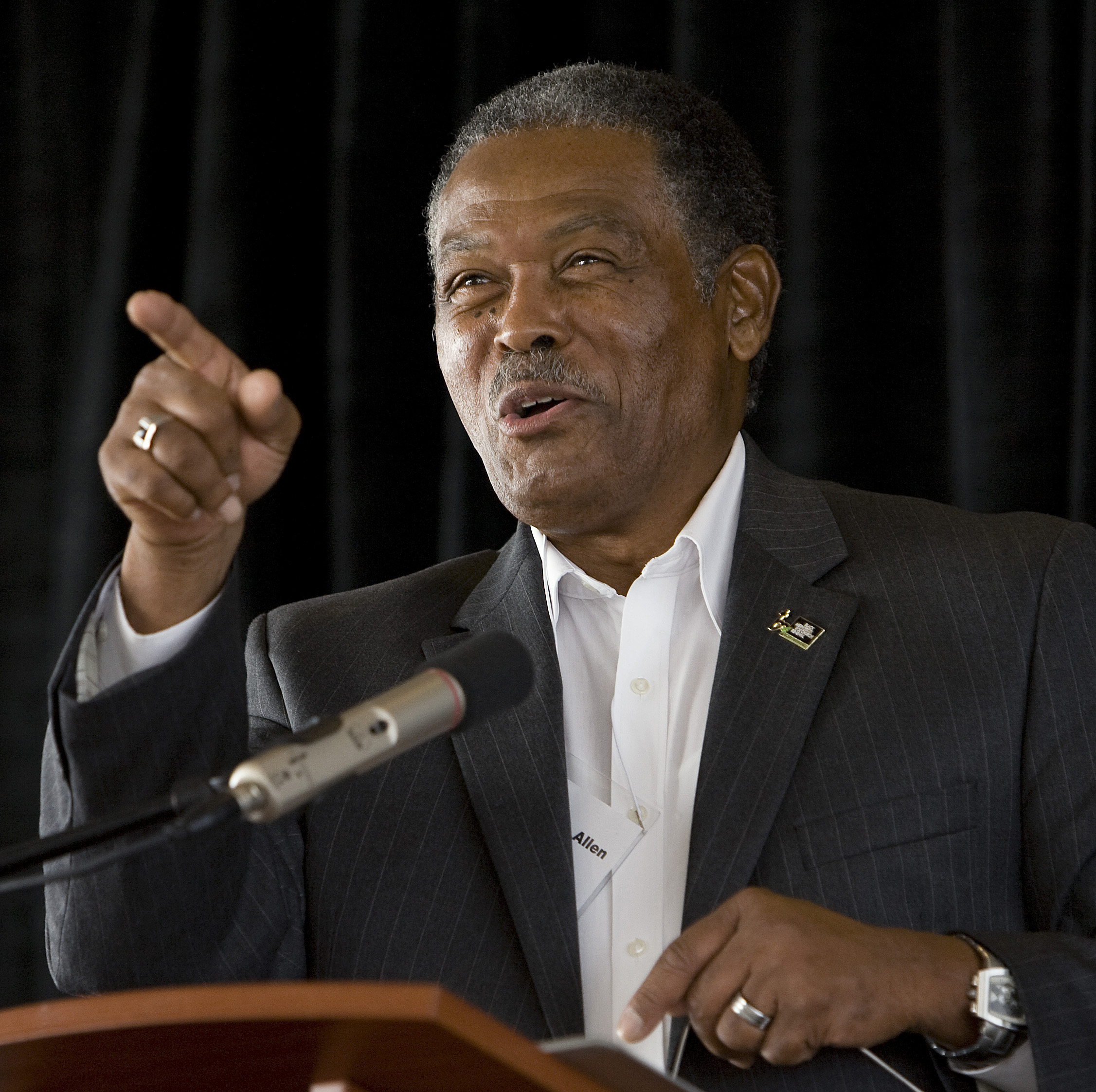 "We don't know where we fit," said the Rev. Fred A. Allen, national director of Strengthening the Black Church for the 21st Century. "We have not been convinced that the proposed restructure will either help or hurt where we are as the national plans." Retired Bishop Roy I. Sano, a signer of the inter-ethnic group statement and member of the National Federation of Asian American United Methodists, was even more pointed.

"The color blindness in the (Interim Operations Team) and (Call to Action) diverts us from the most pervasive missional challenges and opportunities in the massive global migration of people different from ourselves inundating our neighborhoods in the U.S. and in regions abroad," he said.

Neil M. Alexander, president of the United Methodist Publishing House, and Illinois Area Bishop Gregory V. Palmer have been leaders throughout the Call to Action process. They said in a joint statement that they have proposed "no retreat whatsoever" from the denomination's commitment to diversity.

"We expect diversity in the governing bodies and staff would be continued and expanded going forward," their joint statement said, "that the effective ministries of the national plans would be ongoing and, in fact, enhanced by consolidating the program services and resourcing of the general church."

The Rev. Jorge Mayorga Solis, a district superintendent in the Wisconsin Annual (regional) Conference, said the National Plan for Hispanic/Latino Ministries' partnership with his conference has led in the past 20 years to 13 new predominantly Hispanic congregations and at least 600 new United Methodists.

"Any restructuring at General Conference should not take away the national plans," he said. "They are providing a methodology and tools for ministry."

The project, 10 years in the making, shows that Korean clergy are younger on average than previously thought and reveals a significant gender gap in appointments to Korean churches.
Church Growth

United Methodist clergy age study shows modest growth period has been followed by drops in the number of both men and women elders under age 35.
Social Concerns

Can United Methodists be politically active? The Social Principles offer guidance about the interaction of church and politics.