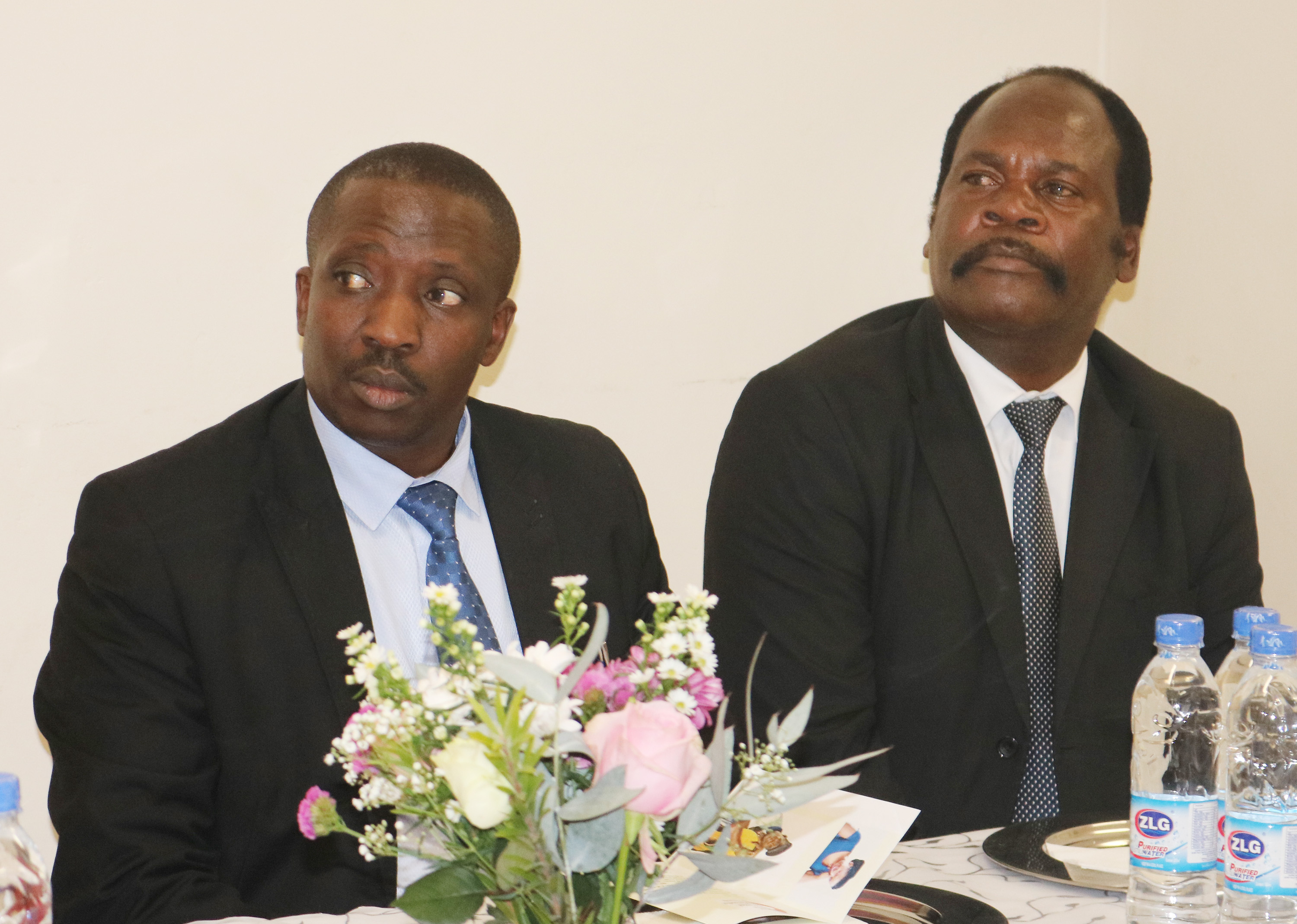 Music is a vital part of Walter Mujuru’s DNA: He is the music director for the United Methodist Zimbabwe West Conference, but concern for human rights is what makes his heart sing.

Onias Machisa, national director of the Zimbabwe Human Rights Association, credited Mujuru with adding “a voice to the system of our education awareness, specifically looking at socioeconomic and cultural justice in our country.”

Mujuru composed the song “Precious Gift” for a competition by all Zimbabwean primary schools for the National Association of Primary Heads. He also led the production of an instructional video accompanying the song “My Rights Your Rights” for a past Human Rights Day celebration. His song is dedicated to the girl child as a special gift from God.

“By creating pieces of music, on which we collaborated with the ministry of primary and secondary education,” Machisa said, “we had in mind an awareness which was supposed to be given to the people, with regard to gender girl child, peacebuilding in our country, as well as socioeconomic and cultural rights when we look at the right to education and health.

“Walter educates the people of Zimbabwe through music,” he explained, “which, indeed, went very far because we ended up celebrating United Nations International Human Rights Day (and took part in) a national competition on music” highlighting such issues.

Human Rights Day is celebrated on Dec. 10, the day the United Nations General Assembly adopted the Universal Declaration of Human Rights in 1948.

To Mujuru, it’s essential to instill the value of human rights in young people and protect, defend and promote social, economic, cultural, civil and political rights for all.

In his role as conference music director, which he began in late 2016, Mujuru said he continues to promote human rights by fostering religious and moral development with members through awareness campaigns, marching, inspirational speeches and public lectures.

He also plans to compose more songs “that seek to highlight the importance of acknowledging human rights to all mankind.”

In December, Mujuru will provide the music to spiritually inspire delegates at the Zimbabwe West Annual Conference in Murewa Mission.

At the beginning of the new year, he also hopes to start a school of music for The United Methodist Church for those interested in music careers and to cater to all of the musical needs of the denomination in Zimbabwe. The proposal is for the school to be housed at Nyadire Teachers College in the Mutoko-Mudzi district.

Barnabas Mutonga, Zimbabwe East Conference music director, said Mujuru is responsible for all music activities in the conference, including a variety of music festivals.

“My goal on music festivals,” said Mujuru, “is to foster a deeper understanding of the Gospel through music, deepen congregants’ sense of music appreciation and precipitate a sense of oneness to the congregants. Music heals and advocates for fitness. Congregants could dance, cheer up, ululate or simply clap hands.”

Tendekai Kuture, head of music at Africa University, has known Mujuru for about 10 years, having worked with him when he was a lecturer at Zimbabwe College of Music, which offers an Africa University music degree.

Describing Mujuru as a knowledgeable music educator and theorist, Kuture said he is “well-read in the history of music; very knowledgeable in Zimbabwean music styles; schooled in instrument playing; very reliable in the practice and performance of music; a knowledgeable choral teacher, instructor and director; and a reliable choral arranger, clinician and composer.”

Mujuru earned a diploma in education and a national certificate in music, completed his bachelor’s degree in ethnomusicology at Africa University and is studying for a master’s degree in music arts education.

He said he recognizes the importance of furthering his educational and professional nourishment, “so that I keep on getting the recognition to work for the Lord for the betterment of the congregants.”

United Methodists launched the Twins Association of Zimbabwe in 2016 to assist mothers of multiples, support children through school and empower them economically through various projects.
Faith Stories