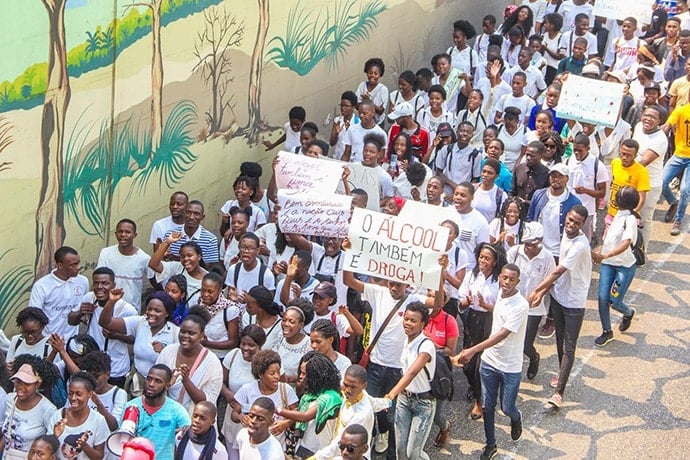 Nearly a thousand young United Methodists took to the streets of Luanda recently to march against different ills that afflict the Angolan society.

Members of the church’s youth organization spoke out about domestic violence, drug and alcohol abuse, prostitution and other social justice issues.

“As young Methodists, we dream of being able to change history and revolutionize our present context,” said Artur Manuel, the group’s general youth director.

“We believe it is possible to build a new Angola where difference through trust, faithfulness, work and faith in God prevails.”

The youth group held various activities in celebration of its 67th anniversary, ranging from the march to lectures and recreational and cultural events.

The 10-kilometer march took the young people to the Luanda provincial government, where they delivered a letter presenting various concerns and highlighting the significant increase in delinquency resulting from the social injustices many young people face.

“If we do not pay attention to this, we risk (this) becoming the (norm in society) and losing the notion of evil, where everything is allowed, everything is good through human eyes. This disappoints God (and) destroys the pillars that sustain a nation that cherishes itself.”

He said the church can play a role in turning things around. 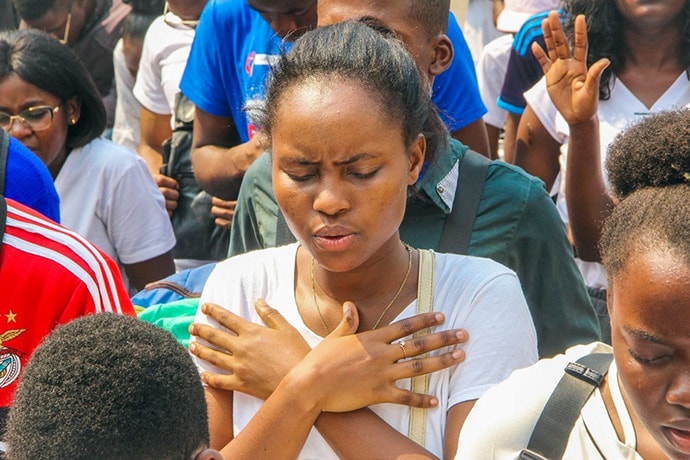 “Because where a young person is, there is hope. There is a future, as long as he or she knows that only with his or her support and combined efforts can we see our homeland smiling and growing ever better,” Manuel said.

The theme for the youth group’s recent celebrations was “Methodist Youth: 67 years in the Opposite Direction of the World,” based on the text of Romans 12:2a.

“Young people in the opposite direction of the world are young people dissatisfied with the ills that afflict our society today,” said Manuel. “These are young people committed to changing life’s paradigm that largely affects them.”

Luanda North District superintendent, the Rev. Moses Bernardo Jungo, said to be in the opposite direction of the world is to do what is right.

“(It) is to be the salt and light of the world. To be in the opposite direction of the world means to follow Biblical teachings.”

Jungo stressed the importance and pertinence of the theme.

“There is a need for young people to be ready to serve and better the church and societies.”

Marcelino Arsenio, a young person at Bethel United Methodist Church, said that society today needs to feel the presence of the church.

“The church needs to be more active against the evils affecting it, because the church is the moral reserve of this country,” he said.

Da Cruz is a communicator for the West Angola Annual Conference.

As students and staff mourn the loss of family and friends, AU provides emotional support and encouragement.
Global Health