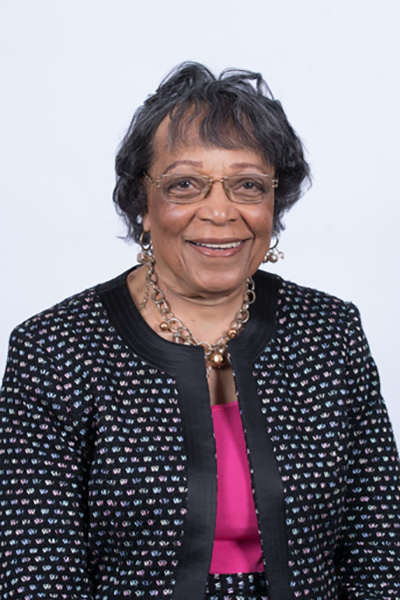 When we bought our first house in Detroit in the 1950s, we were the first African Americans on our street. When we moved, the children yelled out, “The N’s are moving in!” The neighbor next door put bricks in the double driveway so our car would not touch hers. A Japanese woman started a petition to ask us to move. We stayed.

It took a while for neighbors to get used to us and welcome us. Later, I organized a neighborhood club and we all worked together to keep up the neighborhood.

Moving around the country because of my husband’s job as the vice president of a fast-food chain gave us an opportunity to experience several incidents.

We lived in a home in California when my daughter was small and she made friends with a little girl across the street. They would play together.

One evening at the dinner table, my daughter said, smiling: “I’m a stupid N.” When I asked where she heard that, her response was that her friend across the street said so.

I immediately went to the girl’s mother and confronted her about what her daughter said. She said, “Oh my God, I told my husband never to say something like that.” I asked that the husband apologize and he refused to.

I prohibited my daughter from playing with her friend after that. They would sit on either side of the street just watching each other, not knowing why they could not play together. Soon, the neighbors put their house up for sale and moved away.

My daughter is now 60 years old and still vividly remembers that incident.

Another time, my husband and I went to a party along with another couple in an outlying white  area outside of Los Angeles, where a counterpart was celebrating promotions for himself and my husband. We had a company car. My husband was given a traveling luggage set and a bottle of whiskey.

On the way home, we were confronted by policemen who had lights on us and sirens sounding, and indicated for us to pull over.

Finally, they told us to get out of the car with our hands up. I had on a mink jacket, which the officers told me to take off, and we had to put our hands on the top of the car while we were frisked. My husband kept asking what we did, and the reply was that we had held up a store. After searching the trunk and finding the whiskey and suitcase, they thought we were the suspects.

They held the gun at my husband’s head and told him to get down on the ground. I kept asking them not to hurt him and saying that my child was at home. Finally, after looking at our identifications and calling the company where my husband worked, they let us go. While this was happening, there was a crowd all around. It was so humiliating.

The next day, my husband reported the incident to the police station, and they apologized.

Later, my husband got another promotion and we wanted to live in the area where we’d attended the party. We found a house and were shown the inside by the owner, but we were turned down after putting several offers up to the selling price. Finally, the real estate agent said the owner would not sell to us because we were Black and “you’ll ruin the neighborhood.”

I called the League of Women Voters for advice and they got an attorney from the ACLU to represent us. The Fair Housing Act of 1968 had been passed prohibiting discrimination concerning the sale, rental and financing of housing based on race, religion, national origin or sex. Our story was in the newspaper and my husband’s employer supported us.

We took the owner to court and won the case. He was told that he had to sell the house to us. We turned it down and told him we did not want it, but said the next time a Black person offered to buy the house, he should remember what he had gone through with us.

I hope the incidents that we experienced show the humiliation that one experiences when confronted with racism.

Talley and her husband of 71 years, Alfred, are members of Hope United Methodist Church in Southfield, Michigan.