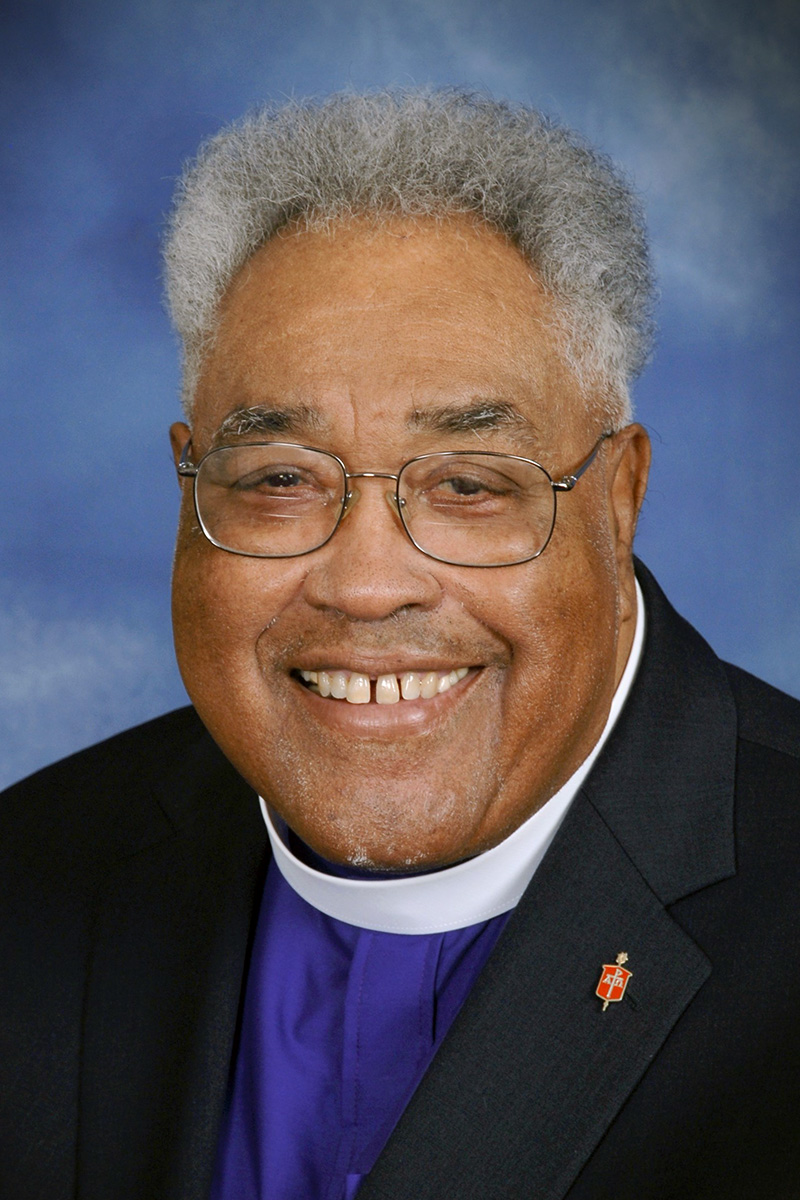 As we begin a new year, we cannot help but reflect on the large divide within our society — the political, ideological and cultural chasms. This divide, combined with a pandemic, limits our ability to relate to different perspectives.

I would suggest that the underlying issue at the heart of our stress is that we, as a nation, have refused to address or take seriously human relations, equity and our historical racial divide. The United Methodist Church is likewise affected by these dilemmas, which is why we are currently prioritizing the theme of “Dismantling Racism.”

To understand any current stress points, one must always look to history. Jon Meacham, a contemporary American historian, in his book “The Soul of America: The Battle for our Better Angels,” recounts episodes throughout American history when we struggled with Abraham Lincoln’s term “our better angels.”

Meacham reminds us that we never brought closure to the Civil War, nor ever really addressed the systemic racism that led to the enslavement of human beings from the African continent; and further, that in those instances where we took two steps forward, there was an equal backlash.

It was much like Isaac Newton’s third law of motion, that for every action there is an equal and opposite reaction. It would seem that this ambivalence continues to this day, and resides in the political and social strife.

The slave catchers and slave owners invested enormous energy in propaganda warfare to justify the anti-human enslavement of a people solely on the basis of the color of their skin. In those early days, they formulated the BIGGEST LIE IN AMERICA, that Americans of African descent were biblically and scientifically inferior to whites.

Those purveyors of evil quoted scripture out of context and emphasized visual differences to justify white supremacy. They did not know that, years later, anthropologists and paleontologists would unearth evidence to prove that the human race evolved from the northeast section of the African continent. Further, that bio-geneticists, in analyzing the DNA makeup of human beings, have determined that all human beings share over 90% of the same DNA, leaving less than 10% to determine color of eyes, hair texture, size, skin pigmentation and a variety of minor differences.

Meanwhile, there were Christians who supported the Underground Railroad and the Abolitionist movement and preached that “God so loved the (whole) world … that whoever believes shall be saved.” Peter’s vision in Acts 10 is illustrative of the Good News:

Peter began to speak to them: “I truly understand that God shows no partiality, but in every nation anyone who fears Him and does what is right is acceptable to Him.”

After the Civil War and Reconstruction, many in the South would not accept defeat. They built monuments and roads to celebrate Confederate heroes and rewrote history, categorizing slavery as good and enslaved persons as immoral, lazy and incompetent. In spite of the 13th and 15th amendments to the Constitution, this propaganda continued for 100 years, in legal forms of forced segregation, Jim Crow, discrimination and the use of lynching as a tool of punishment toward “uppity Blacks” and intimidation of their sympathizers via the Ku Klux Klan.

This pervasive indoctrination’s success was due to its presence via every communication media, including newspapers, comedy routines, movies, sermons, literature and textbooks. That is precisely how systematic racism spread throughout the land and continues to do so.

It is no coincidence that in the 1800s, the United States also ventured on what was called “The Manifest Destiny,” with the goal of spreading the nation from sea to shining sea, in spite of whoever or whatever got in the way. Native Americans were overrun, their culture and land were devastated, hundreds of thousands were murdered, and those remaining were herded into uninhabitable lands because the white man’s supremacy was a priority.

Two years ago, The New York Times initiated the 1619 Project, led by Nikole Hannah-Jones and other Black historians. They focused on the assumption that U.S. history has been inextricably linked to racism since the first slave ship arrived. Some political activists attacked any attempt to teach full American history, painful though it may be. Yet, there can be no solutions in any relationship without shared facts.

School segregation was ruled illegal in 1954, and the U.S. government and states began to implement varied forms of inclusiveness. The Civil Rights Movement took root, climaxing in the March on Washington in 1963, led by the Rev. Dr. Martin Luther King Jr. and highlighted by his “I Have A Dream Speech.”

These were the first major oppositions to the BIGGEST LIE IN AMERICA. But after President Lyndon Johnson signed two specific bills giving Blacks complete inclusion in public places and an equal voting rights law, the Newtonian theory kicked in, and a backlash formed and continues.

When George Floyd’s murder by a policeman in 2020 was seen on video by millions of Americans, the once-hidden crimes and abuses of some police officers and others, along with a system of inequity, were exposed. The Black Lives Matter demonstrations by multiracial groups in cities large and small all across this nation and around the world signaled another advance for our better angels. But again, a backlash occurred, as many persons refused to give up on white supremacy and all the privileges that went with it. This backlash spilled over into politics and a variety of other issues.

Historically, Americans have always rallied together around a common cause. Why not now? What is the difference? Could it be that in America, many define “us” and “we” as White America and its privilege? Nor should we ignore the fear from many whites that, by or before 2050, whites will be in the minority in this country.

Meanwhile, where does the church stand in all these matters?

From the beginnings of Methodism, John Wesley’s uniqueness was his fervent evangelism that was combined with a sensitivity and care for the dispossessed. As he once said, “There is no personal holiness without social holiness,” which is why he found slavery such an abominable sin. Yet, despite Wesley and the attraction of large numbers of free and enslaved Blacks to Methodism, the denomination struggled with the question asked by more than one General Conference: “What shall we do about the Negro?”

Alongside many acts of discrimination and unequal treatment of outstanding pastors and preachers through the 1800s, the Black Methodist church grew and flourished. It should be no surprise that its greatest growth occurred after the separation of the denomination, north and south, in 1844 and the end of the Civil War.

The northern church could now freely support the Abolitionist movement, while fighting slavery politically and socially, and it could support its vast evangelistic endeavors. The Civil War was nearing an end, and the General Conference determined that it was time to officially send missionaries to the South in large numbers.

This they did, and the response was overwhelming, and at the General Conference of the Methodist Episcopal Church of 1868, they determined in consultation with Black churchmen that they would organize Negro Missionary Conferences, mostly in the South. Over the next few decades, they struggled with Jim Crow laws that were upheld by the Supreme Court, limiting some interracial activities.

Yet the better angels prevailed, and over the next 26 years, the churches grew, as did pastoral leaders such as Charles Albert Tindley, who rose from an illiterate church janitor to preacher of one of the largest churches in Philadelphia. He composed more than 60 hymns and was called by some the bridge between spirituals and gospel songs. White pastors were gradually replaced by Black pastors, most of whom were given certification as clergy.

By the year 1900, Black membership was 1,705 ministers in full connection and 3,398 churches, and membership had grown from 23,000 members to 238,974 members, the majority of whom were in the South. And the North church, led by women, and the Freedman’s Aid Bureau of the Church, organized welfare programs, schools for children, and built and oversaw academies and colleges, including our current 11 United Methodist-related historically Black higher education institutions.

All of the above was the result of a combination of people of good will from both races, our better angels, plus perseverance of Black leaders, like Mary McLeod Bethune, unofficial adviser to President Franklin Delano Roosevelt, and the Holy Spirit.

Amid a period of growth and vitality, in 1939 came the demoniac decision to re-unite the north and south through the creation of a Central Jurisdiction, where these Negro conferences and most Black churches were to become legal separate entities, as Black folk were laid on the sacrificial  altar of unity. Black conferences, though heartbroken, pledged and worked loyally together in the hopes that unity might be soon restored.

I became a local preacher in the Central West Conference, while living in Lincoln, Nebraska. To go to annual conference, we drove 500 miles to Denver to the west, and the next year, 400 miles to St. Louis to the south, with a district conference spread out over 200 miles in radius. Meanwhile, due to discrimination, resources were limited, while hundreds of white Methodist churches were all over Nebraska, some within walking distance.

But that was then, and this is now.

Historically, Methodism was a microcosm of the nation. It therefore follows that the search for the soul of America is likewise the search for the soul of United Methodism. Yet this rich diversity is our strength and can be our liability. It should be no surprise that such a diverse church is now facing its most difficult days, since diversity is an enemy of solidarity and homogeneity a friend to togetherness. What we are experiencing today is directly connected with the stress of 200 years of seeking inclusivity.

Blacks were in Methodism from the “git-go” and are still involved in every aspect of the church’s life. It has not been easy, yet we stayed because, first, it is our church too; second, we want to be a part of its renewal; and finally, we believe in its unique mission to save the whole person in order to save the world.

We’ve come this far by faith, leaning on the Lord, and we don’t believe He brought us this far to leave us.

Bishop Stith is bishop in residence at Asbury United Methodist Church in Washington, D.C., and he is the president emeritus of the African American Methodist Heritage Center. He resides in Upper Marlboro, Maryland.