The church agency that administers United Methodist pension funds and benefits programs is making progress toward improving the effects of church investments on the environment, but some believe changes are coming too slowly.

Wespath, based in Glenview, Illinois, is a nonprofit agency that has been serving The United Methodist Church for more than a century. Together with its subsidiaries, Wespath invests more than $24 billion in assets on behalf of more than 100,000 participants and more than 130 United Methodist-affiliated institutions.

“We believe that the global transition to a low-carbon economy is happening, and that this transition is going to create winners and losers across countries, industries and companies,” said Anita Green, director of sustainable investment services for Wespath Benefits and Investments. “As a prudent fiduciary, we need to be managing those risks.” 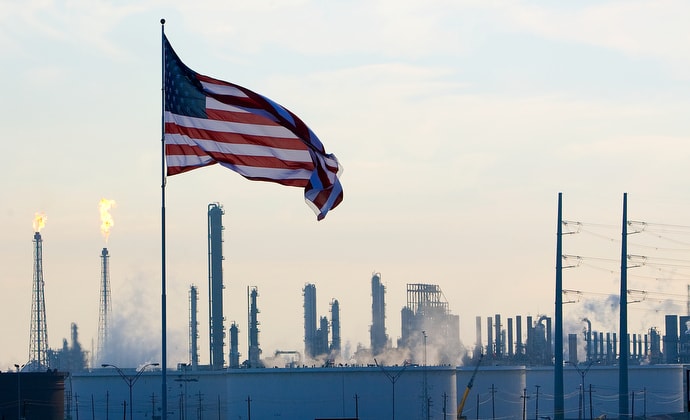 A U.S. flag flies above an oil refinery near Houston, Texas, in 2008. Wespath, the United Methodist pensions and benefits agency, is under pressure from environmental advocacy groups to divest from fossil fuel companies in response to concerns over climate change. File photo by Mike DuBose, UM News.

“We believe a sustainable economy promotes healthier financial markets and resilient companies, and ultimately, greater financial security for those we serve,” said Barbara Boigegrain, top executive of Wespath, when the sustainability investment report was released June 24.

But Wespath is not moving quickly enough with divestment, said Marie Kuch-Stanovsky, a volunteer for Fossil Free UMC, a group of United Methodists who want the denomination to get out of the fossil fuel business altogether.

“As the largest faith-based pension fund in the world, the most impactful thing Wespath can do to promote a low-carbon future is fully divest from fossil fuels,” Kuch-Stanovsky said.

“As long as we remain invested in the fossil fuel industry, our United Methodist dollars perpetuate a root cause of the catastrophic harm of climate change. Divestment offers a way to live out our Christian calling, mitigate financial risk and create the systemic change needed for a thriving sustainable future.” 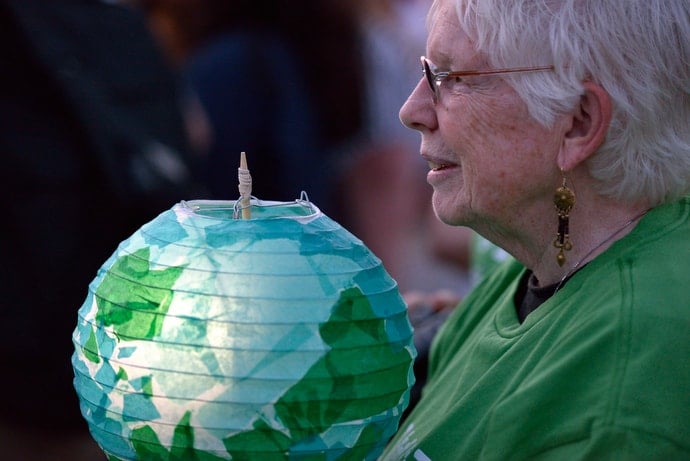 A participant holds a lantern during a climate vigil outside the 2016 United Methodist General Conference in Portland, Ore. The lanterns were lit with a small solar light and following the vigil were sent to community groups in the Philippines, the Democratic Republic of the Congo and the U.S. File photo by Paul Jeffrey, UM News.

Climate change has long-term consequences. According to the Union of Concerned Scientists, these include more frequent and extreme heat, rising seas and increased flooding, longer and more damaging wildfire seasons, more destructive hurricanes, a longer and more intense allergy season and the spread of insect-borne diseases.

In 2017, Wespath added an environmental item to its list of beliefs that help guide where money is invested. Since 2014, the agency has placed some limitations have been placed on investment into thermal coal across every Wespath fund, Green said. In 2018, one equity and two bond funds were launched that are 100% fossil fuel free. 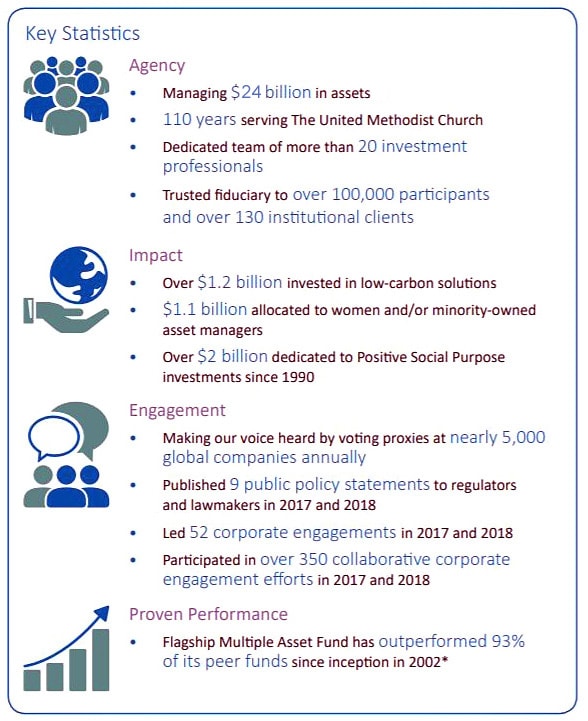 Investment managers who offer low-carbon portfolios have been hired, and possible company investments are evaluated on how well they are preparing for a low-carbon economy.

“Wespath has invested $750 million in U.S. and international equity funds who are investing with preserving the earth in mind,” Green said. The agency has invested 6% of its total $24 billion in assets in companies devoted to low carbon emissions.

The next step is to spread the strategy to more asset classes and see if it continues to work, she said.

Wespath is also trying to influence fossil fuel companies where it has investments. In 2017, Wespath filed a shareholder resolution with Occidental Petroleum asking for better climate risk disclosures. The resolution passed, the first time such a resolution has been successful in the U.S.

“The Occidental Petroleum disclosures show just how low the bar is for the fossil fuel industry,” Kuch-Stanovsky said. “They have merely agreed to release information, not to any actual change in their harmful business model.”

Occidental Petroleum’s report specifies that the company will use their fossil fuel reserves as long as it is legal and there is demand. Company officials say in the report that they will only rely on lower-emission fossil fuel options if the markets or governments require it.

“These are reserves that climate scientists say must stay in the ground to curtail climate change,” Kuch-Stanovsky said. “The seat at the table in the fossil fuel industry is not creating the systemic and social change needed for a truly low-carbon future.” 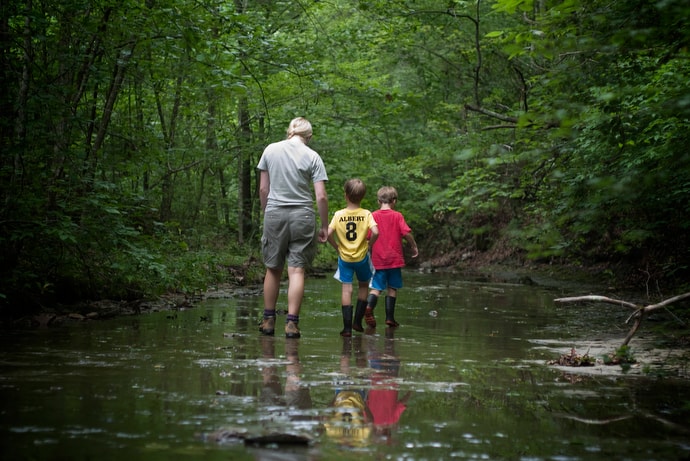 Seasonal naturalist Mary DuBose leads a discovery walk for children along Henry Creek at Beaman Park in Nashville, Tenn., in 2011. In 2017 Wespath added an environmental item to its list of beliefs that help guide where money is invested. File photo by Mike DuBose, UM News.

At its Illinois headquarters, Wespath has a “Green Team” that follows through on the agency’s environmental direction.

“Earlier this year we launched a composting program at Wespath,” Green said. “With our composting in addition to the recycling that we’re doing, we estimate that we’re diverting about 70% of our waste from the landfill.”

After consulting with its electricity provider, the Wespath facility is powered by 100% green energy.

Officials of the United Methodist Church’s pension and health benefits agency met with central conference representatives to discuss pension plan sustainability in a challenging period for the denomination.
Mission and Ministry

Church officials are maintaining a delicate balance between meeting the goal of cutting greenhouse-gas emissions and running effective ministries that use energy. A one-year progress report was issued April 19.
General Church

Hendren aiming for stability at Wespath