Big and painful changes in a short window of time are the only way to preserve planet Earth’s ability to continue hosting human life. That was the consensus at the 2019 United Methodist Creation Care Summit.

“Recycling, getting rid of Styrofoam and driving a Prius just ain’t going to be enough,” said the Rev. Pat Watkins, a retired missionary with the United Methodist Board of Global Ministries. “Good, sustainable, permanent solutions to climate change and other environmental degradation will require world transformation.” 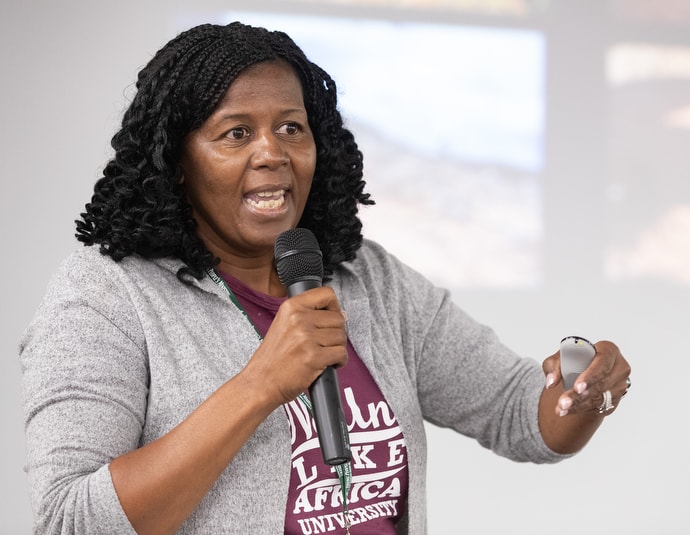 Zanelle Furusa, a lecturer at United Methodist-related Africa University in Zimbabwe, speaks about Cyclone Idai in the Indian Ocean and other effects of climate change during the 2019 United Methodist Creation Care Summit at Scarritt Bennett Center in Nashville, Tenn. Photo by Mike DuBose, UM News.

The summit, held July 11-14 on the campus of the Scarritt Bennett Center in midtown Nashville, drew 200-250 participants in search of ways to ramp up the fight against global warming. Small groups met and reported about everything from the green-friendly investing of pension funds to being persistent with bishops, elected representatives and others with the power to help.

“If we take seriously what our best climate scientists are telling us, we have about 11 years to really turn this very large ship around to address the problem that we’re dealing with in an effective way,” said the Rev. Mark Y. A. Davies, the Wimberly Professor of Social and Ecological Ethics and director of the World House Institute for Social and Ecological Responsibility at Oklahoma City University.

Consequences of global warming in the long term, according to the Union of Concerned Scientists, include more frequent and extreme heat, rising seas and increased coastal flooding, longer and more damaging wildfire seasons, more destructive hurricanes, the flooding of coastal military bases, risk to national landmarks such as Ellis Island and the Everglades, increased air pollution, a longer and more intense allergy season, the spread of insect-borne diseases and heavier rainstorms and flooding.

“We’re looking at how we can change our individual behavior, how we can drive less, how we can use less plastic, and all those things are extremely important,” Davies said.

“But unless we change the systems — the economic system, the transportation system, energy system, the political system — we’re not going to get to where we need to be in the amount of time we have left to get there.”

“Creation care has been a mandate and a call that runs throughout Scripture, but as a church I think we can say ‘We have failed,’” Lee said. 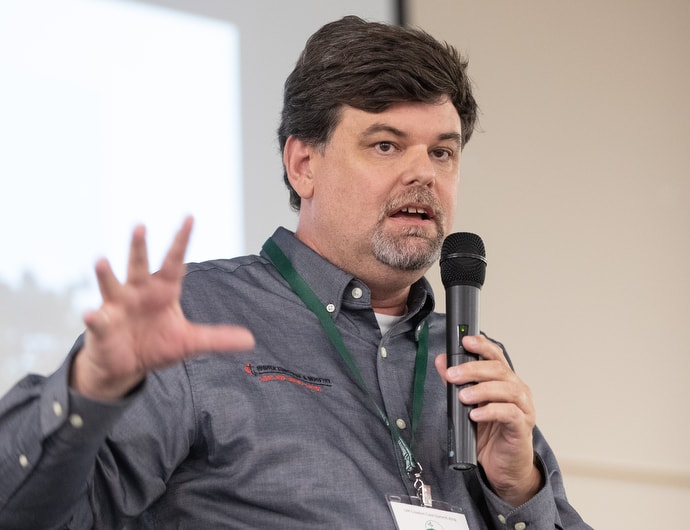 The Rev. Mark Y. A. Davies says we have about 11 years to address climate change before it is too late. Davies, director of the World House Institute for Social and Ecological Responsibility at Oklahoma City University, helped lead an international panel discussion during the summit. Photo by Mike DuBose, UM News.

“We have commodified all God’s creation and people and nations,” she said. “The climate crisis and sea levels rising are directly caused by the extraction and burning of fossil fuels that pollute the bodies of marginalized communities.”

With just over 4 % of the world’s population, the U.S. is responsible for almost a third of the excess carbon dioxide that is heating the planet, according to The New York Times.

“We have a great responsibility,” Lee said. “We have the opportunity to address and stop the climate crisis.”

Strategies to turn around climate change must become much more urgent as well as systemic, summit attendees agreed.

“As individuals we mean nothing (in the climate change effort),” said the Rev. Adam Burns of United Methodist Church of the Reconciler in Birmingham, Alabama. “It’s got to be the total globe.”

Church members need to do whatever it takes to get the attention of church officials and elected representatives, said Mike Koob, who works on creation care issues in the Baltimore-Washington Conference.

“You have got to get in their face,” he said, quoting Ernest “Rip” Patton, a civil rights worker and freedom rider in the 1960s, who spoke at an earlier summit session Koob attended. 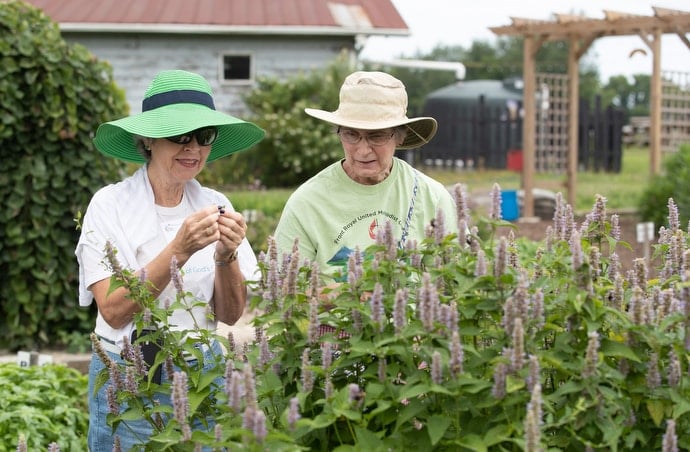 Christina Krost is an outreach coordinator for Faith in Place, a Chicago-based ecological organization that promotes climate change, sustainable food and land use and water preservation.

“My senator, he knows my number and he screens my calls,” Krost said. “So does my (House) representative. But I know where he goes to church and I know who his pastor is, and I have coffee with her regularly. So let’s get a little more comfortable with that kind of engagement with our public officials.”

Some Christians feel insulated from climate change issues because they believe they will be moving on to a better afterlife anyway, said the Rev. Nancy Victorin-Vangerud, chaplain of Hamline University in Saint Paul, Minnesota.

“I don’t personally believe that Jesus is actually coming back on a cloud,” Victorin-Vangerud said. “So my eschatology – that’s a nice theological term about the future – I think Christ is with us still. I don’t wait for Christ to come again or think God’s going to get us out of this mess.”

Research by Erica Chenoweth of Harvard Kennedy School and Maria J. Stephan of the U.S. Institute of Peace, published in their book “Why Civil Resistance Works,” determined that it takes the active and sustained participation of just 3.5% of the population of a nation to turn the tide on an issue.

In the U.S., that would mean 11 million people.

“Are we being bold enough in caring for God’s creations?” Lee said. “Will we engage in nonviolent civil disobedience if that is what we sense God calling us to do?”

“Let’s do our part in being and joining the 3.5%, wear our hats proudly as United Methodists and … cut our dependence on the legalized drug of fossil fuels and instead be fueled by clean and renewable energy that advances justice and equity for all.”

Pastor says it’s time to move beyond binary thinking about abortion and have a broader conversation.
Global Health