I am on the Wesley Pilgrimage in England sponsored by Discipleship Ministries, the General Commission on Archives and History, and the General Board of Higher Education and Ministry, all of The United Methodist Church.

I have only experienced two days of the Wesley Pilgrimage in England, but I am already struggling to share all I’ve experienced. 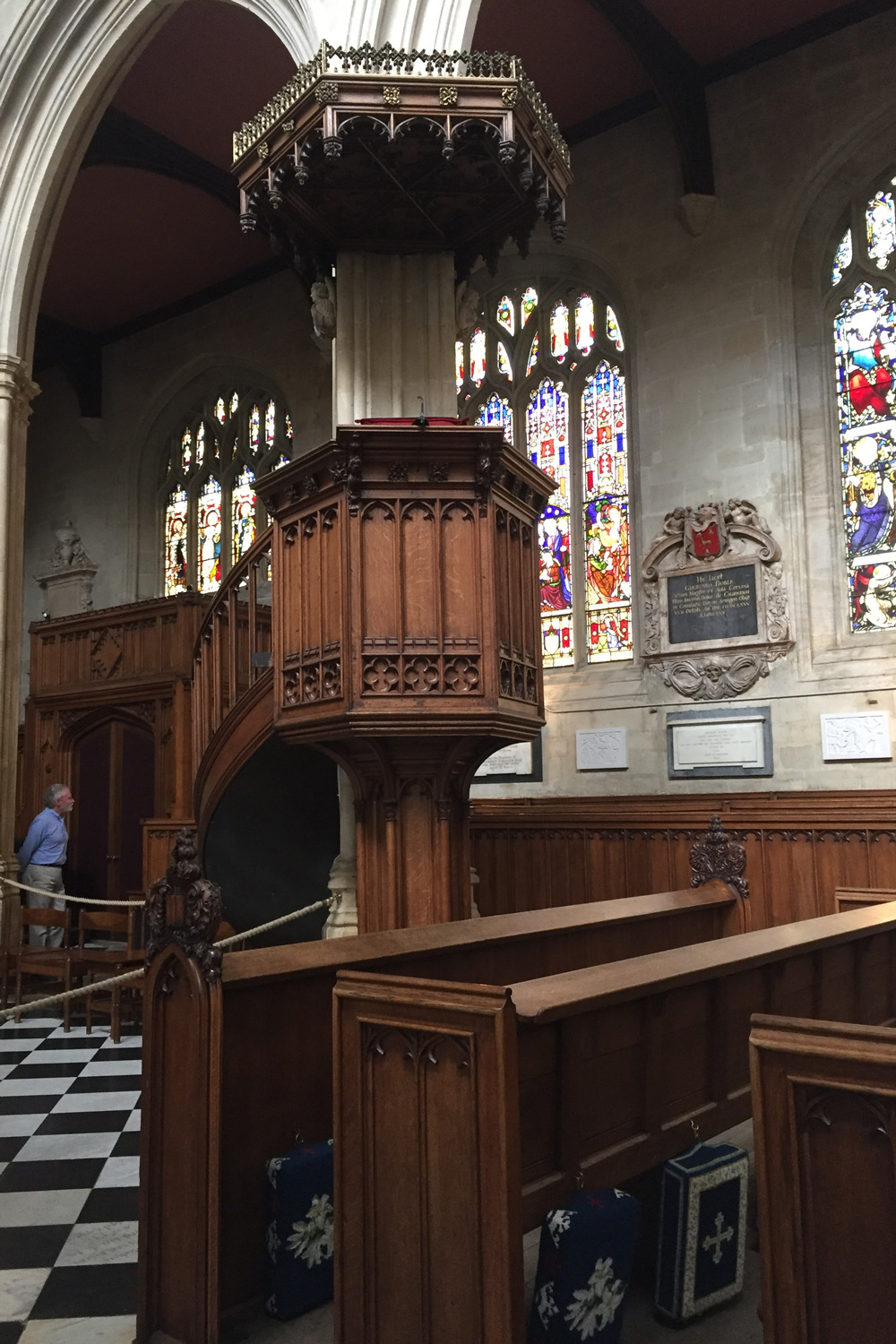 Yesterday, Tuesday, July 12, 2016, was almost surreal. We pilgrims traveled to Oxford University to study the earliest days of the Methodist movement. At Wesley Memorial Church, we heard a lecture about Oxford – the University and the city – in the days of the Wesleys. From henceforth, I shall say I’ve studied at Oxford.

Later in the day, I walked streets and alleyways where John and Charles Wesley, the founders of the Methodist movement, walked. I stood near the altar at Christ Church where both were ordained, and photographed a portrait of John Wesley in the dining hall of the college that proudly celebrates both brothers as famous alumni. I walked the quads at Lincoln College where John served as a fellow.

It was fun to walk in their footsteps and try to imagine what it was like for them, but we are here for far more.

At St. Mary’s Church, the University Church in Oxford, where John preached several times and Charles at least once (I think), I took a different approach. I chose to take the view of a congregant.

I paused to sit in a pew with a good view of the pulpit. From there, I tried to imagine being in attendance on June 11, 1738. Just about three weeks after his Aldersgate experience, John preached a sermon that would become Standard Sermon #1, “Salvation by Faith.” 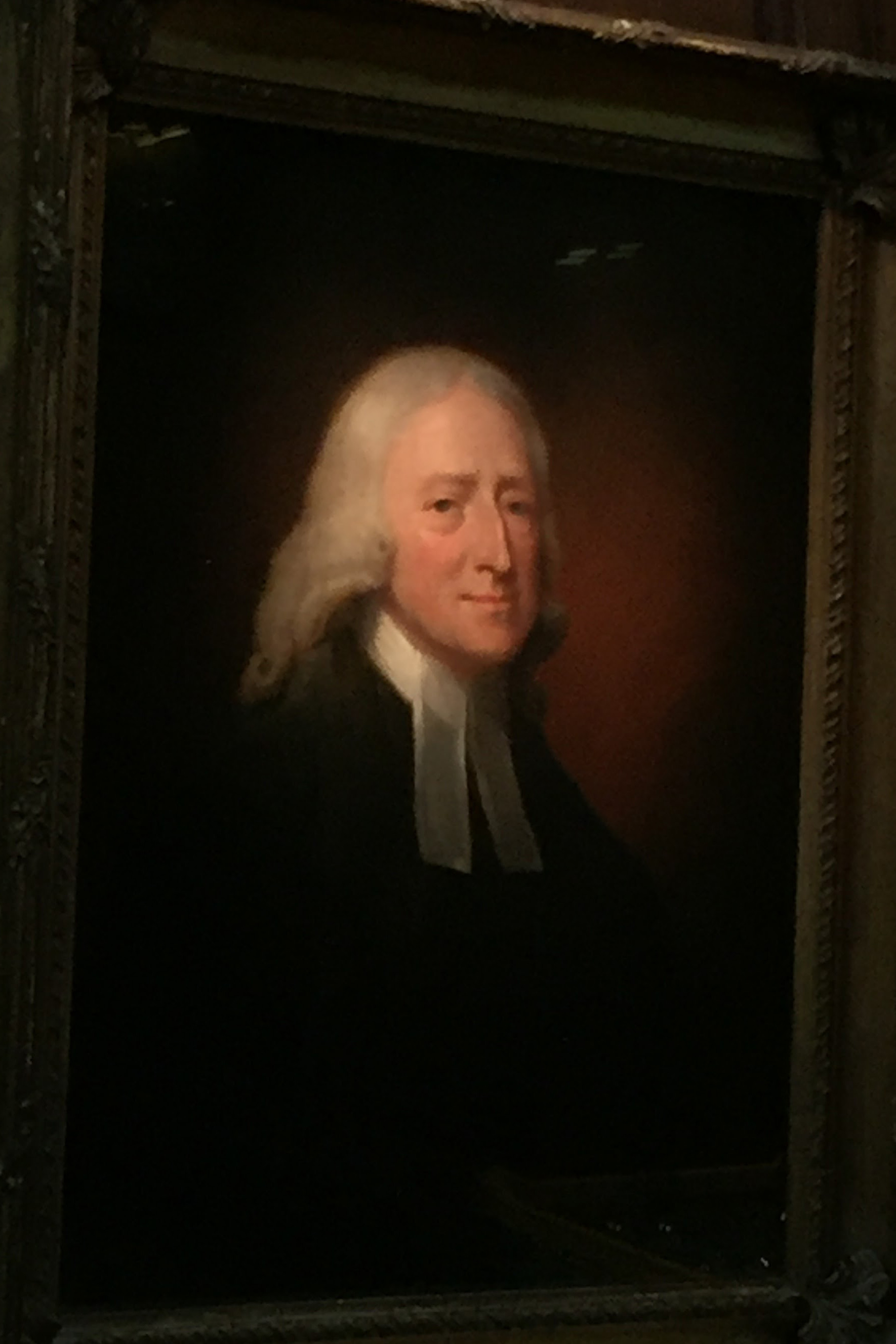 What would I have taken away from Pastor John's sermon that day?

I hope the call to offer Christ to everyone—the poor, the young, the non-believers, the uneducated—would have stirred the Spirit within me. I hope seeing this Oxford educated clergyman talking about loving everyone would have called me to a deeper relationship with Christ.

In 2016, I know this is the thing for which I long. I want my ears to be open to hear where Christ is leading me. I want to feel the fresh wind of the Spirit motivating me to serve in new ways. In the words of “Salvation by Faith,” I want to have the love of God shed abroad in my heart through the Holy Ghost!

The year 2019 was an eventful one for The United Methodist Church. Photographers from UM News, the denomination's official news service, documented a year in the life of United Methodism worldwide.
General Church

United Methodists this year marked the passing of a revered hymn composer, a beloved Zimbabwean lay leader and a man who used his funeral to bless his community.